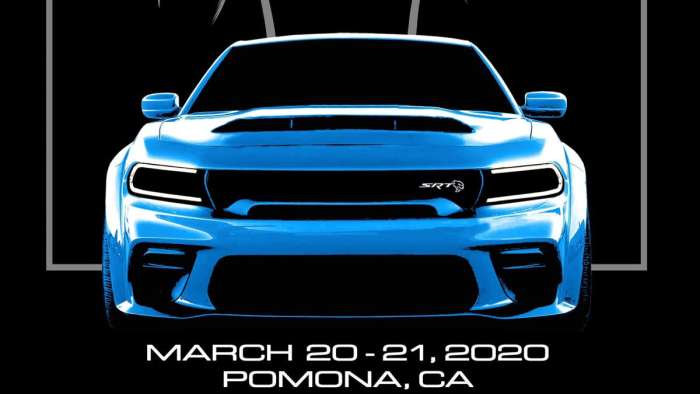 A great many people believed that the 2020 Spring Festival of LX would bring about the grand debut of the Dodge Charger SRT Hellcat Widebody Redeye, but with the massive Mopar show being postponed over fears of Coronavirus, it is unclear what the future holds for any news-worthy reveals planned for March 20 and 21.
Advertisement

Late last month, we talked about the interesting Dodge Charger SRT Hellcat Widebody shown in the promotional images for the all-modern Mopar show in Southern California known as Springfest. Click here for a look at that initial piece. The event is actually called the Spring Festival of LX and 2020 would have marked the 15th anniversary of the annual event, but sadly, the organizers made the tough call to postpone the show due to fears of an outbreak of coronavirus.

Having attended Springfest in the past, the decision to cancel the event is surely disappointing for attendees, but with the public reaction to the new illness, the decision makes sense. There is a message on the website that the organizers are in the process of refunding money to attendees and vendors, but donations to charity – Every 15 Minutes – can still go to the cause. Anyone who planned on going to the event should check out the official website for more details.

*Update - It has been pointed out to us that Springfest has been "postponed" and that it is "best that we reschedule for another date", but no other date has been listed. With refunds being processed for attendees and vendors, it seems that there are no immediate plans to hold the event right away. In short, the event has seemingly been postponed until further notice, but from the outside, it seems as though the event will not be held this spring. My apologies for this mistake.

We imagine that Springfest will be back, better than ever in 2021, but there is still the question of the widebody Charger Hellcat shown on the event promotional images. Many people believed that those images suggested that the Redeye version of the Hellcat Charger would debut at Springfest. Now that Springfest has been postponed, all of those people want to know where that debut will take place.

Skeptical of a Redeye Debut
If you didn’t catch our initial piece about the Springfest event image with the mysterious Hellcat Charger, I don’t believe that Dodge would show the vehicle in advance like this. Had the promotional images showed a covered car, similar to the promo images for the 2019 show where the first widebody Charger was introduced, there would have been far better chances of a big debut, but it seems highly unlikely that they would just show a car off like this without any fanfare. 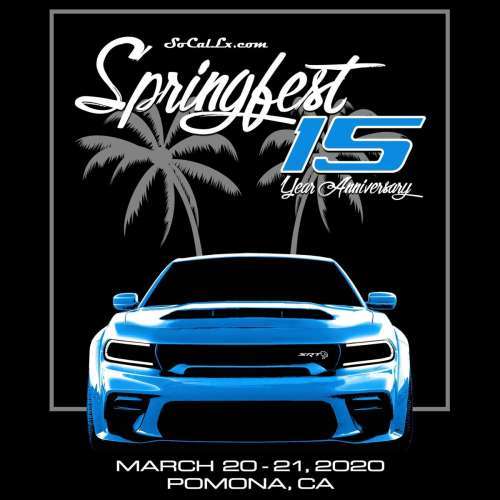 That being said, I cannot explain what this Dodge Charger might be. Perhaps it is a custom car, owned by an attendee, with a Demon-style hood. Perhaps it is just something that an artist created for the images, using the hood shown on the Charger in the newest Fast and Furious 9 trailers. Maybe it is a new hood design that Dodge plans to use for the 2021 model year. We don’t know, but I believe that when the Redeye is introduced, it will be shown will far more attention than on an event promotional image.

We have reached out to FCA and Springfest, asking if there is any information available on any planned debuts, but we have not heard back. The problem here is that if there was a surprise debut planned for March 20 or 21 and it has been pushed back, asking about this car may fall under the category of “we do not discuss future product plans”.

In any case, we will report back if we get more information from the automaker or the event organizers. In the meantime, if there was a debut planned for Springfest, there are a few possible options for the rescheduled debut. Mind you, this debut may not have been the Redeye – it could have been a new hood design or something completely unrelated to the modern Charger.

Possible Debut Alternatives
If Dodge had planned to introduce something new for the production Charger SRT Hellcat Widebody at Springfest, no matter what it is, the most logical event to showcase that debut would be the New York International Auto Show in April. The problem with that move is that the Charger may draw attention away from other debuts, and the word on the street is that the Durango Hellcat will debut in the Big Apple. 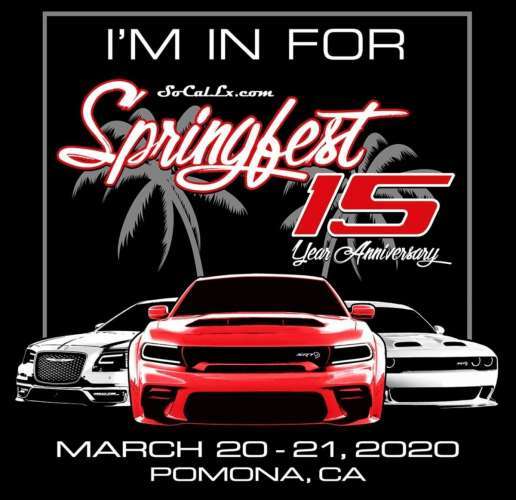 Of course, if the debut wasn’t that big of a news story, the company could just reveal whatever it is online, but after the NYC show, the next big automotive event is the Detroit Auto Show in June. If the news pertains to something for the 2021 model year, it may not be a problem for Dodge to wait until June, but that is a long wait for enthusiasts who planned to know more about this mysterious Charger on March 20.

So for now, we don’t know when we will learn more about the Dodge Charger SRT Hellcat Widebody shown on the Springfest promotional images, but as soon as there is more information, you will find it here on TorqueNews.com.

Heidi Miller wrote on March 10, 2020 - 7:14am Permalink
Patrick Rall you insert a correction in here only after you are checked down by the event organziers of Spring Fest for more garbage reporting. How you still have a job “reporting” “news” is beyond me after your total melt down regarding the handicapped at SEMA in 2019 and the use of scooters by those who cannot walk and how those folks on those scooters were stopped you the mighty journalist from getting around them. I believe you called everyone who called you out for your behavior “snowflakes.” I even offered to fly you and meet with you at VA Hospital in the Country to come volunteer with me but your response was crickets and silence.