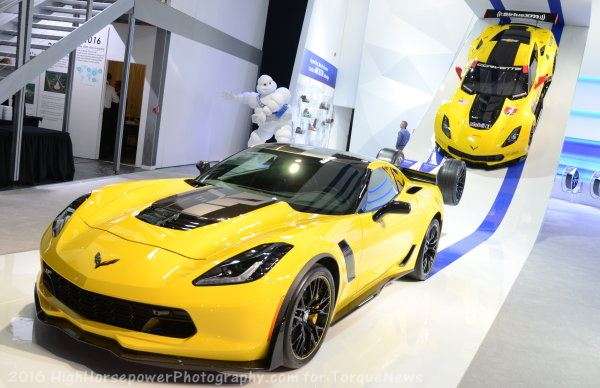 Mid-Engine Corvette to be Confirmed in 2016

Those hopes are rekindled, as the Corvette gurus at CorvetteForum.com have spoken with an unnamed insider who claims that the mid-engine Corvette is not only a reality behind closed walls – but it will be officially confirmed by General Motors this year.

The CorvetteForum insider also explained that the mid-engine Corvette will have a twin turbocharged LT-based V8 delivering more than 700 horsepower.

The goal of the mid-engine Chevrolet Corvette Zora is surely to be the best performing American car of all time, and this car could arrive in time to compete with the new Ford GT - which is also a mid-engine supercar. Ford has promised that the high performance EcoBoost V6 mounted mid-ship would offer at least 600 horsepower, but they haven’t announced official figures for their sleek supercar. Perhaps they are waiting to see if GM rolls out a mid-engine Corvette, making sure that their GT packs more power.

If the Zora does have a twin turbo V8, that could be a tough battle for the Ford.

Big Price for the Super-Vette
The mid-engine Corvette will be the best-performing General Motors vehicle ever, but it will likely also be the most expensive. With the Corvette intended to compete with the $400,000 Ford GT or the $398,000 Lamborghini Aventador, the mid-engine Vette will likely have a price north of a quarter of a million dollars. We can also expect very low production numbers, and because of this price and limited nature – I expect that this will not be called the C8 Corvette.

I believe that we could see a mid-engine Corvette at some point, but I think that it will be at least 5 years before a car with that architecture becomes affordable enough to fit into the price range of the current Corvette Stingray.

In other words, until GM can build a mid-engine Corvette that will only cost under $70,000 in base form, I don’t expect it to become THE Corvette.

Reese Graves wrote on February 28, 2016 - 6:47am Permalink
Corvette always feared a high powered mid engine Fiero. Buick could bring out a modern version with the ATS-V 464 HP V6 and upgraded FWD trans for less than the current base Corvette and with equal performance.