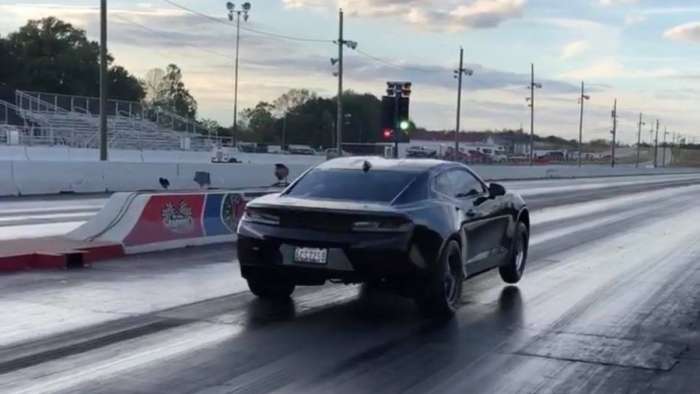 Brandon Hill’s 2017 Chevy is the quickest naturally aspirated 6th gen Camaro in the world, running a 9.44 at 142 miles per hour.
Advertisement

Over the past few years, we have featured a handful of track records for the modern Chevrolet Camaro, but this one might be the most impressive. This isn’t the quickest 6th gen Camaro in the world, as it is “only” running in the mid-9-second range, but unlike all of the other Chevy (and Dodge) muscle cars that we feature here on TorqueNews, this one isn’t running forced induction or nitrous oxide. This 2017 Camaro SS is naturally aspirated and it is running deep in the 9s with just over 750 flywheel horsepower.

Brandon Hill’s Camaro SS
The black Chevy muscle car shown here is owned by Brandon T Hill II and it was both built and tuned by Ryan Stevens from Gwatney Performance. It is a 2017 Camaro SS with the stock 8-speed automatic transmission, stock suspension and the stock 2.77 rear differential, as well as the stock engine block and rotating assembly. 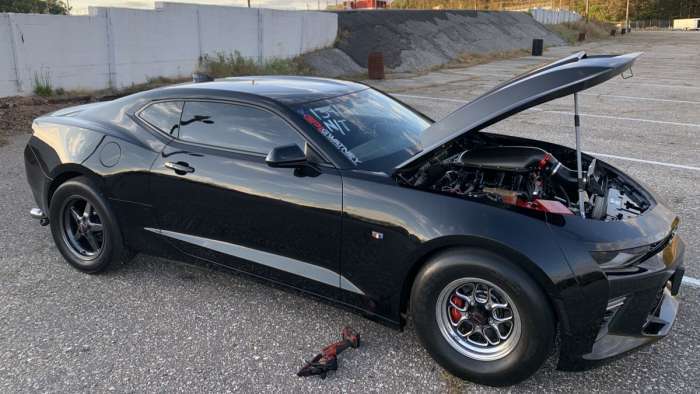 Upgrades made to the modern LT1 include CID cylinder heads that have been worked by Kuntz and Company Racing Engines, a GPI hydraulic camshaft, a Holley Hi-Ram intake manifold, a Katech 103mm throttle body, an LT4 fuel system paired with a DSX Tuning auxiliary system and an E85 engine tune. On an engine dyno, those upgrades lifted the modern LT1 from 455 to 756 horsepower.

In addition to the engine mods, this Camaro SS also has a custom torque convertor from Circle D Specialties, Aerospace Components front and rear brake kit, skinny front wheels and tires, big fat drag radials out back on 17-inch wheels and a custom hood. We imagine that there might be some weight reduction on the inside as well, as Hill explains that this Camaro SS weighs just 3,400 pounds with the driver and that is several hundred pounds lighter than a stock 2017 Camaro SS coupe with the automatic transmission.

Setting the Record
In the video below, Brandon Hill’s 2017 Camaro SS is making a blast down the quarter mile with history in his sights. After a healthy sounding start, the black Chevy rockets down the track, stopping the timers with a 9.44 at 142.43 miles per hour and setting the record for the quickest naturally aspirated 6th gen Camaro in the world. On that run, Hill pulled a 1.274 60-foot time, showing that it is getting off of the line in a hurry, but during the course of the day, this Camaro ran a handful of other 9.4X and 9.5X quarter mile elapsed times, leaving no question that this is a solid mid-9-second car without nitrous oxide or boost. It is also the quickest modern LT1-powered Camaro with a stock bottom end. 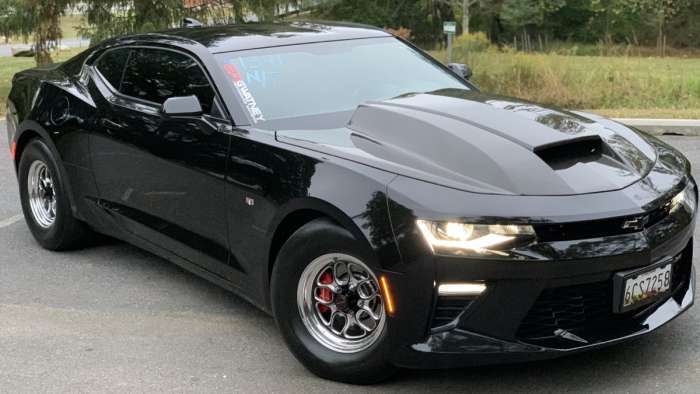 Best of all, this record was set with a density altitude of 450 feet, so as temperatures continue to drop as we near winter, this 2017 Camaro SS could go even quicker, but the bottom line here is that this naturally aspirated Chevy is running mid-9s and that is mighty impressive.