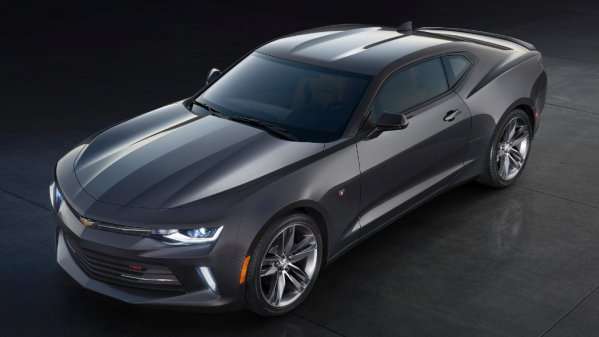 How Canadian Buyers Technically Pay Less for the 2016 Camaro

The official Canadian pricing for the 2016 Chevrolet Camaro has been announced and based on current conversion rates, buyers in Canada will be paying considerably less than the folks buying similar cars in the United States – even as production is shifted from Canada to the USA.
Advertisement

The all-new 2016 Chevrolet Camaro sold in Canada will be identical to those sold in the US, and while US pricing looks a bit less on paper when comparing American dollars and Canadian dollars, a quick run through a conversion calculator shows that buyers north of the border are actually paying quite a bit less. Best of all, the 2016 Camaro sold in Canada base price is $2,500+ less than the 2015 models, so the next generation GM muscle car could prove to be more popular among Canadian buyers.

Canadian Camaro Pricing
Like the American 2016 Camaro, the 6th gen muscle car will be offered in 1LT and 2LT forms with the new 2.0L turbocharged 4-cylinder and a manual transmission coming standard while the 1SS and 2SS trimlines come with the LT1 V8 and a 6-speed manual transmission. The 1LT and 2LT models can be upfitted with the 3.6L V6 and all three engines can also be ordered with an automatic transmission, but these first prices only include the standard features. These prices also do not include the required $1,650 destination fee or the $100 air condition charge.

Compared to American Pricing
The 2016 Chevrolet Camaro in the US also comes in 1LT, 2LT, 1SS and 2SS form, with the base model 1LT starting at $26,695 and the V8 1SS starting at $37,295, both of which include the $995 destination fee. The out the door pricing of the Canadian 1LT Camaro starts at $29,995, so at first glance, the Camaro seems quite a bit more expensive in Canada. However, when you factor in the current conversion rate, buying an American 1LT Camaro base model with the turbocharged 4-cylinder and the 6-speed manual transmission in Canadian currency would cost you $35,695. The American Camaro 1SS base price of $37,295 balloons to $49,869 in CAD, so based on the current conversion rates, Canadian buyers are getting a bargain price compared to American buyers.

In other words, if a Canadian buyer traveled to the US to buy a 2016 Camaro 1LT or 1SS, exchanging Canadian money for the American funds to buy the car would end up costing the buyer far more.

Of course, it should be noted that conversion rates are not an accurate comparison and the market dictates the price far more than direct conversions, but for the sake of showing the similarities and differences in the two closely-related markets, the conversion rate gives us a better look at the cost of buying a muscle car in Canada.

Click here for a closer look at the preliminary 2016 Camaro pricing for the United States.

Nigel White wrote on September 29, 2015 - 9:49pm Permalink
This article misrepresents the reality of pricing of US products in Canada. It implies that Canadians are somehow getting a better deal on the new Camaro compared to our US neighbours. The reality is that nothing could be further from the truth. Canadian and US incomes are roughly similar, yet Canadians will end up paying $42,150 for a 1SS that an American will only pay $37,295 for, a difference of almost $5000 more for the same car! How is that paying quite a bit less? It's not like if the Canadian dollar drops by 20% relative to the US dollar, all of it's citizens get a 20% raise to compensate. Yes, if we had to pay the full exchange rate, a 1SS would be more than $12000 extra. But if GM based it's pricing strictly on the exchange rate, no one in Canada would be able to afford it.