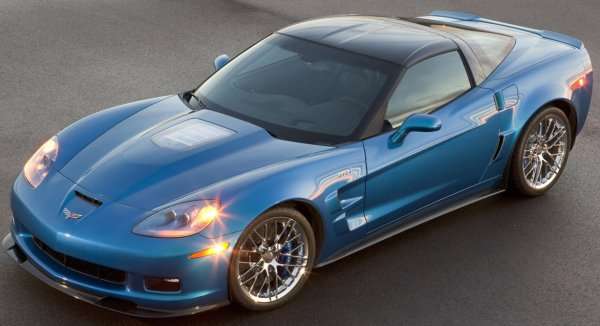 Is GM Working on a Corvette ZR1 or a Better Z06?

Some spy shots have hit the internet showing a C7 Chevrolet Corvette wearing the familiar clothing of a company test mule, creating the discussion over whether this mysterious Corvette is the long-rumored next generation ZR1 or if we the photographer caught a glimpse of the new-and-improved Z06.
Advertisement

Since before the C7 Corvette ever saw the light of day, there has been speculation as to how General Motors would be able to out-do the C6 Corvette. The combination of the C6 Corvette Z06 with the 505hp LS7 engine and the C6 Corvette ZR1 with the 638hp LS9 made for one of the meanest pairings of American performance cars ever. The C6 ZR1 was billed as the ultimate Corvette and with stunning lap times on tracks around the world – the ZR1 was unquestionably one of the greatest road-going performance cars of all time.

The “problem” with the C6 Corvette ZR1 was that with the arrival of the C7 Corvette, GM would have to create a new super-Vette that would take down the previous ZR1. The arrival of the C7 Corvette Z06 seemed to be the answer to that problem, with a new supercharged LT4 laying down an awesome 650 horsepower and a combined suspension and braking package that made the newest top of the line Corvette a real beast.

Unfortunately, shortly after the new Corvette Z06 hit the street, owners noticed the loss of power when the engine gets hot, which has proven to have a major impact on performance when making laps on a road course. That caused many owners to question whether the C7 Z06 was really a proper replacement for the C6 ZR1 – and that brings us to the discussion of a C7 Corvette ZR1.

Even with the awesome C7 Z06 on the market, GM fans have been clamoring for a new, higher performance Corvette that doesn’t have the overheating woes of the Z06 while others demand a car that will simply overpower the Hellcat Hemi from Dodge. Essentially, Corvette fans want a car that will beat pretty much anything on the street or on the road course, and new spy shots show that GM might be working on just such a car.

The Mystery C7 Corvette
In the last 24 hours, a collection of spy shots (which we do not have permission to post, but you can check them out at Autoblog) turned up online showing what is obviously a C7 Corvette test mule. It has the baggy black cladding around the entire front end of the car ahead of the windshield and it has the swirly black-and-white vinyl covering the rear fascia. It has a silver back end, a red roof, red mirrors, flat grey doors and – most curiously – what appears to be standard Stingray wheels. It also has blue brake calipers under those black split-spoke wheels, similar to the C6 ZR1.
The most significant aspect of these spy shots is the masking over the front end of the mystery Corvette, as it appears as though the hood is bulging and there is most definitely at least one extra cooling duct in the corner of the front bumper.

The reason that the hood and the front fascia are so crucial is that changing those two aspects of the body could have a massive impact on engine cooling. The cause for the power loss in the new Corvette Z06 is excessive engine heat, but some shops have remedied this problem by adding extra cooling ducts in the corners of the front fascia.

In short, this isn’t any production C7 Corvette, but what is it?

New ZR1 or Improved Z06?
So, we know that General Motors is clearly working on a new C7 Corvette with improved cooling efforts, but are they cooling off the engine of an improved Z06 or are they working on an entirely new model – like the next gen ZR1?

I recently spoke with an insider who explained that GM is working on a higher performance V8 that will offer over 700 horsepower. If the company was going to offer an engine like that in a new Corvette ZR1, they would most certainly need to address the cooling troubles from the current Z06. The mystery C7 definitely addresses that issue and the bulging hood could make more room for an engine which needs more clearance.

While altering the front fascia and the hood of the Corvette could improve cooling, the engineers could also cool the high performance engine down by introducing a new intercooler system. The problem with that idea is that a larger integrated intercooler system would effectively make the engine taller, so it would need more space under the hood. If the engine explained to me by the insider had a unique supercharger that allowed for cooler intake air, it might need more space under the hood, so a bulging hood and the unique air duct below the headlight could be feeding the next GM monster V8.

Of course, the other, simpler option is that this mysterious C7 Corvette is one of GM’s Z06 test mules, with the unique fascia and hood offering better cooling for the current LT4 engine. While a new ZR1 would be nice, many Corvette fans would be happy with a 650 horsepower C7 Z06 that can run a few dozen laps on a road course without going into limp mode.