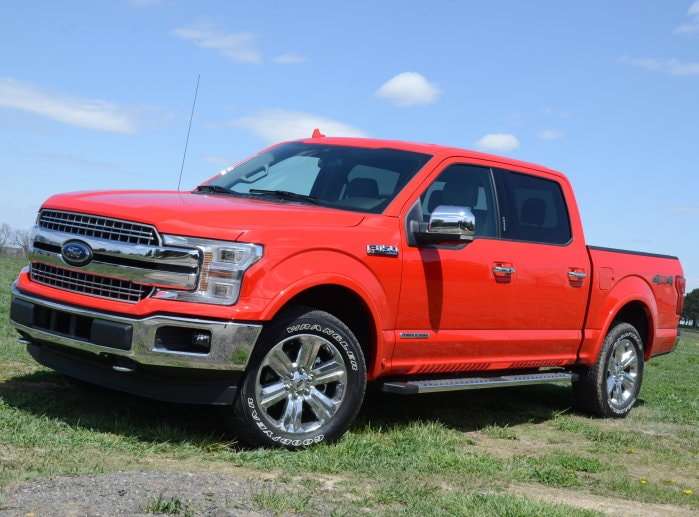 Ford Trucks Had Another Bangin Month in July

The entire lineup of Ford trucks and vans had a great month in July, up 10.2% from the same month last year as the F-Series continues to grow and as the big vans saw their numbers double from one year ago.
Advertisement

Year-over-year sales for Ford’s cars and SUVs were both down in July 2018, meaning that the company sold more vehicles in July last year than this year. Year-over-year sales is a crucial metric for automakers, so with the cars sliding by more than 27% while SUVs dropped by just 2%, there is little question as to why Ford is focusing so much attention on SUVs in the next few years.

However, Ford’s bread and butter continues to be their trucks and that was particularly true in July 2018, with trucks and vans improving by more than 10% while the cars and SUVs stumbled.

July Ford “Truck” Sales
Ford Motor Company groups all of their trucks and van-type vehicles into their truck report, so while the only actual trucks that Ford sells right now are the F-Series and their heavy duty (not to be confused with Super Duty) lineup, but these numbers include the E-Series van, the large Transit van and the smaller Transit Connect.

Thanks to the strong sales numbers from the Transit and the always-strong F-Series figures, Ford’s truck group was up 10.2% in July, allowing these hard-working machines to lead the way for the company.

Eyeing a Million
Last month, I speculated that this could be the first-ever year where Ford will sell over one million F-Series pickups. It has never happened before and right now, the company isn’t quite on pace for that number. With roughly 522,000 Ford trucks sold during the first 7 months of the year, the company is “only” on pace to move around 900,000 trucks, but if sales pick up through the final 5 months of this year, the company could come very close to selling one million pickup trucks in the US market in a calendar year.