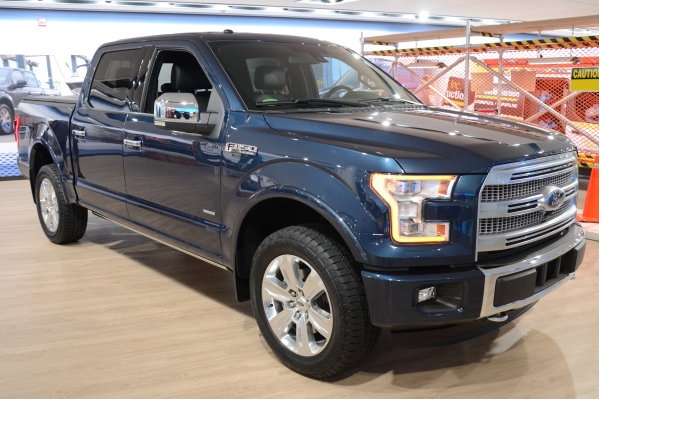 Ford Motor Company has issued a pair of safety compliance recalls for 2017 F150 and Super Duty, along with some trucks from previous models years and the 2017 Explorer, over a concern that the front seats could break and the doors could open in the event of an accident.
Advertisement

Before getting into the details of this new Ford Motor Company recall, I should point out that these are a pair of safety compliance recalls and these do not come due to any real world problems with these vehicles. Through the ongoing testing process, Ford has found a pair of possible problems and to address those issues before they impact an owner in the real world, the Motor Company is getting them back in for a little preventative maintenance.

Critics like to slam an automaker for recalls, but recalls like this – where a company is acting in advance to prevent any risks of injuries down the road – are a sign of the furthered effort by automakers to constantly make their vehicles safer.

2017 F150, Super Duty and Explorer Front Seat Recall
First up, we have a recall of select examples of the 2017 Ford F150, Super Duty and Explorer over a concern that the driver’s seat may not have been properly assembled prior to vehicle production. More specifically, there may be inadequate welds around the area where the driver’s seat back and the manual reclining mechanism.

In the event of an accident, these weak welds could lead to a failure of the reclining mechanism and that could lead to the seat shifting suddenly. That shifting of the seat fails to comply with federal motor vehicle safety standards and, more importantly, that shifting seat could greatly increase the chances of an injury to the driver.

Fortunately, only around 2,418 vehicles are included in this recall, including vehicles made during specific periods of time at specific plants.

Once owners have been contacted, their vehicles will have the driver’s seat inspected and should the welds be questionable, they will replace the affected seat components at no charge.

Chrome Door Handle Recall
The second new Ford F150 recall is a pretty unusual one, as the Motor Company is recalling around 551 vehicles because they have chrome door handles that might allow the doors to pop open in the event of a side impact.

The 2015-2017 Ford F150 and the 2017 F250, F350, F450 and F550 can be equipped with chrome exterior door handles as a dealership accessory. Ford records indicate that 551 chrome door handle packages have been installed on the trucks listed above, so out of the hundreds of thousands of trucks sold since 2015 – 551 have door handles which might cause a problem.

So, if you have a 2017 F150, Super Duty or Explorer with manual reclining front seats, you might want to check with your dealership to see if your vehicle is included in the first recall mentioned above and if you have a newer Ford truck with dealership-added chrome door handles – Ford wants them back.