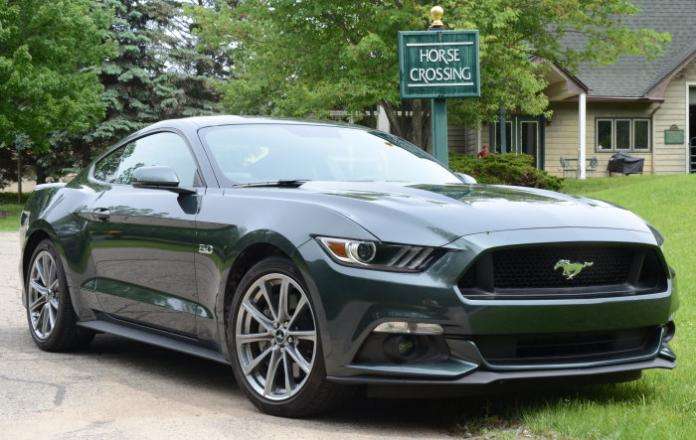 After the Dodge Challenger topped the muscle car segment sales race in June, the Ford Mustang surged back ahead to lead the race in July, with both of those performance cars outselling the slow-selling Chevrolet Camaro.
Advertisement

The Dodge Challenger did something that it had never done during the modern era in June, beating both the Ford Mustang and the Chevrolet Camaro in monthly sales, but Ford made sure that was short-lived. The Ford Mustang climbed back into the top spot during the month of July – beating the Dodge Challenger and the Chevrolet Camaro for the 5th time in the 7 months of 2017.

July 2017 Muscle Car Sales
In July 2017, Ford sold 6,206 examples of the Mustang, down 35.1% from the same month last year, but while the Mustang was down year over year, those 6,206 pony cars allowed Ford to reclaim the top spot in the muscle car segment sales race.

The Dodge Challenger was 2nd in July 2017 sales, moving 5,333 units. That number is only down 5% from July 2016, so the Challenger didn’t have nearly the drop that the Mustang did from last year, but after posting 6,605 units in June, the big Dodge fell far from last month and as a result, Dodge slid from their short run at the top of the segment sales chart.

The Chevrolet Camaro once again struggled in July 2017, posting sales of 4,713 units. Prior to 2017, a monthly sales total of 4,713 units would be incredibly low for the Camaro, but with sales slumping during the 6th generation of the GM muscle car, those sub-5k numbers have become relatively common. At this point, the odds appear to be pretty good that 2017 will be the worst full sales year for the modern run of the Camaro.

The Annual Race
Throughout the first 7 months of 2017, the Ford Mustang has a commanding lead in the muscle car segment sales race with 50,814 units sold. The Chevrolet Camaro is a distant 2nd with 41,280 units sold and the Dodge Challenger is right behind the Camaro with 41,243 units sold on the year.

With the Mustang leading the other two muscle cars by more than 9,000 units, it seems impossible for either the Camaro or Challenger to make a real run at the title, but there is a tight battle going on for the runner-up spot. With the sales trends of the Challenger and the Camaro, the Dodge has its best chance in the current era of finishing 2nd in the segment sales war. Dodge can expect a late-year sales boom from the first batch of deliveries of the Challenger Demon while the new Hellcat Challenger Widebody will likely contribute a few units as well – all of which could help Dodge beat Chevy at the end of 2017.