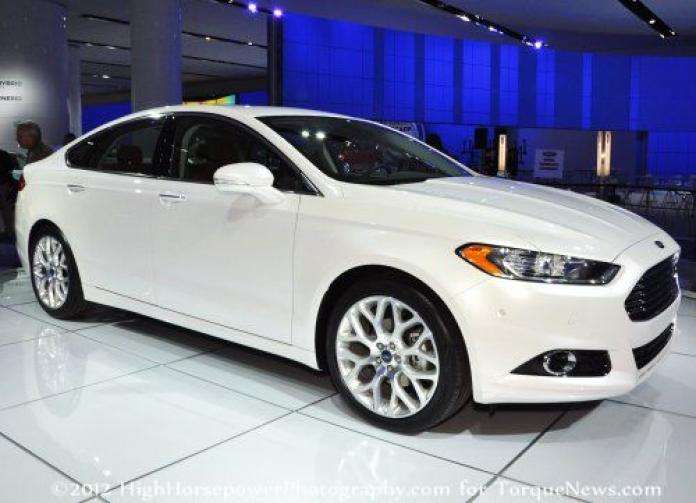 Ford Motor Company has long had a history of advertising slogans that bring the current company direction to the masses and now, FoMoCo has unveiled the newest motto that the company believes will resonate well both with consumers and employees – “Go Further”.
Advertisement

While Ford’s new slogan of Go Further will be used in various markets around the world over the next year, the key markets which will sport this new slogan will be the United States and Europe. In the US, Go Further effectively replaces the previous slogan of “Drive One” while in Europe, “Feel The Difference” will be retired as the company moves forward. As an interesting key point, Ford Motor Company still plans to use their “One Ford” slogan around the world as the company continues to unify the offerings available in the different global markets – both in their product offerings and the level of cooperation between the various Ford divisions around the world.

Ford’s previous slogans in the US and Europe were intended to push consumers who may have questioned the quality of Ford Motor Company products to experience the changes for themselves rather than foolishly relying on the word of others. However, now that the company has climbed out of the mire that was the industry collapse of 2008-2009, Ford finds themselves in a much better position – both in the eyes of the consumer and the industry critics – so they have opted to go a new direction with their advertising slogan. “Go Further” has been introduced to remind employees and consumers that Ford is not content with reaching the level where they are right now and settling into a rut but instead, Ford wants employees to continue to strive to be even better while also pointing out to consumers that the Motor Company will continue to improve their quality of their vehicles.

Jim Farley, Ford’s head of global sales and marketing, stated that when working on the new slogan, Ford Motor Company looked at some uber successful slogans such as Nike’s “Just Do It” and McDonald’s “I’m Lovin’ It”. Those comparisons seem a bit on the irrelevant side but when accompanied with the explanation that Go Further is intended to tell employees to keep up the good work and remind consumers that Ford will continue to work to improve, it makes a great deal more sense. Elena Ford, Ford's global director of marketing (and the great-great granddaughter of founder Henry Ford), Elena Ford, elaborated more on the new slogan with the interpretation of "We go further so you can."

Ford Motor Company is expected to announce its results from the 4th quarter of 2011, which is likely to carry the 11th straight quarterly net profit – a clear sign of the gains made by Ford over the past five years under the reign of CEO Alan Mulally.

Some critics believe that Ford’s new slogan of Go Further might be too abstract for the broad consumer market while the previous American slogan of Drive One was much more to the point. Slogans have proven to be a major player in the North American auto industry and recently, we have seen General Motors stumble over their own ideas with the introduction of “Chevy Runs Deep”. When introduced, many consumers were confused as to exactly what this meant and even though GM has made moves to try to clarify their point, Chevy Runs Deep has still fallen flat with consumers. Ford likely hopes that Go Further will be more successful than the newest slogan used by their cross-town rivals as FoMoCo continues to see sales numbers growth through 2012.

Donnie Beathard wrote on May 25, 2015 - 3:21pm Permalink
I have a new slogan for Ford Motor Company and would like information on how to contact someone to share my idea. Thank you

LG's New EV Battery Plant Is a Welcome News for Tesla
Tesla Giga Berlin's New Hurdle: It's Not Only the Gov't, but Now Tesla Itself
END_OF_DOCUMENT_TOKEN_TO_BE_REPLACED