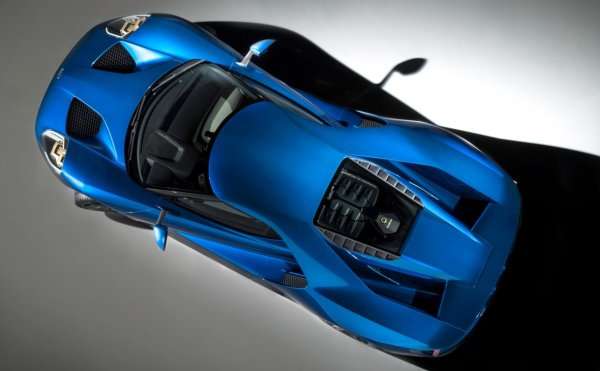 The 2017 Ford GT will be a rolling marvel of modern technology, with even the windows of the twin turbocharged supercar introducing technology never before seen on a road-going automobile.
Advertisement

Gorilla Glass is best known as being a high strength surface for your smartphone or tablet, but Corning has teamed up with Ford Motor Company to transfer the technology from a smartphone to the windows of the 2017 Ford GT supercar. As is the case with the modern cell phones, Corning’s Gorilla Glass is thinning and lighter while still being stronger – advantages which will be present with the Ford GT.

“Gorilla Glass hybrid is a great example of how Ford works with suppliers to innovate in every area of our business,” said Hau Thai-Tang, Ford group vice president, Global Purchasing. “Ford GT is setting new standards for innovation through performance and light-weighting, and we’re excited about exploring other applications for this great new technology.”

Cell Phone Glass on a Supercar
The main advantage to Gorilla Glass on your cellphone is that it is much more durable and much less likely to shatter than older cell phones with a more traditional glass screen. For the Ford GT, Corning and the Motor Company set out to create a windshield that met all of the safety requirements of a traditional layered glass windshield, while reducing the thickness and weight of the windshield and rear engine cover of the Ford GT.

“This successful collaboration is one of the reasons we spend R&D resources to develop new innovations and solve tough problems,” said Wendell Weeks, chief executive officer, Corning Incorporated. “Ford recognized the significant value of these innovative light-weighting technology and committed significant resources to quickly get it qualified for production applications. We worked with Ford to develop a glass that successfully withstood thousands of hours of durability testing and is now being used in a Ford production vehicle. We are excited to introduce this game changing technology to the market.”

The Difference in the Materials
The 2016 Ford Mustang GT and most other vehicles sold in the United States have a traditional laminated glass windshield, with two thin layers of annealed glass around a thermoplastic binding agent that holds everything together. Henry Ford introduced this technology and it has been in use for almost a century. It is tough enough to withstand all sorts of impacts in any temperature while also keeping out some of the world’s noises while on the road.

The Gorilla Glass windshield in the Ford GT supercar will be every bit as strong and perhaps even better in terms of sound insulation, but it is thinner and lighter. The Gorilla Glass has three layers, beginning with an inside layer consisting of “a pane of toughened automotive-grade formed hybrid”, which is chemically treated glass that is thinner and tougher than traditional glass. The middle layer is a unique sound-absorbing thermoplastic and the outer layer is a similar annealed glass surface to what you find on the Mustang or F150. This unique process is as tough as the glass windshield, but it is 25-50 percent thinner and 12% lighter.

Right now, the Gorilla Glass windshield is only being offered on the 2017 Ford GT, but if the use on the new supercar goes smoothly, we can almost certainly expect to see this technology trickle down to other vehicles around the industry. Really, this seems like the perfect type of upgrade for the 2017 Shelby GT350 - even if only in "R" trim.

Henry Ford introduced the windshield style that we have been using for the last hundred years and his company may have just introduced the glass we will use for the next hundred.

Fanny wrote on September 11, 2018 - 6:14pm Permalink
If some one desires to be updated with hottest technologies after that he must be pay a visit this web site and be up to date every day.

LG's New EV Battery Plant Is a Welcome News for Tesla
Tesla Giga Berlin's New Hurdle: It's Not Only the Gov't, but Now Tesla Itself
END_OF_DOCUMENT_TOKEN_TO_BE_REPLACED