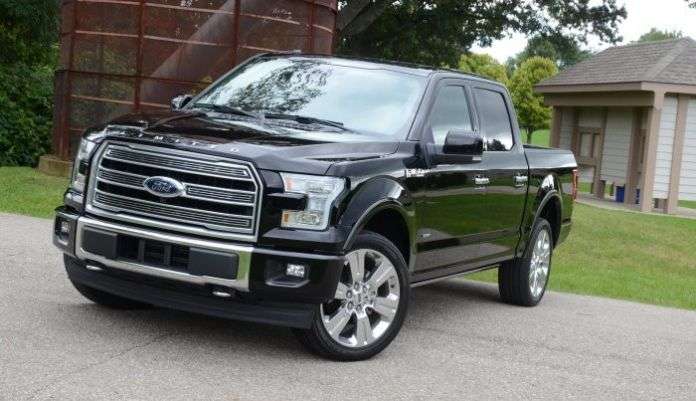 The Ford F-Series pickup is the bestselling vehicle in America for 2017, marking the 36th-straight year where the F150, F250 and F350 have combined to lead the US market – and here is a look at the rest of the top 25 sellers from last year.
Advertisement

Trucks Lead American Sales, Again
The Ford F-Series pickup was the bestselling vehicle overall in America for 2017 with 896,764 units sold. The Chevrolet Silverado was second with 585,864 units sold and the Ram pickup was third with 500,723 units sold. These three vehicles have topped the overall list for each of the past four years and without some major changes in the American auto industry – these three will likely continue to lead the market for years to come.

SUVs Jump the Sedans
In each of the past few years, the Toyota Camry was the bestselling non-truck in America, battling (and beating) the Toyota Corolla and the Honda Accord to claim the title for America’s bestselling car. The Camry is still the bestselling car in America with 387,081 units sold, but it sits sixth on the overall list rather than fourth. The fourth place position is occupied by the Toyota RAV4 with 407,594 units sold after finishing eighth last year and the Nissan Rogue jumps from tenth to fifth with 403,465 units sold.
As mentioned above, the Camry is sixth overall and another SUV – the Honda CRV – is seventh with 377,895 units sold during 2017. The Honda Civic finished eighth (377,286), the Toyota Corolla finished ninth (329,196) and the Honda Accord rounded out the top 10 with 322,655 units sold.

As you can see, a couple of the sedans improved from 2016 to 2017, but in the 11-20 grouping of the top 25, we have several SUVs that made significant jumps while pushing some sedans down in the rankings.

21-25
Finally, the last grouping in the top 25 bestselling vehicles in America is led by the Toyota Tacoma`, up three spots from the year before. In 22nd is the Jeep Wrangler (-1), the Subaru Outback is 23rd after missing the list last year, the Chevy Malibu falls the furthest on the list in 24th (-9) and the Chevy Cruze finishes in 25th – just like it did last year.

Top 25 By Class
While sedans might be falling from grace in the US market, they are still the most common vehicle type on the list of the 25 bestselling vehicles in America with 11 models. SUVs were next in line with nine (including the Subaru Outback, which is a wagon) and pickup trucks were last with just five models – although they hold the top three spots and comfortably outsell every other vehicle in the USA

Vehicles by Manufacturer and Country of Origin
General Motors has the most vehicles on the list of the top 25 bestselling vehicles in America, followed by Toyota and Ford Motor Company with four a piece. FCA, Nissan and Honda each have three vehicles on the list, Hyundai has two and Subaru has one with the Outback charging onto the list for 2017.