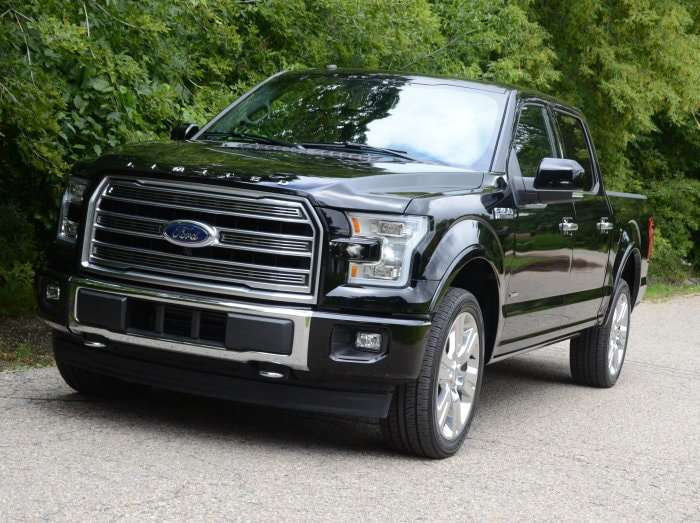 The National Highway Traffic Safety Administration has opened an investigation focusing on the seat belts of the 2015-2018 Ford F-150 to see if they are prone to catch fire – with five real-world cases of the seat belts bursting into flames leading to the probe.
Advertisement

Based on the title and the opening statement above, this Ford F-150 investigation might seem like a joke, but it is not. There is a possibility that the electronic pretensioner component of the seat belt system made by Takata in the 2015 through 2018 F-150 could have caused five fires in privately owned trucks and if the NHTSA finds that the component is prone to start more fires going forward, a recall could be required. That is bad news for Ford, since the company sold roughly 2,000,000 trucks with this system over the past four model years, but of course, the company is cooperating with the feds on this investigation.

Unexplained Interior Fires
The NHTSA received five complaints from owners of 2015-2018 Ford F-150 pickups claiming that a fire broke out in the area of the interior where the pillar between the front and rear doors meets the floor. In three of those complaints, the truck burned to a total loss while in the other two incidences, the fire went out on its own.

The most elaborate report came from someone who had a deer run into the side of the truck while the F-150 was in motion, doing minor damage. The animal hit the truck hard enough that it set off the side impact airbags, forcing the driver to pull off the road. After the truck had been sitting for 5-10 minutes, the driver noticed smoke coming from the base of the b-pillar and a few minutes later, the Ford truck was engulfed in flames – leading to a total loss.

Seat Belt Pretensioner
The belief is that the seat belt pretensioner is causing the fires in these new Ford F-150 pickups. The pretensioner applies pressure to the seat belt in the milliseconds before an impact, helping to prevent the occupants from being jerked by the force of the impact. For example, when you slam on the brakes and feel the seat belts tighten just a touch, that is the work of the pretensioners.

Unfortunately, it seems that there might be something wrong with these electronic components that is leading to a fire. If that is found to be the case, Ford could be forced to recall roughly 2,000,000 trucks to replace what is likely a relatively inexpensive part.

At the same time, with millions of trucks on the road with this system and only five reports of fire of this type, it will be interesting to see what the NHTSA and Ford find with the seat belt pretensioner system.