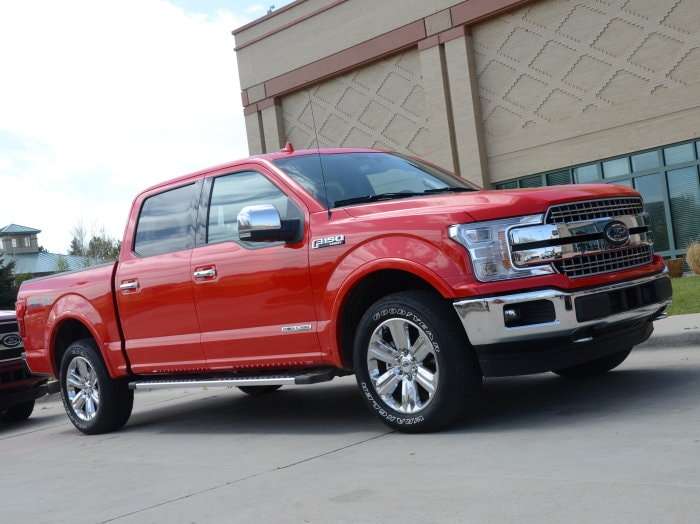 Ford Motor Company is planning to resume production of the popular F-150 pickup as soon as Friday, with the supplier that caused the unscheduled downtime getting their own production back up and running after the May 2nd fire.
Advertisement

Last week, we reported that Ford Motor Company had stopped production of the F-150 and Super Duty pickups due to a shortage of magnesium chassis components. That shortage came about when Meridian Magnesium Products in Eaton Rapids, Michigan, had a massive plant fire back on May 2nd. Although the automaker had some of those parts in stock, the factories quickly used them all up and when those components were gone, the Motor Company was forced to halt production of some truck plants.

The Kansas City F-150 plant was the first to stop production, followed by Super Duty production in Ohio and Kentucky, with the Dearborn truck plant being the last to see the line come to a stop. Ford had 84 days’ worth of inventory of F-Series pickups when production stopped, but with the inability to build custom ordered trucks and replenish dealer stock of the most popular models – it is obviously crucial for the company to get the assembly lines rolling.

Meridian’s Problem and Solution
The good news for the Eaton Rapids plant where the magnesium chassis components for the F-150 are produced is that much of the machinery was undamaged by the fire. The company could, in theory, get back to producing the much-needed items, if not for the massive amounts of damage to the facility. The May 2nd fire caused portions of the roof to collapse, so until the building is found to be safe, large portions cannot be used.

Meridian has moved some of the machinery needed to make these magnesium chassis components to their facility in Ontario. The Canadian facility performs the early stages of production of these parts, then they are shipped to Meridian’s Michigan facility, where the items are finished up in the portion of the building that wasn’t damaged. The problem with this process is that it is considerably more time-consuming than simply producing those components in the Eaton Rapids facility and shipping them to the F-Series plants around the country.

Even with the added production time, Ford expects to have enough of the magnesium chassis components in stock by Friday the 18th to fire up the F-150 assembly lines in Kansas City and Dearborn.

There has been no word on Super Duty production in Kentucky and Ohio, and with Meridian operating at a reduced capacity, Ford is likely to focus on the stronger-selling F-150 before getting back to building the F-250, F-350, F-450 and F-550.

Provided that F-150 production does resume on Friday and Super Duty production begins within the next week or so, the Meridian fire and ensuing downtime will not have had much of an impact on the sales process. However, anyone who has ordered a new Ford truck recently is likely going to wait longer than they would have if not for this unplanned work stoppage.

Elon Makes a Cybertruck Statement With an Action, But Quiet in Words
Tesla's Record Month in China: Doubled Registrations in March 2021
END_OF_DOCUMENT_TOKEN_TO_BE_REPLACED