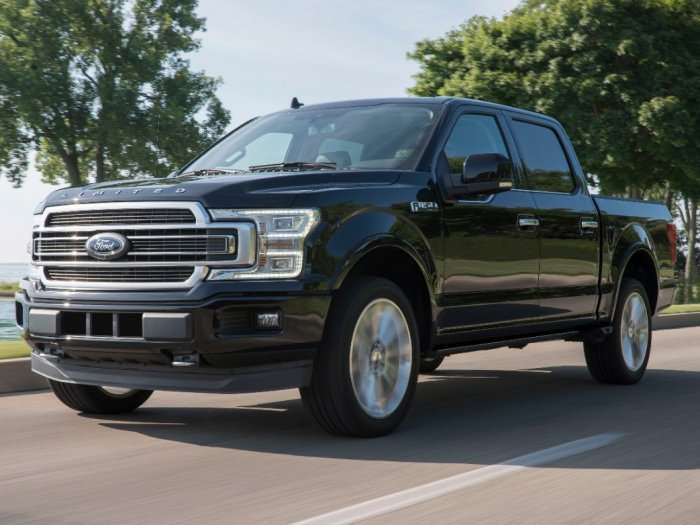 Ford Motor Company announced this morning that the high output 3.5-liter EcoBoost from the Raptor will be available in the F-150 Limited for the 2019 model year – bringing class-leading power to the brand’s premium luxury truck.
Advertisement

The 3.5-liter EcoBoost V6 has been the premium engine in the Ford F-150 since the 2011 model year, but when the current Raptor was introduced, a new, high-output EcoBoost was added to the lineup. With 450 horsepower and 510 lb-ft of torque, the V6 in the Raptor is the most powerful half-ton engine on the market and for 2019, that engine will be offered in the F-150 Limited as well – bringing premium power to the premium luxury truck.

More Raptor Power
For the 2019 model year, the high-output, 3.5-liter EcoBoost is the standard power plant in both the Raptor and the F-150 Limited. The “normal” 3.5-liter EcoBoost with 375 horsepower and 470 lb-ft of torque will still be either offered on the rest of the trim levels, but for the off-road-ready Raptor or the luxurious F-150 Limited – the high-output EcoBoost with 450 horsepower and 510 lb-ft of torque is now standard equipment.

Again, that is the standard engine for the Raptor in 2018, but this high-output engine is currently available only on the Raptor. With the arrival of the 2019 model year, the 450-horsepower EcoBoost will be far more readily available in the high-volume Limited package, bringing Raptor power to more buyers.

Oddly, while this engine has been in use for 2017 and 2018 in the Raptor, Ford is just now proclaiming the F-150 as the most powerful truck in the half-ton segment. Perhaps because the engine was previously only offered in a high performance package rather than a volume package, but in any case, Ford is marketing the new Limited as the most powerful truck in the segment – even though the Raptor already held that title.

The Competition
So, with the 2019 Ford F-150 offering the 450-horsepower EcoBoost V6 in two trim lines, the Motor Company is calling it “the most powerful light-duty pickup in America” – and it is.

For comparison, the most powerful engine in a Chevrolet or GMC half-ton truck is the 6.2-liter V8 with 420 horsepower and 460 lb-ft of torque, making it the closest competitor for the 2019 F-150 Limited.

We don’t know for sure how the addition of the Raptor V6 as standard equipment in the 2019 F-150 Limited will impact its pricing, but with that trim being the most heavily-appointed in the history of the bestselling half-ton truck – we can expect that this 450-horsepower luxury pickup will have a pretty hefty price tag.