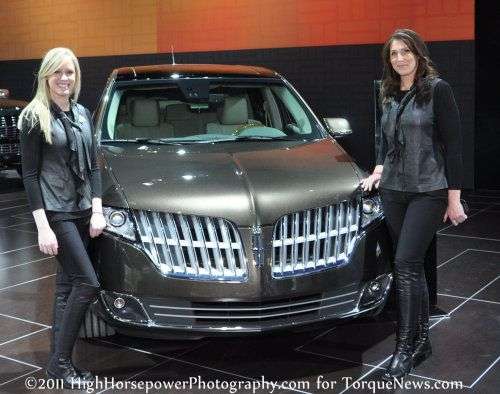 Ford Motor Company has announced what they expect of their dealerships carrying the Lincoln brand, if those dealers plan to continue offering the luxury brand going forward.
Advertisement

When Ford Motor Company announced that they would end the Mercury brand at the end of the 2010 calendar year, it was expected that some of the nation’s Lincoln-Mercury dealers would not be able to survive after the demise of the middle-child brand. When the announcement was made last year that Ford had big plans for Lincoln dealerships, there were over 500 locations in the top US markets where you could buy a new Lincoln. That number has been reduced to 434 now and the company plans to cut that number to around 325 by the end of 2011. FMC believes that by cutting the number of dealerships, consumers will naturally go to the next nearest Lincoln dealership, thus increasing the profitability of the dealerships that do exist.

For those Lincoln dealerships that wish to remain as one of the 325 luxury dealerships in Ford’s 130 top US markets, Ford Motor Company will send out more specific requirements but for the time being, they have offered four simple guidelines.
- Offering a dedicated Lincoln staff, including a dedicated service manager and sales staff in place to handle the luxury brand

- Having only the Lincoln brand displayed on the dealership’s signs and buildings. This means removing the Mercury logo from many of the Lincoln-Mercury dealers

-Offering “owner privileges”, which includes providing free car washes and loaner vehicles for Lincoln owners who bring their vehicles in for service

None of these four preliminary requirements are that extreme but smaller dealerships who are already struggling since Mercury was disbanded may have a hard time keeping up with the larger shops. Dealerships that are unable (or unwilling) to meet these requirements by October 1st will be expected to sell their Lincoln franchise back to Ford Motor Company. Those who try to refuse will have their dealer discounts reduced – further making profitability unlikely.

Overall, there are around 1,100 dealerships in the country selling Lincoln products but Ford’s immeadiate goal is to thin the number of dealerships in the most popular and competitive locations around the country. TorqueNews.com will continue following the progression of the Lincoln brand as dealerships work through their first year without Mercury.

Jerome DeWitte wrote on May 25, 2011 - 12:10pm Permalink
The Lincoln MKS always turns my head but if you want to increase sales add a new color - Pearl White - You will not be able to keep them in stock. It will be a classic color for a classic car. I have been a car nut since I was a little kid and I know what I'm talking about. If I bought a Lincoln MKS I would have it repainted Pearl White.
Its absolutely good wrote on July 29, 2011 - 5:29am Permalink
on one review, i seen this On sale for four years now, the Lincoln MKX was due for a bit of freshening, and the updated second-generation 2011 model will make its debut at the 2010 Detroit auto show. In addition to fresh looks, the 2011 MKX carries some refinements, upgraded technology, and a new, more powerful V-6 engine. this i think is kinda good. as an <a href="http://www.automd.com/shops/">auto repair shops</a> mechanic, of course i will love this updates and appreciate it since new style and new knowledge will be gain through this.