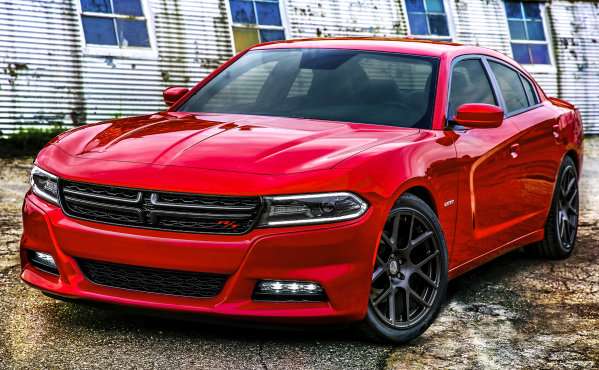 Now that we know that the new 6.2L Hellcat Hemi will provide 2015 Dodge Challenger owners with 707 horsepower and 650lb-ft of torque, offering even a watered down version of the Hellcat in the Dodge Charger SRT will make it the most powerful sport sedan in the world – comfortably overpowering anything from the European automakers.
Advertisement

A few months back when we only knew that the new Hellcat Hemi would offer at least 600hp and at least 575lb-ft of torque, I speculated that the Dodge Charger SRT Hellcat fitted with that same supercharged Hemi would be the most powerful sport sedan in the world. However, if the Charger SRT Hellcat gets the exact same engine as the Challenger, it will not only overpower any other production sport sedan in the world – it will beat them by a massive margin.

Just to be clear…if Dodge puts the supercharged 6.2L Hellcat Hemi from the Challenger in the Charger, it will crush anything from the likes of Mercedes Benz, BMW, or any other automaker around the world.

Beating the Competition by a Huge Margin
When I thought that the 2015 or 2016 Dodge Charger SRT Hellcat would have somewhere in the area of 600-625 horsepower and 575-600lb-ft of torque, I pointed out that those figures would allow the Charger to pack more power than any production sport sedan sold. Right now, the most powerful production sedan in the world is the Mercedes Benz E63 AMG S 4MATIC which uses a twin turbo V8 to produce 577 horsepower and 590lb-ft of torque so if the Charger Hellcat had figures similar to those “at least” numbers, the Benz would still have an advantage in torque. Fortunately, with 707 horsepower and 650lb-ft of torque – or figures anywhere near those if Dodge opts to water down the Hellcat for sedan use – will very comfortably destroy the AMG E63.

Fortunately for Hellcat Charger owners, the S65 weighs around 5,000lbs so the Charger’s disadvantage in torque will be made up in weight advantages.

Will Dodge Offer a Charger SRT Hellcat?
Yes – or at least I think so. Chrysler has a chance to offer the most powerful production sport sedan in the entire world and with the engine already in their arsenal and the engine already being used in a similar platform vehicle, the Hellcat should slide into the engine bay of the Charger without any issues and without any real expense for Chrysler.

Also, there have been plenty of spy shots and random sightings of camouflaged Dodge Charger test mules which obviously have a more aggressive design than the Charger R/T that has already been introduced and we know that the covered up test cars aren’t V6 models because those are all over the Metro Detroit area without any coverings. These sightings also report a deafening exhaust tone and what appears to be an intercooler setup behind the grille. I really have no doubt that we will see a Hellcat Charger, but unlike the Challenger, the Charger SRT Hellcat will only come with the heavy duty 8-speed automatic transmission – still no stick shift fun for Charger owners.

Now, there is a chance that the Chrysler Group will give the Charger SRT Hellcat a touch less power – say 700hp and 640lb-ft of torque – as a bit of support for the Challenger, but they may also just have two of the most powerful cars in the world as those two 707hp vehicles would be tied for the 6th most powerful cars in the world. Oh, and one of them would be a sedan.

The Chrysler Group really hasn’t shown the 2015 Dodge Charger off very much thus far, which I find to be very odd. Based on the delay of the full model line rollout, I believe that there is a chance that we could see the Charger SRT Hellcat for the 2015 model year, although I think that a 2016 model year launch is more likely for the 700+ horsepower super sedan.