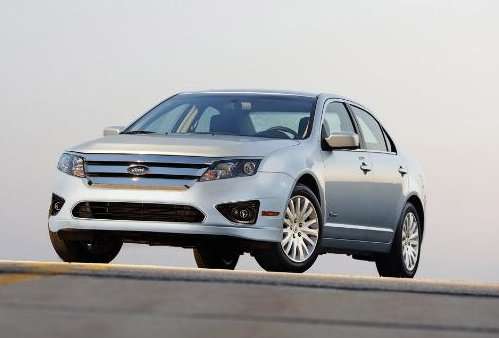 The National Highway Traffic Safety Administration has announced that its probe into complaints of unintended acceleration in certain Ford, Lincoln and Mercury vehicles has been upgraded to an engineering analysis – the final step that could lead up to a recall of almost a half million Ford vehicles.
Advertisement

This investigation into the Ford Fusion and Mercury Milan from the 2008, 2009 and 2010 model years was launched in May of 2010 after the National Highway Traffic Safety Administration received 3 complaints of unintended acceleration in these popular midsized sedans. Since then, the federal safety agency has received 49 more complaints and based on the influx of complaints and the early findings of the investigation, the NHTSA made the call to upgrade this to an engineering analysis. In addition to upgrading this investigation to an engineering analysis, the feds have also included the Lincoln MKZ due to the mechanical and physical similarities between the Lincoln and the other two. Now that the Lincoln has been added, this second phase of the NHTSA investigation affects roughly 480,000 vehicles in the US.

Unlike the unintended acceleration recalls that rocked Toyota a few years ago, the Ford unintended acceleration issues among their 2008-2010 midsized sedans are not shrouded in a mystery as to what is causing the problem. Ford’s issue stems directly from the bunching of floormats under the accelerator pedal, which was one of the variables blamed for Toyota’s similar issues a few years ago but unlike Toyota, there doesn’t seem to be any concern about the Ford sedans having “sticky pedals” or a flawed electronic throttle system. Should the NHTSA find a problem with the design of the floormats or gas pedal in the 2008-2010 Ford Fusion, Lincoln MKZ and Mercury Milan during their engineering analysis – the feds could instruct Ford to issue a recall to resolve the issue.

Unfortunately, while there is no indication as to how many accidents have been caused by Ford’s unintended acceleration issue in the Fusion, Milan and MKZ – the NHTSA does believe that there have been three injuries and one death from accidents that may have been due to this defect. Ford Motor Company is “disappointed” by the decision by the NHTSA to elevate the investigation to an engineering analysis because even the feds point out that this problem is caused by unsecured or double stacked floormats. In these vehicles, there are anchors that hold the floormats from sliding forward and bunching up but if those simple anchors are not used – the mats will be able to bunch up around the gas pedal. Also, the reports indicated that some of the occurrences of unintended acceleration in these Ford vehicles were caused by using an additional floor mat on top of the standard mat that comes from the factory.

This engineering analysis of the 2008, 2009 and 2010 Ford Fusion, Lincoln MKZ and Mercury Milan could be the final step before a recall of 480,000 midsized sedans but I should point out that a great many NHTSA engineering analyses bring about an end to the investigation without any further actions being required by the automakers. In other words, the NHTSA could find that this problem is caused more by user error than by the design of the vehicle so no recall can fix the problem.

Should more news on the Ford unintended acceleration investigation become available – you can read about it right here on TorqueNews.com!