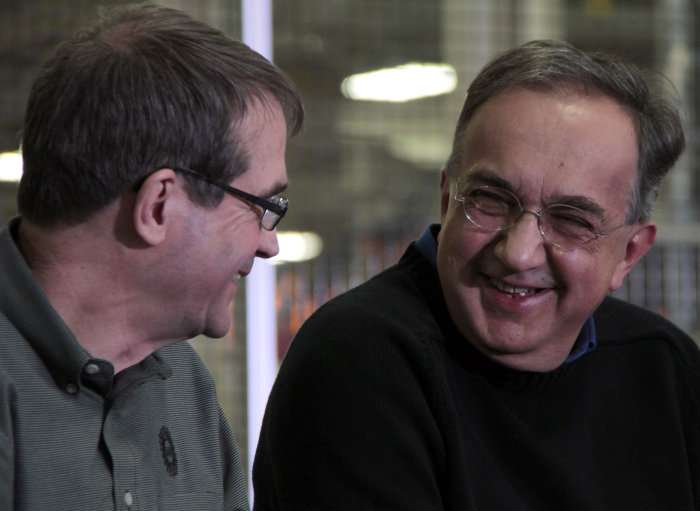 The news that many in the auto industry have been fearing since this past weekend was announced this morning – 66-year old Sergio Marchionne died overnight due to complications from a recent surgery.
Advertisement

This past weekend, FCA announced that Sergio Marchionne was stepping down from his roles atop both Fiat Chrysler Automobiles and Ferrari. While Marchionne was expected to retire within the next year, his sudden departure was caused by complications from a recent surgical procedure on his shoulder. The details were short, but within 24 hours of announcing Sergio Marchionne’s health issues leading to his leaving the company, Mike Manley had been named the new head of FCA.

Once the mystery of “who will replace Sergio” was solved, the focus turned back to the ailing industry leader. There had been no official information as to what was going on, but within the past 24 hours, several outlets reported that he had undergone surgery to remove a tumor in his shoulder. During that surgery, there were complications which led to a stroke and later he slipped into a coma, according to sources which prefer to remain nameless.

This morning, there was no longer a need for speculation, as FCA announced that the man who led the Chrysler Group out of bankruptcy had died at the age of 66.

The Official Statement
Below is the brief statement announcing Sergio Marchionne’s passing from FCA in the words of John Elkann of EXOR – a holding company that owners about a third of automaker.

John Elkann said: “Unfortunately, what we feared has come to pass. Sergio Marchionne, man and friend, is gone. I believe that the best way to honor his memory is to build on the legacy he left us, continuing to develop the human values of responsibility and openness of which he was the most ardent champion. My family and I will be forever grateful for what he has done. Our thoughts are with Manuela, and his sons Alessio and Tyler. I would ask again everyone to respect the privacy of Sergio’s family.”

Saving Chrysler
While Sergio Marchionne’s accomplishments go well beyond just saving the Chrysler Group brands, that is what he is best-known for in the United States. When Fiat purchased the Chrysler Group, the company was in the grips of a government-assisted bankruptcy, and we all know how well the US government handles money.

When the Chrysler Group became part of FCA, Marchionne set aggressive goals that many critics believed were impossible, but month-after-month and year-after-year, the Chrysler brands kept on improving and growing.

Under his leadership, the Chrysler brands began removing redundancies across the brands, working to better differentiate between cars like the Dodge Charger and the Chrysler 300, or the Dodge Grand Caravan and the Chrysler Town & Country. Marchionne also pushed for improved fit and finish inside of the vehicles, introducing a bit of Italian style to the vehicles from Dodge, Chrysler, Jeep and Ram.

More importantly, under Sergio’s leadership, some key programs were greenlighted – including the introduction of the Pentastar V6 family and the supercharged 6.2-liter engine in the Dodge Challenger, Dodge Charger and the Jeep Grand Cherokee.

Of course, under Marchionne’s time atop FCA, he also worked to relaunch the Fiat and Alfa Romeo brands in the United States while also rebuilding the Maserati brand.

Sergio Marchionne’s leadership played a key role in the face of the current American auto industry, including bringing the most powerful American production road engine ever to market. While FCA is the most-affected by his loss, Marchionne’s passing is a loss for the global automotive industry.

Our thoughts and prayers are with Marchionne’s family during these troubled times.