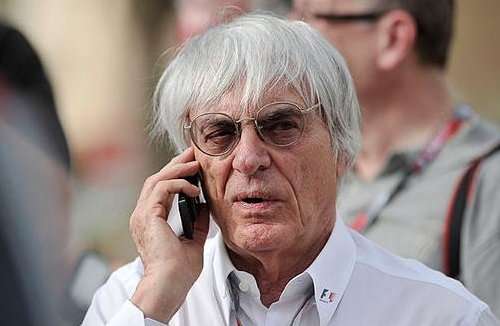 We brought you the news late last week that the famed Nürburgring race course in Germany is facing dire debt problems that will likely send it into government controlled bankruptcy if someone doesn’t swoop in and “save the ring” – and now it appears that F1 boss Bernie Eccelstone could be that special someone.
Advertisement

The Nürburgring is millions of dollars in debt and having already borrowed and squandered a massive chunk of money from the European Union, the only hope for the Ring appears to be either a company looking to buy the huge racing facility or a single individual with a whole lot of money. Bernie Eccelstone, President and CEO of the F1 racing association, just happens to be an individual with a whole lot of money and between his financial wealth and his globally popular racing league – Eccelstone has pledged to do what he can to help keep the legendary race track in operation. Click here for more details on the track's financial issues.

Eccelstone has stated that he will schedule a Formula One race at the Nürburgring in 2013 and to help the owners, he will waive the race sanctioning fee. How much of a help is that? Well, it cost the organizers from the Circuit of the Americas in Austin Texas a whopping $25 million to have the F1 circuit compete at their facility so waiving the sanctioning fee is a fairly substantial decline in costs. This event being held at the Nürburgring would likely bring in millions in revenues for the 2013 season – possibly allowing the track management to keep the Ring open beyond the end of the 2012 season. Unfortunately, while millions of dollars in revenue from an F1 race would be a huge influx of cash, we shouldn’t lose sight of the fact that the track management has racked up hundreds of millions in dollars of debt in building a roller coaster and mall on track grounds. On top of that, Eccelstone has stated that he would "bear all costs, but also claim all revenues” – so it stands to be seen whether an F1 stop at the Ring would be enough to really make any difference in the immediate future of the race course.

This is the best piece of news pertaining to the Nürburgring in some time, amidst rumors that the track may close and head into government administrated bankruptcy proceedings after the 2012 season. For the Ring to survive, it is going to need a massive injection of cash and while Bernie Eccelstone appears to have the ability to make that happen – how much charity will the eccentric F1 owner really be willing to contribute to the dying race track when it comes down to the full details of the deal?

With the scheduling for the 2013 F1 season already in progress, there isn’t a very long period of time for the two groups to deliberate over the terms of the F1 race in 2013 at the Nürburgring but if Eccelstone’s deal is good enough to keep the track open for another year – it may be just enough added time for track management to find a better, long term solution for their financial woes.

TorqueNews will continue you bringing you all of the latest Nurburgring news as this writer keeps his fingers crossed, hoping that the Ring will remain open for many years (and many record setting laps) to come. Should the “F1 solution” not pan out, there is still the belief that many hold that an automaker would buy the property if the price was right – which would likely keep the track operating as a track although whether it continues to be open to the public or not stands to be seen.