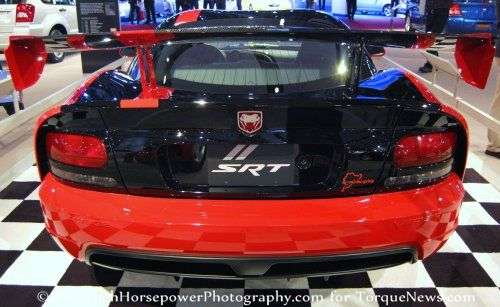 The famed Nürburgring is deep in debt, facing bankruptcy and complete closure

News has poured out of various German news sources this week that the famed Nürburgring race course is facing some 13 million Euros in debt with no way to pay said debt unless the managing group finds some massive infusion of money – money that the European government has said will not come from them – leading many to believe that the ‘Ring’s days are numbered.
Advertisement

This is a sad, sad report for many automotive enthusiasts who consider the incredible 12.9 mile race course one of the truest tests of a vehicle’s full capabilities anywhere in the world. While high performance cars are tested on tracks all over the world in an effort to earn bragging rights as being the fastest at that particular track – no course in the world has built a reputation like the Nürburgring. The 12.93 mile Nordschleife course has become the top proving ground for the world’s ultimate high performance vehicle and many diehard gearheads dream of tearing around “the Ring” in the supercar of their choice.

However, unless these gearheads can find a way to get to Germany by the end of this year to take their shot at one of the world’s most grueling road courses, there is a good chance that it will never happen. The problem is that the Nürburgring business entity is some 13 million Euros (15.82 million USD) in debt and the European Union is not interested in helping after a gigantic loan of 524 million Euros ($638 million USD) a few years back that was reportedly squandered on a roller coaster that was deemed to be unsafe along with a mall that has never garnered the traffic that track management had originally hoped. After questionable usage of the last huge chunk of money from the government, there is seemingly no chance that the local authorities will be quick to hand away taxpayer money to a business that only interests a small percentage of people around the world.

The good news is that the Nürburgring management plans to continue as scheduled through the 2012 season but after that, there is a good chance that the track will be forced into government administered bankruptcy and beyond that – the future of the incredible race course is totally up in the air. The best case scenario is that some uber-wealthy investor who loves high performance vehicles will step up and write a check big enough to get the Ring out of financial troubles but considering that the track seems to be an unprofitable business – the new owners/investors would need to make some changes if they want the track to have a chance of living into the future. Should the Ring be forced into court appointed bankruptcy, the assets of the company could be divided and sold in an effort to repay the outstanding debt.

In speaking with some automotive enthusiasts familiar with the situation, the belief is that an automaker (presumably German) will come to the rescue of the famed German racing facility. BMW and Volkswagen AG are both pretty comfortable financially so either of those groups could certainly “afford” to buy the Nürburgring but these two massive automakers are in such strong financial shape because they don’t make a habit of entering into poor business deals. The bean counters at BMW and VAG would likely give the thumbs down to the money-losing race facility but the romantic in all automotive enthusiasts would like to think that before the chains are wrapped through the gates of the Nürburgring, one of these storied automakers would step in and make sure that the Ring is around for years to come.

The other possibility is that a non-German automaker will purchase the Nürburgring in an attempt to strengthen their company position in the performance car world. Toyota loves testing models at the Ring and has even gone so far as to name special edition trimlines of their Lexus LFA supercar after the famous track but do they love it enough to bear the brunt of the massive debt racked up by the current managing group?

Only time will tell but with under 5 months left in the 2012 calendar year – the life of the Nürburgring could be coming to a very rapid end. Hopefully the folks at the Chrysler Group have either already made their passes with the new SRT Viper GTS to defend the Viper’s Ring record or they have planned to make a trip to do so before the end of the year. There have been rumors for quite some time that the Ring could be facing financial troubles but the sound of these new reports indicate that things are much more dire than some expected.

Ultimately, as a lover of high performance vehicle, one of the few line items on my bucket list is to make some laps around the Nürburgring but it appears that will be one dream that dies with many of us if the Ring closes after this year. It is hard to believe that such a well known track could be headed for the history books but with a record of losing money and a government unwilling to help – salvation will fall on the shoulders of private investors and automakers to Save the Ring.

The image above on the right shows the Dodge Viper ACR – the car responsible for some of the fastest laps ever recorded by a street legal production car on the Nürburgring. This feat is recognized by the Nürburgring track logo next to the right rear tail light.