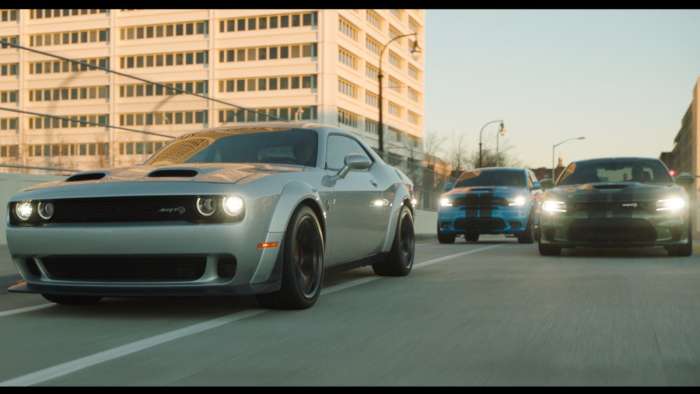 Dodge Super Bowl Ad Drops Ahead of the Big Game

FCA has traditionally been one of the few automakers which pays the big money for advertising time during the National Football League’s Super Bowl each year and with the promise of more to come during the big game, we bring you a preview of the Dodge Super Bowl commercial – or a Super Bowl-themed commercial leading up to the company's actual big game spot.
Advertisement

Airing a commercial during the Super Bowl broadcast is incredibly expensive, with CBS charging an average of $5.25-million for a 30-second spot during the big game and while pricing has been high for years, FCA has been one of the most active automotive advertisers. It seems as though that will be the case once again for Super Bowl 53, with FCA releasing three commercials serving as part of their “big game blitz” along with the promise of a new commercial during the game.

“We have something new up our sleeve leading up to the big game this year,” said Olivier Francois, Chief Marketing Officer, FCA. “We launched these three videos today to give our fans a taste of what’s to come. As for what's next, everyone will just have to wait and see.”

Today, we bring you a look at the Dodge commercial of that group.

Next, a Dodge Charger Hellcat shows up, slipping and sliding its way around the unnamed city and the 475-horsepower Durango is the third to show up. The vehicles come together, riding in formation as they race to the big game in Georgia.

We don’t know what FCA has planned for the Super Bowl broadcast, but it looks as though there are some high performance machines headed that way. Perhaps all of this power will be showcased in another commercial that debuts during Super Bowl 53, but FCA also has Ram and Jeep commercials that are included in this series.

In other words, we have no idea what FCA has in store for the game, but in the meantime, the Dodge brand has rolled out another adrenaline-filled commercial chock full of high performance Hemi-powered vehicles.