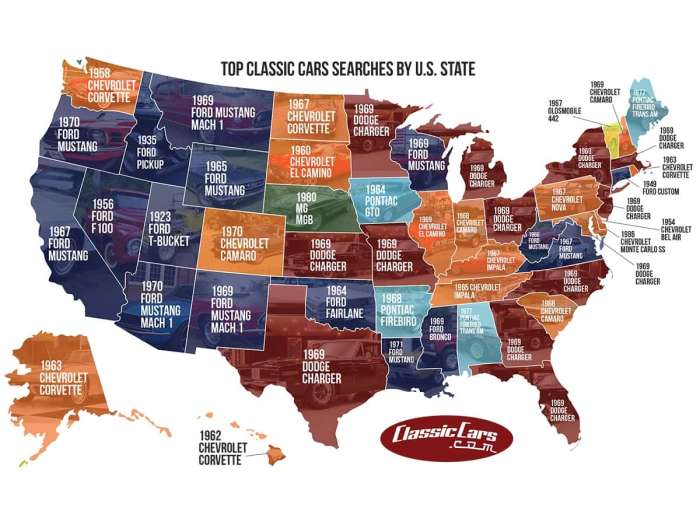 The team at ClassicCars.com has announced that the most commonly-searched car in their most recent collection of data was the 1969 Dodge Charger, with the Mopar muscle car beating last year’s winner – the Ford Mustang – by a narrow margin.
Advertisement

ClassicCars.com is one of the internet’s leading outlets for finding classic vehicles of all sorts for sale and each year, the website tracks the most-searched vehicles from June of one year to June of the following year. For the period that ran from June 2017 to June 2018, the 1969 Dodge Charger was the most commonly-searched vehicle on the website.

“When we conducted this study last year, we were surprised by the diversity of the searches state-by-state; this year we were surprised by the amount of change in just one year,” said Roger Falcione, president and CEO of ClassicCars.com. “Tastes evolve regionally, but the staples of the performance car market have remained constant, and that is why we believe values continue to be so strong for cars like the Charger and Mustang.”

The Full List
The 1969 Dodge Charger was the most commonly searched car in the past year with 13 states, followed by the Ford Mustang in second with 10 states. As an interesting point, the Charger that won was specifically the 1969 model, while the Ford Mustang had a variety of model years from 1965 through 1970 combine to finish second. As you can see, there was a three-way tie for sixth and ten vehicles tied with one state a piece in seventh.