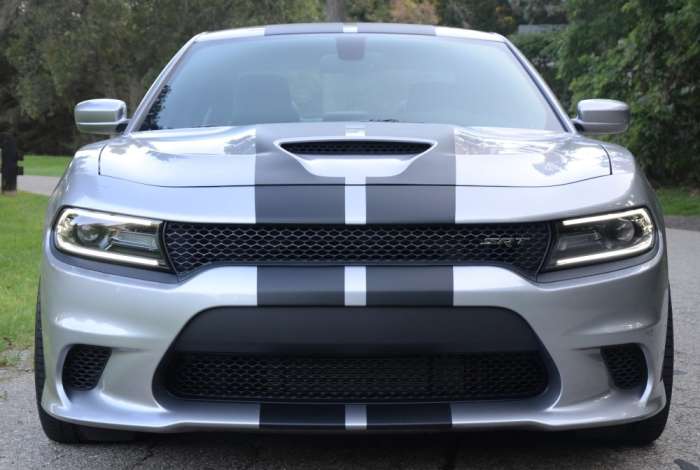 FCA has sold 65,624 examples of the Dodge Charger through the first ten months of 2018, once again making it the bestselling large sedan and the bestselling sedan with a rear-drive configuration in the US market – crushing pretty much every competitor across both sub-segments.
Advertisement

The Dodge Charger has long been the bestselling rear-drive sedan in the United States, but with the decline of the Ford Taurus and the Chevrolet Impala, the Mopar muscle sedan is also the bestselling large sedan in America with just two months left on the year. Even though the Charger rides on a chassis platform that is more than a decade old with a design that is entering its fifth model year, it continues to outsell every competitor in the large sedan segment and the rear-drive sedan segment.

Large American Sedan Sales
The American competitors for the Dodge Charger are the Ford Taurus, the Chevrolet Impala, the Cadillac CTS and the Cadillac CT6. Since the Chevrolet and Cadillac sales are reported quarterly, we will compare their numbers to the Dodge numbers from the first three quarters. The Ford Taurus and Chevy Impala are front-drive-based, but for the sake of comparing the Charger to other large American sedans, we are including them here.

Ford has sold 23,709 Taurus sedans in the same time that Dodge has sold 65,624 Chargers and while Dodge sold 59,308 Chargers through the end of October (third quarter end), Chevrolet sold only 43,952 examples of the Impala. In other words, the Dodge Charger is killing the big sedans from Ford and Chevy through the first three quarters of 2018.

Cadillac sales are also reported quarterly and through October, GM has sold 8,777 examples of the CTS and 7,270 examples of the CT6. Even if you add in the 10,028 ATS units sold – some of which are coupes – the Charger still outsold all Cadillac sedans combined by more than double (59,308 to 26,075).

Rear-Drive Sedan Sales
The Dodge Charger comfortably outsold all of the Cadillac rear-drive sedans combined, but the bestselling rear-wheel-drive sedans sold in the United States (other than the Charger) come from BMW and Mercedes Benz. The Charger loosely competes with the BMW 5-Series and 7-Series while taking on the Mercedes-Benz E-Class and S-Class in terms of function and performance.

Through the first ten months of 2018, BMW has sold 34,910 5-Series sedans and 6,685 7-Series models. During that same period of time, Mercedes moved 36,199 E-Class models and 11,820 S-Class models. Keep in mind that these European models include any available wagons, some coupes and a variety of all-wheel drive models, but they are all rear-drive-based so they fit for this comparison.

BMW’s bestselling rear-drive sedan is the 3-Series, which has moved 38,176 units through November while the popular Mercedes C-Class has sent out 47,883 units this year. Those cars are smaller than the Charger, but the big Dodge is still outselling them both.

Finally, Audi sells mostly all-wheel-drive sedans, but for the sake of comparison, we wanted to include some of their numbers as well. Through November, Audi has sold 56,439 sedans, including the A3, A4, A6, A7 and A8, as well as all of their performance models, wagons, etc.

The bottom line here is that when it comes to large sedans or rear-wheel-drive sedans, the Dodge Charger continues to outshine every competitor from around the world – usually by a comfortable margin.