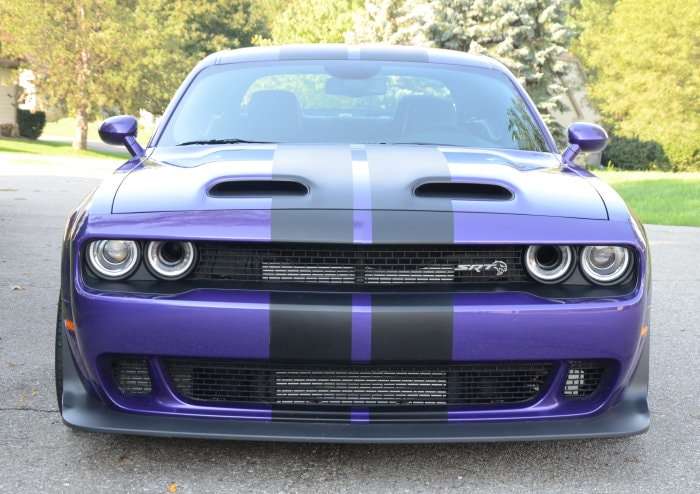 FCA announced this afternoon that production of the 797-horsepower Dodge Challenger SRT Redeye began today in Brampton and while we don’t know for sure when the first units will reach dealers – we do know for sure that the newest Mopar muscle car is about to hit the streets.
Advertisement

According to FCA, 2019 Dodge Challengers with the Hellcat Redeye package began rolling off of the assembly line in Brampton, Ontario, Canada earlier this afternoon. This means that if you were one of the first people to order the new Redeye package, your car may have been built today. More importantly, with cars rolling off of the line, the arrival of these supercharged muscle cars to dealers and owners around the country draws closer.

There is still no clear timetable as to when deliveries will begin, but the company is saying that they will begin shipping cars “this fall”. Fall began on September 22nd and ends on December 21st, so before the end of the year, some Redeye owners should have their cars. While this is exciting, we should remind those buyers who are eagerly waiting on their 797-horsepower machine that the first wave of deliveries for the original Hellcat and the Demon took quite a while as the company put the vehicles through rigorous quality control measures.

With that in mind, it could be some time before cars start shipping, but if nothing else, we know that production of the 2019 Challenger Hellcat Redeye is officially underway – albeit a bit later than we had anticipated.

In case you missed it, I was among the first people to spend time testing the Redeye and you can read all about that wonderful experience by clicking here.