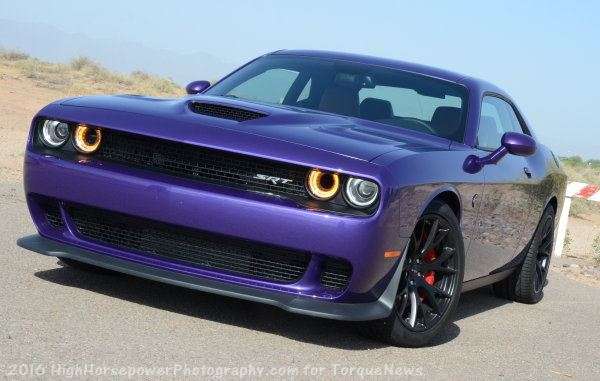 April 2016 marked the 73rd consecutive month of year over year sales growth for the Chrysler Group brands and while the 4th best month ever for the Dodge Challenger may have been a highlight – the success of the company in April was due largely to the trucks, SUVs and minivans.
Advertisement

The Chrysler Group brands combined to post positive year over year growth of 6% in April 2016, moving a total of 199,631 units across their six brands. The Jeep brand was the leader within the Chrysler Group in terms of both volume and growth rate, followed by the Ram brand, which was second in both volume and growth rate. The Dodge and Chrysler brands both saw year over year declines in April, but with the impressive new Pacifica minivan officially reaching buyers for the first time last month, we are likely to see a boom in Chrysler brand sales from the new minivan – all while the existing minivans continue to sell very well.

This is good news, since the company is putting the most stock in their SUVs, minivans, trucks and large cars, although their big, popular rear wheel drive vehicles had mixed results in April. The Chrysler 300 saw a nice increase of 47% compared to April 2015, but Dodge Charger sales fell by 9% and Dodge Challenger sales fell by 5%. The good news is that for the Challenger, April’s total of 6,412 units sold is the 4th best sales month of the modern era of the brawny Mopar muscle car.

Jeep Sales
The Jeep brand led the way for the Chrysler Group, with 84,298 units sold making the Trail Rated lineup the most popular of the group. The Wrangler led in sales volume with 19,003 units sold, followed closely by the Grand Cherokee (18,021) and the Cherokee (17,667). Aside from the Ram pickup family, these three Jeeps were the Chrysler Group’s bestselling vehicles in April and other than the Ram trucks, this trio of SUVs are the company’s bestselling vehicles on the year.

While the new Renegade and the aging Compass weren’t volume leaders, they both had huge growth numbers in April, with the Renegade improving by 131% while the Compass improved by 128%. Along with the rest of the lineup, these strong-selling small SUVs helped the Jeep brand grow by 17% compared to the same month in 2015.

Ram Brand
The Ram brand was the second best of the Chrysler Group in April in terms of both growth and volume. The Ram pickup, the two ProMaster vans and the Ram C/V combined for 45,810 units sold and a growth rate of 12%. While the two ProMaster models both saw big growth in April (61% for the larger model, 89% for the smaller City), the Ram pickup was the top dog in the brand with 41,079 trucks sold accounting for and 8% improvement over last year.

Dodge Brand
The Dodge brand saw an overall decline in sales compared to April of 2015, with 43,575 cars, minivans and SUVs accounting for a decline of 3%. The Dodge Caravan led in volume by a large margin with 13,203 units sold, compared to the Dodge Charger in second place with 8,213 sporty sedans sold in April. The Dodge Durango was third in April sales with 6,434 units, barely beating the Challenger with 6,412 units sold.

While that number of 6,412 Challengers sold last month is a slight decline from the same month last year, the April 2016 total is still good enough to be the 4th best sales month for the modern Dodge Challenger. Even as the new Chevrolet Camaro is hitting dealerships, people continue buying the Dodge Challenger.

Chrysler Brand
While the Chrysler brand’s total of 22,843 vehicles sold in April accounts for a decline of 18%, there were some highlights within the company’s premium lineup. The 200 continued to tank, but the Chrysler 300 improved by 47% in moving 5,570 units and the Town & Country minivan sent out 9,195 new models at the same time that the new Pacifica minivan began hitting lots for the first time. There were 487 Pacificas delivered last month, and I fully expect that number to explode in the coming months.

Fiat and Alfa
Fiat and Alfa Romeo are both relatively low volume brands and their figures are relatively insignificant in the grand scheme of things – but there are still some key points from the two modern Italian brands.

First up, the Fiat 500X continued to sell well, with 1,094 examples of the sporty little SUV sold in April. The original 500 and the 500L both saw their sales slide in April, but with the 500X being the model which I feel has the most appeal in the American market – the sales of the 500X are promising.

As for Alfa Romeo, this brand continues to quietly move along with 60 examples of the high performance 4C sold in April – leading to total sales this year of 229 units.

Elon Makes a Cybertruck Statement With an Action, But Quiet in Words
Tesla's Record Month in China: Doubled Registrations in March 2021
END_OF_DOCUMENT_TOKEN_TO_BE_REPLACED