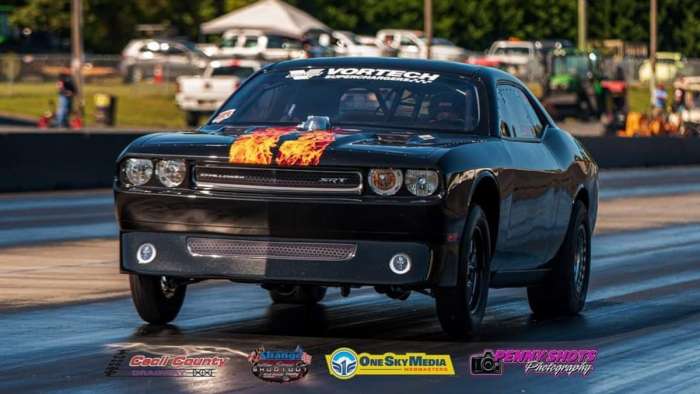 Dodge Challenger with Factory-Style IRS Coasts to a 7.59 Quarter Mile

The Dodge Challenger of John Reed is one of the quickest modern Mopar muscle cars in the world, running in the mid-7-second range with factory-style independent rear suspension setup rather than the popular swap to a solid rear axle.
Advertisement

Over the past few years, the Dodge Challenger has become the most capable factory-built road car for those who enjoy drag racing. The Hellcat model is capable of running in the 10s with just a drag radial tire. The Hellcat Redeye will run low 10s with drag radials and the Demon will run in the 9s without any changes at all. These cars have taken the American performance world by storm and they have done so with independent rear suspension.

A solid rear axle is preferable for most serious drag racers and in the case of many modern Dodge Challenger owners who spend lots of time at the drag strip, the solid axle swap is a key change to running crazy-quick elapsed times. That doesn’t apply to every serious modern Mopar racer, as John Reed’s 2009 Challenger is one of the quickest in the world and he is running with a factory-style independent rear suspension setup. 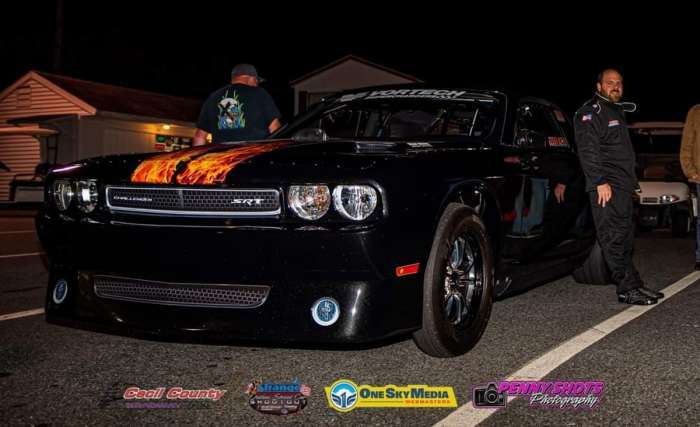 Recently, Reed and his monstrous Challenger turned in a quarter mile time of 7.59, resetting his own world record for the quickest modern Dodge race car running the factory-style suspension setup. Best of all, Reed ran that 7.59 coasting through the quarter mile beams, so this car could dive deeper into the 7s – and maybe even into the 6-second range.

Under the hood of this Challenger is a Billy Briggs Racing Engines 6.4-liter Hemi that has been enlarged to 426 cubic inches. It is fitted with a set of big valve cylinder heads from ThiTek, Manton pushrods and rocker system, an intake manifold setup from Wilson Manifolds, 550pd Billet Atomizers fuel injectors, a Firecore 50 8-plug wiring setup, a Holley EFI Dominator ECU system and a V30/94 Vortech supercharger.

With help from a RPM Transmissions 2-speed TH400 and a Driveshaft Shop 9-inch differential, this Dodge Challenger makes 1,575 horsepower at the rear wheels on the Moore Racecraft dyno. That power is put to the wheels with Menscer Motorsports coilers and BMR Suspension control arms and bushings, with help from a Rhodes Custom Auto 25.3 chassis.

Finally, this Dodge Challenger rides on RC Components wheels and Mickey Thompson 275/65R15 street legal drag radials. That’s right – it is on DOT approved tires because this car is technically street legal. It has plates and working lights, although Reed does not drive it on the street very often.

This Challenger was built completely at Reed Motorsports and aiding in the efforts of this 3,300-pound muscle car is the crew comprised of Joe Truszcienski, Scott Chalfant, George Weicker and Darcy Kyle.

Resetting the Record
In the video below, John Reed is making a pass in his Dodge Challenger at Cecil County Dragway in Maryland. Reed runs in the Ultra Street Legal class, which runs heads-up in the 8th mile, so his car is set up to do all of its damage by the 8th mile marker. That is why he is coasting through the quarter mile beams. However, even while coasting for nearly half of the track, he still runs deep into the 7-second range. Reed says that if he changed to a rear gear set that is better suited for the quarter mile, he could run in the high-6-second range with a trap speed of over 200 miles per hour, but again, this car is set up for 8th mile dominance. Even with that steep gearing, he turns the quickest ETs by any modern Dodge Challenger with the factory-style independent rear suspension setup. 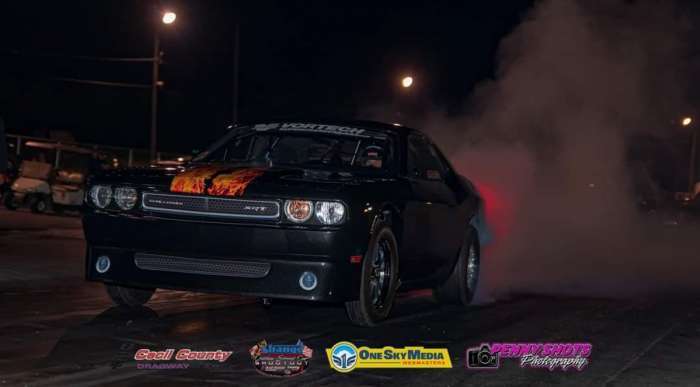 On this run, Reed lays down a stunning 4.69 at 153 miles per hour in the 8th mile, lifting shortly after and coasting through the quarter mile in just 7.59 seconds. After hitting 153 in the 8th, his quarter mile speed is “only” 145, showing that he is definitely coasting on the top end. However, even when coasting through the top end, this is still the quickest modern Dodge Challenger still using a factory-style independent rear suspension system.

For those wondering, the previous quarter mile record for a modern Dodge Challenger with the factory-style rear suspension and axle was a 7.82, set by Reed back in late 2018. He was the first person to put a Challenger with the factory-style IRS setup in the 7-second range and to this day, his car is unrivaled as the quickest and fastest of its type.