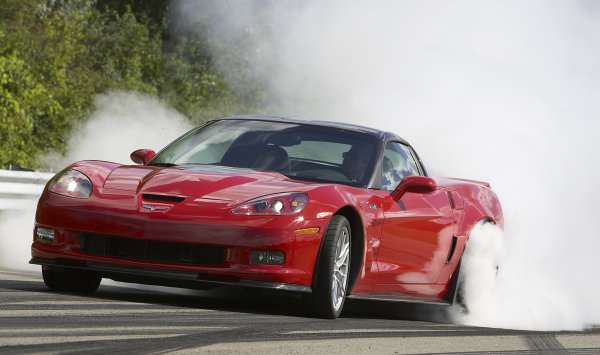 Late last week, some reports surfaced insisting that there would be a final collection of C6 Chevrolet Corvette ZR1 coupes built to commemorate the end of the 6th generation Corvette, but after checking with a connection familiar with the proceedings at the Corvette assembly facility in Kentucky – these reports seems to be completely incorrect.
Advertisement

It was a huge deal when General Motors introduced the new Chevrolet Corvette Stingray as this was only the 7th all-new Corvette in the 60+ year history of the fabled American sports car. In almost the same way that the introduction of a new model is a very big deal, the end of a generation is just as much of a big deal so when several sites reported that GM was planning a limited run of 50 C6 Corvette ZR1 coupes that would be named the “Final 638 Edition”, it almost seemed feasible. After all, the C6 ZR1 set all sorts of benchmarks for performance cars all over the world so making a special batch of those high performance Corvettes would seem like a very fitting farewell to the 6th generation Corvette.

These reports went so far as to include details of the Chevrolet Corvette ZR1 Final 638 Edition, explaining that it would be 300lbs lighter than other ZR1 coupes with a curb weight of just 2,969 pounds – allowing this beast to hit 60 miles per hour in just 2.65 seconds and run through the quarter mile in the 9 second range. These reports even listed a price range of $129,000 and production of the Final 628 Edition C6 Corvette was supposedly scheduled to begin on Monday, May 26th.

The most unusual part of these initial reports of the Chevrolet Corvette ZR1 Final 638 Edition was that they were to be badged as 2014 and 2015 model year vehicles...even though the C6 generation officially ended with the 2013 model year. Plenty of automakers will continue to offer a special edition (and/or high performance) package of a particular model through the first model year of a new generation – such as the final run of Cadillac CTS-V Coupes that are being sold alongside the all-new Cadillac CTS sedan. The Final 638 Edition Corvette could have followed those same lines, but it would seem odd for GM to announce this more than a year after the C6 Corvettes were out of production. After all, prior to the start of production of the 2014 Corvette Stingray, the Bowling Green Assembly facility was shut down for months while the team retooled the plant to build the C7 Corvette. This means that GM would have had to build these 50 C6 Corvette coupes before the plant was retooled for the C7 or they would have to build them all by hand.

Based on my doubts of a C6 Corvette being built and sold more than a year after the production of the C7 Stingray began, I reached out to a connection who has a good working knowledge of what goes on in the Bowling Green Assembly plant. If GM was still building C6 Corvettes in the plant, he would know about it. Unfortunately (for those hoping to score one of these final ZR1 coupes), he confirmed what I had initially thought – there have been no C6 Corvettes built since the plant was shut down and retooled last year. When I asked him if the automaker had maybe set aside 50 ZR1 coupes to create these Final 638 Edition models (although the reports state that they are to be produced starting next week), he replied with the following humorous comment:

“If General Motors had 50 unbadged 2013 Corvette ZR1s sitting around for some unknown reason, do you really think that someone on a forum or Facebook page wouldn’t have posted a picture and questioned why these cars are sitting around? Hell, if GM happens to stick a random wheel on a Corvette and park it in sight of the general public for more than 90 seconds, someone on a forum has snapped a picture and posted about how it is a new trimline based around one random wheel.”

He does have a point with how quickly news travels in the age of the internet, even when that news is incorrect. In any case, it seems that there is definitely no C6 Corvette ZR1 destined to arrive as a special 2014 or 2015 model so those folks hoping to write a check for $130k to buy one of the Final 638 Edition models should save their cash and plan to buy the new C7 Corvette Z06 when it arrives later this year.

A special thanks to Mr B for the insight on what is going on in the Bowling Green plant.