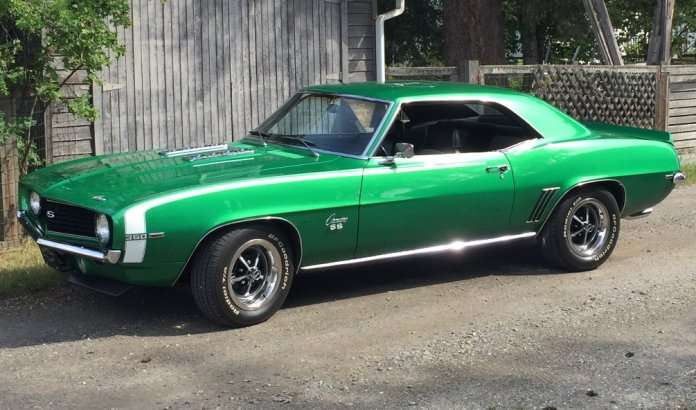 The TorqueNews/Camaros Unlimited Camaro of the Month for December 2017 is the 1969 Camaro SS shown above, owned by Vic Goertzen.
Advertisement

Each month, TorqueNews works with the members from the Camaros Unlimited Facebook page to select our Camaro of the Month. The process begins with the members of the Camaros Unlimited Facebook page – more than 41,000 of them – nominating their favorite Chevrolet Camaro owned by a fellow member of the page. Once five (sometimes six) cars/owners have been nominated, the voting begins and when the balloting closes – we have our Camaro of the Month.

For December 2017, the Camaro of the month is the 1969 Chevrolet Camaro SS shown above, owned by group member Vic Goertzen of Quesnel, British Columbia. We asked Vic for some information on his beautiful ’69 Camaro, and below you will find the rundown on this classic Chevy muscle car.

Vic Goertzen’s 1969 Chevrolet Camaro SS
This 1969 Camaro SS has 62,000 original miles on the odometer and the owner has both the original protect-o-plate and the bill of sale. Under the hood is a 350 cubic inch V8 mated to a Muncie M22 4-speed manual transmission – better known as the Rock Crusher. Out back, a 3.73 posi rear end sends the power to the ground. On the inside, this ’69 Camaro SS has the original black houndstooth upholstery and factory air conditioning.

Vic has owned the car for 11 years. He bought the car out of Alabama, where is had been purchased by a woman back in 1969. She had traded a 1964 Impala SS in on the Camaro.

The car drives just like it came out of the factory. It doesn’t see rain, it is only driven in good weather, spends lots of time in the garage. Have contemplated selling it to buy a pro-touring ‘69 Camaro, but will have a tough time letting it go if that day comes.