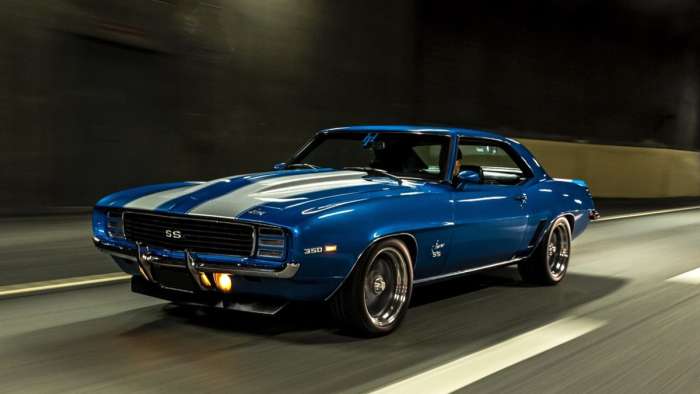 The TorqueNews/Camaros Unlimited Camaro of the Month for December 2018, the winner is the gorgeous 1969 Chevrolet Camaro X11 SS/RS, owned by Swedish resident Stefan Warnemo.
Advertisement

For December 2018, the members chose this stunning 1969 Camaro X11 SS/RS owned by Stefan Warnemo of Sweden. After Warnemo’s muscle car was picked by the community, I reached out to him for more information on his flawless ’69 Camaro.

I bought this Camaro in July 2015. It was not for sale, but I found it on the Swedish site www.garaget.org and I managed to persuade the owner to sell it to me. The car was originally sold in Sweden back in 1969 with all available Swedish options for an X11 SS/RS.

It was a little rusty on the doors and it was the wrong blue color on the hood, so I decided to have the car refinished. I first left it to a company who totally destroyed several parts and the work was unacceptable. They damaged moldings, windows, etc, and the remounting work was not okay.

I then decided to take in offers from other companies who could fix the car and I choose Art On Car in Lessebo. Tony, the owner came to me last year in August 2017 and I got the car back in April 2018. Now it`s really nice with Lemans Blue metallic 1969 with extra metallic and painted silver stripes.

In June 2018 the car won People’s Choice at Camaro Sunday Run and in October this year I decided to mount an TH700 with a lock-up. The engine is a 350 with a roller cam and 400hp, really nice small block.

I`m working with it all my spare time and right now I`m installing a Retrosound stereo.

In my garage I have the original SS-hood, rims and the whole suspension parts.

I have contacted the Elmia car show and if they have space for me, I´m going to have the Camaro on this exhibition. Next summer I´m just going drive and go to exhibitions.

I would thank Tony on Art On Car.

Congratulations to Stefan Warnemo and his pristine 1969 Camaro X11 for taking home the title in December 2018. If you would like to participate in the Camaro of the Month program with your Chevy muscle car, click here to join Camaros Unlimited!