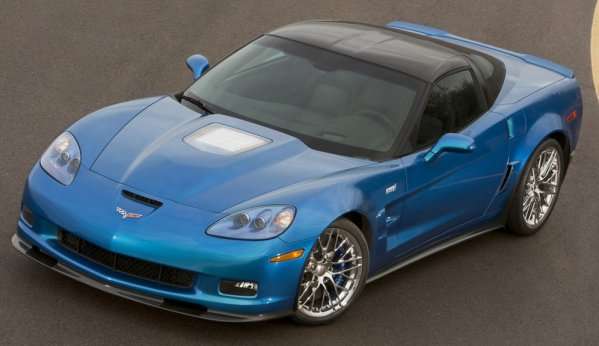 General Motors hasn’t offered any official information on the C7 Chevrolet Corvette ZR1, but information in the company computer system points to the arrival of a new super-Vette – and soon.
Advertisement

It seems like we have been talking about the C7 Corvette ZR1 since before the newest generation of the Chevy sports car hit the market, because we have been talking about the next generation ZR1 since before the C7 arrived. Unfortunately, General Motors hasn’t offered up any information on a C7 ZR1, but the seemingly endless stream of spy shots and video make it clear that there is something more extreme than the current Z06 on the way.

Along the way, the rumors suggested that the Corvette above the Z06 could be called the Zora or something other than the ZR1, but some new information from the GM dealership computer system seemingly confirms that there is a ZR1 coming and it could be coming soon.

ZR1 Clues in the Dealership System
The “proof” of a C7 ZR1 comes from the crew at the Corvette Action Center. One of their members has access to the General Motors vehicle ordering system and in that system, they found two very clear clues to the pending arrival of the ZR1.

First, in the caliper color section of the Corvette ordering system, one of the options is “ZR1 BLUE” and second, in the section for additional charges, there is a line item which reads “Gas Guzzler Tax, ZR1”.

Those are two seemingly minor comments, but they are the best proof of an upcoming ZR1 from a company source which we have seen thus far. While ZR1 Blue could just be a name applied to a new package color, there is no other explanation for the ZR1 Gas Guzzler Tax line item than to add the gas guzzler charge for a Corvette ZR1.

Coming Soon?
Even though General Motors hasn’t said anything about the future of the Chevrolet Corvette ZR1, it seems unlikely that the company would add this information to their new vehicle ordering system if they didn’t have plans to use it. Also, since companies generally hold off as long as possible when adding new vehicle information, these new ZR1 line items are likely to be used relatively soon.

The 2018 model year is right around the corner, so it seems like more than a coincidence that these ZR1 line items have popped up at this point in the year. Provided that the ZR1 Blue calipers and the ZR1 Gas Guzzler Tax weren’t added by mistake, the presence in the vehicle ordering computer system would point to a 2018 model year arrival for the next super-Vette.

At the same time, the ZR1 is going to be huge news in the automotive world and time is running short to introduce the next high performance Corvette in order to give it a full 2018 model year run.

The bottom line for now is that GM has added ZR1 information into their vehicle ordering system, so it seems more likely than ever that there is a C7 Corvette ZR1 on the way.