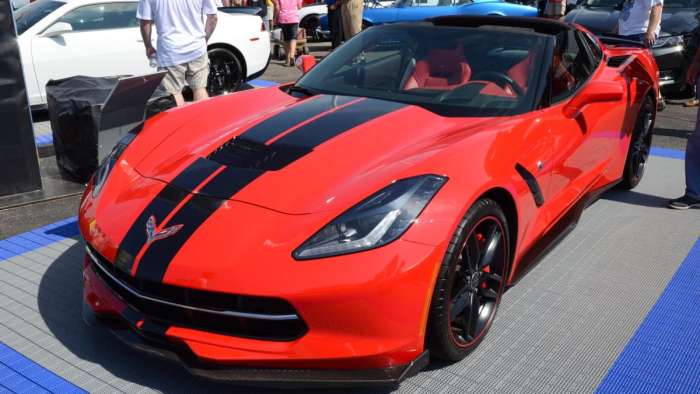 New European emission requirements going into effect on August 31st will kill the Chevrolet Camaro and Corvette across the continent.
Advertisement

If you live in Europe and you have been waiting to buy a new Chevrolet Camaro or Corvette, you will need to do so in the next few months. On August 31st, 2019, the new emission regulations for the European Union go into effect and when they do, the LT1 V8 in those two legendary Chevy performance cars will no longer be legal in the European new car market. Mind you, both cars are still legal for road use, so the people who have them can still drive them all over Europe, but new car dealerships will not be permitted to sell the cars that Americans know as the Camaro SS or the Corvette Stingray.

No LT1 for Europeans
The information explaining the European emission laws is complex and wordy, so we aren’t exactly sure what it is about the current LT1 that makes it illegal in the new car market under the upcoming laws. We are not sure if there are laws preventing an engine of this size, if the 6.2-liter LT1 just creates too many harmful gases or if it fails to meet fuel economy requirements, but in any case, as of 8-31-2019, Chevrolet dealerships around the European continent will not be allowed to sell the Camaro or Corvette.

That is sad news for Americans living in Europe as well as Europeans who love American performance cars, but the good news is that the cars are still perfectly legal for road use. Also, both of these cars are still a welcomed part of the used car market, so anyone living in Europe who really wants a Camaro or Corvette can buy one from a private seller or a used car dealership.

Not a Huge Deal
Sadly, while Americans are likely disappointed to hear that two popular American performance cars are being pulled out of the dealership lineup in Europe, Americans might be more upset about this than Europeans. Neither the Corvette nor Camaro have ever been produced in the right-drive configuration that is expected in some parts of Europe, making those models less enticing to drivers who prefer the familiar layout.

More importantly, the Camaro and Corvette are both fairly expensive in Europe, as it buying gasoline, so these two LT1-powered Chevy performance cars are expensive to buy and expensive to feed. When you add in the fact that both cars require drivers to effectively sit on the wrong side of the car, it doesn’t come as a huge surprise that they don’t sell very well in the European Union.

In any case, the last batch of Camaros and Corvettes planned for European distribution are already scattered across the continent, so if you live in Europe and you want to buy either one of these cars new, you have about 10 weeks.

Also Watch One Chevy Camaro Engine Tuning That a Hellcat May Never Catch and Subscribe to Torque News Youtube Channel for Daily News on Camaro, Corvette and Cars in General.

See you in the next story in which I will discuss the need for the Ford to build an F-150 Raptor with GT500 engine.

kenneth Dahlgren wrote on June 13, 2019 - 9:51am Permalink
Please note the big portion of Camaro and Corvette is sold in Germany, France and Sweden not in UK or Portugal