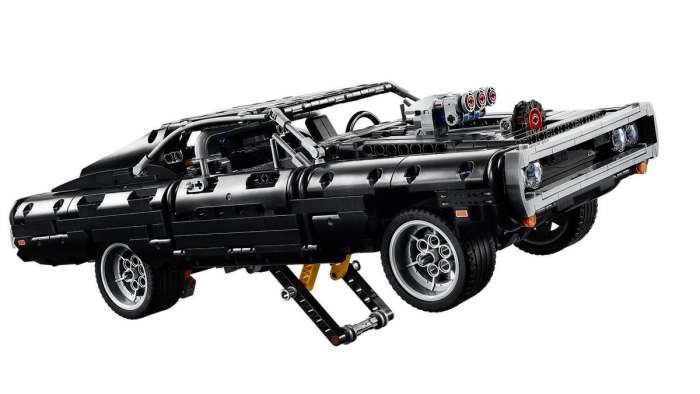 The supercharged Dodge Charger from the original “The Fast and the Furious” is the newest addition to the Lego Technic lineup, scheduled to arrive in late April.
Advertisement

The classic Dodge Charger was introduced to the Lego world early last year when the old school muscle car was offered alongside the 2018 Challenger Demon in the Lego Speed Champions lineup. Those cars were great, but they were small and didn’t offer the detail of the higher-end Lego kits. Fortunately, those Mopar fans who want a more detailed Lego version of the legendary muscle car are in luck, as the classic Dodge Charger is coming to the Lego Technic lineup.

Best of all, this isn’t just any classic Dodge Charger – this is the supercharged muscle car driven by Vin Diesel’s character Dominic Toretto in the original The Fast and the Furious movie. With that in mind, this small-scale Mopar machine is offered in modified form, complete with a supercharger sticking through the hood, moving engine parts below it and nitrous oxide tanks in the trunk. 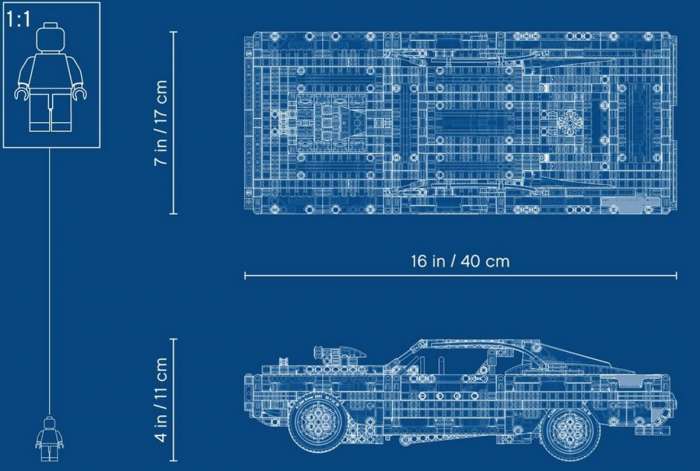 Dom’s Lego Charger
The classic Dodge Charger from The Fast and the Furious that is coming to the Lego Technic lineup is a 1/13 scale. When the 1,077 blocks are assembled, this 1970 Charger measures about 16-inches long, 7-inches wide and 4-inches tall. The kit features working steering and suspension components, moving engine parts and the body opens up like a real car, including the hood, trunk lid and doors. It also has a prop so that it can be displayed with the front wheels in the air, similar to the famous scene from the end of the first movie. 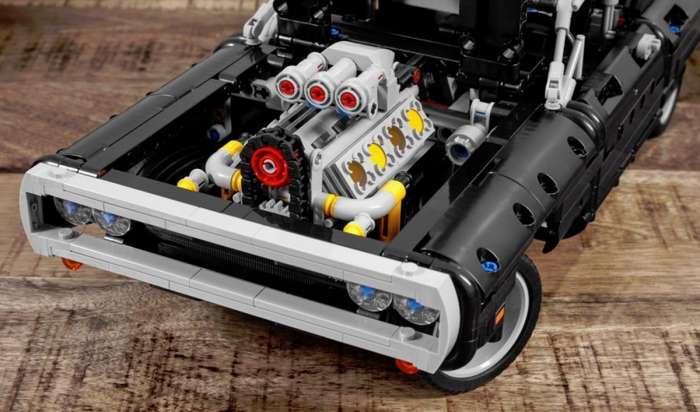 Of course, the kit comes with a Lego figurine, but none of the pictures from the company website shows that figurine, so we don’t know if it is designed to look like Dominic Toretto or not.
This Dodge Charger kit is ideal for the Lego-loving Mopar fan in your life who wants something with more detail than the smaller Speed Champions Charger that was introduced last year.

Pricing and Availability
Dom’s Dodge Charger is quite a bit bigger than the Speed Champions cars, so it should come as no surprise that this kit costs quite a bit more. On the Lego website, this kit retails for $99.99, so when it begins showing up in stores, it will be priced right around a hundred dollars, but there are likely to be some retailers which price it a bit lower. 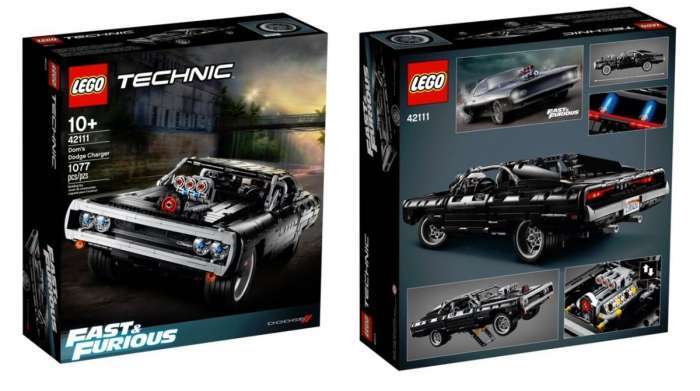 Lego expects for the first examples of this Dodge Charger Technic kit to ship on April 27, 2020, so they could begin showing up in stores in May. If you don’t want to hunt for one in stores, you can also order one from the Lego website and have it shipped to your door for free.

Tesla-Funded Research Reveals One of The Biggest Mysteries of EV Battery
Tesla Tesla Buyer Nets a Whopping $12,000 Discount After Asking for Reduction
END_OF_DOCUMENT_TOKEN_TO_BE_REPLACED