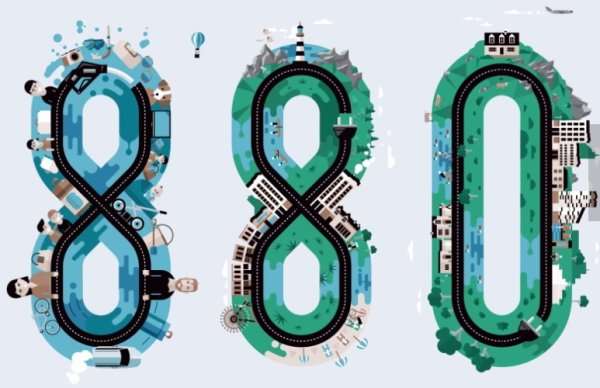 The Chrysler 880 is Coming to Detroit - But What is It? (Edited)

According to the Chrysler website, the Future of the brand will be revealed on January 11th at the North American International Auto Show and based on the vague teaser image shown above, this new vehicle will be called the 880 – but what is it?
Advertisement

This morning, it was brought to my attention that when you visited the Chrysler.com website, the first image you are shown is what you see above. It includes the promise that the Future of Chrysler will be revealed, and it has a timer which, as you can see in the image above, is 6 days and 19 hours from reaching all zeros. The image also tells us to tune in on 1/11/16 to see it live and we know that January 11th is the opening day of the North American International Auto Show in Detroit.

In other words, the Chrysler Group should be introducing the future of the Chrysler brand on the opening day of the Detroit Auto Show and it appears as though it will be a vehicle called the 880. There is no further information offered on this vehicle, but I believe that the 880 logo offers some clues what to expect from this new model.

Surely a New Vehicle?
First off, there is no guarantee that the 880 actually refers to a new vehicle, but when you click on the box to “sign up for more details” from the Chrysler.com front page, you are taken to a second page where it asks you to pick the vehicles about which you would like to learn more. That next page lists the 2016 200, the 2016 300, the 2016 Town & Country and the 2017 880 so if the webpage calls it a vehicle, I am going to run with that and hope that they aren’t leading us all astray.

It could be a specific package for one of the existing models, but I believe that the 880 could be the next generation Chrysler minivan with an all-new name.

Why a Minivan?
I am not sure why Chrysler would call the new minivan the 880, but there are a few reasons why I believe that the 880 name is involved with the next generation Town & Country minivan.

Most importantly, the website promises that we will see the future of the brand and for many moons, the Town & Country minivan has been the bestselling model in the Chrysler brand lineup. You would think that the future of the brand would focus on their bestselling product and based on past comments by company boss Sergio Marchionne, the continued effort to remove redundancies among the Chrysler Group brands will likely result in the demise of the Dodge Grand Caravan.

If the company is really going to kill off the Dodge Grand Caravan in the next generation minivan lineup, you would think that the new Chrysler minivan would be particularly important. After all, Chrysler invented the minivan segment.

Also, if you look at the 880 logo above from the Chrysler.com website, you can see that the numbers are comprised of scenes showing a man and woman, what looks to be smaller kids, a baby stroller and a variety of scenic looking locations. Oh, along the bottom of the first 8, there is also what certainly looks to be a vehicle shaped like a minivan.

Update: one of the readers who commented that that both the second 8 and the zero both have electric plugs making up the roads, so we have a gas filler head and a pair of electric cables - securing the idea that this is an alternative power minivan.

Finally, while I expect that the Chrysler 880 will be the next generation Chrysler Group minivan, I suspect that there could be some news on the fuel economy or even the type of drivetrain. Notice that the first 8 has a fuel filler head at the top and in addition to bubbles coming from the top of the 8, there are also bubbles coming from the back of the little minivan at the bottom of the 8. Perhaps the next generation Chrysler Group minivan will include a new alternative fuel option, or maybe it will just be more fuel friendly.

We will find out in less than a week.

Adarondax wrote on January 5, 2016 - 5:34pm Permalink
The "roadway" making up the first 8 has a gasoline nozzle at the top. The second 8 and the 0 have electric plugs.
Patrick Rall wrote on January 8, 2016 - 11:04am Permalink
Thank you for pointing this out. Ive added a note to the piece about the plugs!
Bobby wrote on January 8, 2016 - 6:32pm Permalink
Chrysler had a car in the 60's called the 880 so i think it will b an updated version. Like the challenger mustang and camaros. Two door sports car definitely. A minivan whould not warnt as much hype
mason hamilton wrote on January 7, 2016 - 4:29pm Permalink
Like everyone else's - this will be a half-assed hybrid of a suv and mini-van and will have all the bad features of both and few of the good ones. Chyrsler's stow-n-go minii van designs have no peers adaptability, space and utility wise in the entire global auto industry. Typical of US auto execs. they are obsessed with fixing what isn't broken - almost as much as ignoring the things that are broken.
jzj wrote on January 7, 2016 - 4:43pm Permalink
I'll guess as follows: 8 passengers 8 configurations 0 gasoline (i.e., it will come with either a gas engine, or as a hybrid plug-in, or as a battery-only electric) I think the plug-in and EV construction will necessitate foregoing the stow-n-go seating option.
Scott wrote on January 7, 2016 - 8:01pm Permalink
880 is an odd name. It was last used by Dodge for a re-badged Desoto and then low end police model Polara when the Polara went full size in 1965. It was only made 3 years.
Patrick Rall wrote on January 8, 2016 - 11:01am Permalink
You are correct, and I agree that it is odd.
jzj wrote on January 13, 2016 - 11:52am Permalink
So? Was this the Pacifica minivan plug-in hybrid? (And BTW, as the present owner of a T&C and Chrysler minivans for the past 20 years -- I love their flexibility -- I think ditching the name was stupid: way to destroy brand loyalty.)