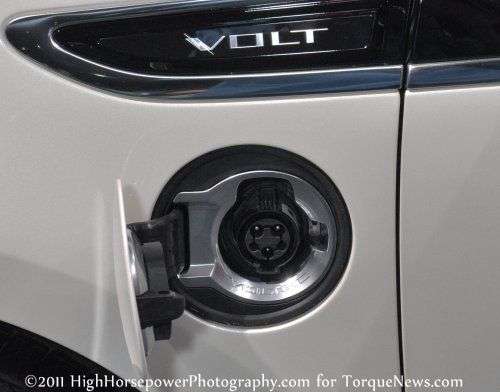 Last week, we brought you the news that the Chevrolet Volt would be available in the European market even though General Motors will be offering the Opel version of the Volt with a slightly different look and today, GM announced the price for the European Chevrolet Volt.
Advertisement

When the Chevrolet Volt hits European shores in November 2011, it will initially be offered in Germany but it will gradually become available across the continent and the price will start at €41,950 (Euros); €950 less than the Opel Ampera. With today’s conversion rate that means that a new Chevy Volt will set European buyers back a cool $58,630 US Dollars – and you thought that it was expensive in the American market! (The Ampera’s €42,900 converts to $59,957 in USD)

Wayne Brannon, President and Managing Director of Chevrolet Europe, had this to say about the price of the Chevy Volt in the European market:
"We believe Volt is the best solution on the planet today for worry-free electric driving. Our price in Europe is based on the U.S. Volt price adjusted for transportation cost, import duties, exchange rates and homologation."

General Motors is quick to point out that the European spec Chevy Volt sedans will come with a leather interior and 8 year/100,000 mile powertrain warranty which includes the battery pack; the same warranty enjoyed by American Volt owners. The €41,950 price tag for the 2011 Chevrolet Volt also includes the seemingly excessive “value added tax”. The hefty price difference is likely due mostly to the cost of shipping the Volt to Europe, as well as the other costs associated with importing a vehicle to a foreign market. One advantage for European buyers is that with their residential electrical system differing from our own, the Volt is capable of fully charging in 3-4 hours just by being plugged in to a typical household socket.

The Chevy Volt will start around €1,000 less (around $1,400 USD) and based on previous statements from GM, the Volt will be a bargain model compared to the Opel Ampera. General Motors decision to sell the Volt in the European market alongside the Ampera could be the first test to see how well the Volt sells with in-house competition, possibly leading way to more American vehicles using the Voltec drivetrain technology. Since the Volt met the world, there have been rumors that there will be Cadillac and Buick models that are not much more than dressed up, rebadged versions of the Volt which would allow GM to charge more for those premium models – thus bringing the company closer to profitability on Voltec-powered models.