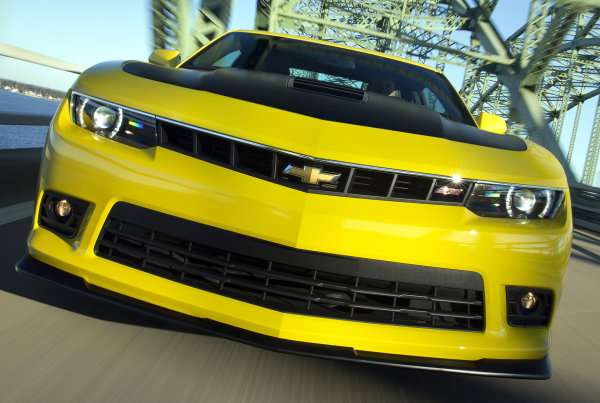 A recent discussion on the Camaros Unlimited Facebook page had Chevrolet Camaro fans voicing their displeasure about the high price of the modern GM muscle car and after doing some research, I found that the cost of buying a new V8 Camaro has gone up quite a bit when compared to the rest of the industry.
Advertisement

After seeing so many Camaro fans complaining about the high price of the 2014 models, I got to looking around the internet for historical pricing. For the sake of discussion, I researched prices from the 1970 and from the end of 2013 – both the average prices for the American auto industry and prices for the Camaros sold in 1970 and 2013.

One of the reasons that the Chevrolet Camaro (and the Ford Mustang) were so insanely popular when they were in their glory days of the 1960s and 1970s was that they were very inexpensive vehicles. Even though they were among the best performing cars sold in America, they were still among the most affordable cars in America. These were cars that cost less than the average new vehicle and because of that, the average American could afford to buy a new V8 Camaro. However, even with the price of larger, more popular vehicles like pickup trucks and SUVs raising the average price of a new vehicle in America, a V8 Camaro still starts a fair amount above the average price of a new vehicle. This is why the Camaro has such a high take rate for the V6 models – not because people don’t want to have an American V8 under the hood of their muscle car – because people have a harder time justifying a car that costs 6% more than the average new vehicle rather than 24.5% less than the average new car for a V6 Camaro. No longer is the V8 Camaro a car for the average buyer, especially when you consider the simple fact that the Camaro isn’t a very practical car for those who live in areas that have snowy winters.

Now, the sad reality is that no measure of complaining by enthusiasts will have any impact on how General Motors prices the Chevrolet Camaro. After all, the Camaro is the bestselling rear wheel drive performance car in America for four years running so their pricing strategy isn't hurting them much in the sales department. Where the old school Camaro was a budget buy even in the higher performance trim lines, modern buyers looking to save some money at the dealership are forced to buy the V6 or pay much bigger money for the Camaro SS.

Fortunately the 2014 Chevrolet Camaro range with a base model that offers 323 horsepower, an SS package with 426 horsepower, a modern Z/28 with 505 horsepower and the top of the line Camaro ZL1 with 580 horsepower offers a huge range in performance and in pricing …although buyers have to be far more careful about exceeding their budgets now than they were back in 1970 when ordering their ideal Camaro.

Joe wrote on March 21, 2015 - 11:24am Permalink
I bought a 2013 camaro right when it came out. after driving it for a few years, I can say with a 100% honestly the car is WAY over priced! These are built very cheap at best, and GM banked on the name camaro. It's sad really. The V6 is sluggish, If you drive down the freeway you can hear the outside air, you can hear the gas slushing around in the tank, the rear quarter panels don't even line up properly with the rest of the body, even the wipers are cheap. but the worst part is the paint is so think every little pebble that hits the car leaves a scratch. It's sad to say but GM is really going down hill I've been a Chevy fan my entire life. Couldn't even bring myself to even look at any other brand. But, what does GM have to offer it's sporty car fans these days? nothing really. You have your choice camaro or vett. And, now the price of a camaro is more than a vett ? What gives??? I was just at the dealership they have a new camaro convertible sitting beside a new vett, the camaro is almost 20k higher than the vett. unreal! Last decent car you guys offered was the 06 Monte Carlo ss integrated V8 . Bring back that body style and engine combo. put a thick coat of paint on it, use prime components and make sure you cover any weak parts you have,At a fair price (18-25k is more than fair) and bring back the faith in GM.