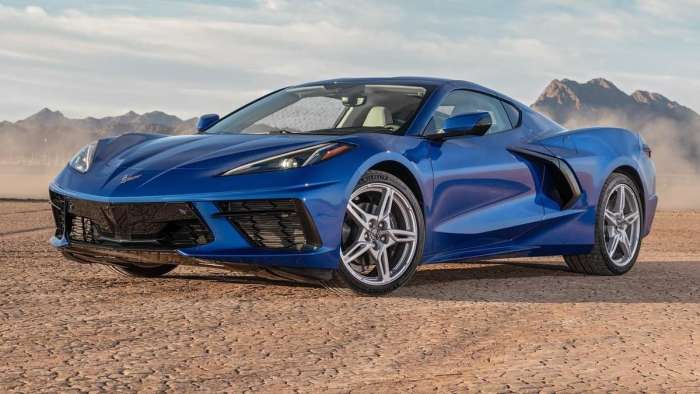 While all of the high performance C8 Chevrolet Corvette variants are being delayed due to the Covid19 pandemic, a leaked document acquired by the media branch of Hagerty insurance reveals the engine information, power levels and original release date for the Z06, Grand Sport, ZR1 and Zora models.
Advertisement

Late last month, we brought you the news that the Chevrolet Corvette Z06 had been delayed due to the Covid19 pandemic essentially shutting down the entire auto industry. The information on the delay of the Z06 came from a memo to suppliers, but that wasn’t the only notice sent out regarding delays in future models.

The team from Hagerty insurance got ahold of another internal document from General Motors that mentions the delay of the C8 Corvette Z06, but it also listed other models that are likely to be pushed back. That list includes the Grand Sport, ZR1 and Zora models, but that document didn’t just list the vehicles’ names. It also included engine details, including the engine names and the expected power range.

In short, Hagerty has revealed the power numbers for the rest of the C8 Corvette lineup from now through 2025.

New LT2 Models
The 2020 Chevrolet Corvette Stingray is powered by the LT2 V8 that delivers 490-495 horsepower and 465-470 lb-ft of torque, with the higher number applying to those models with the performance exhaust system.

The information acquired by Hagerty points out that the company was planning on a right hand drive version of the Stingray for export sometime in 2021. The only key difference with this car is the relocated driver’s position, but there is some interesting LT2 news for the North American market. 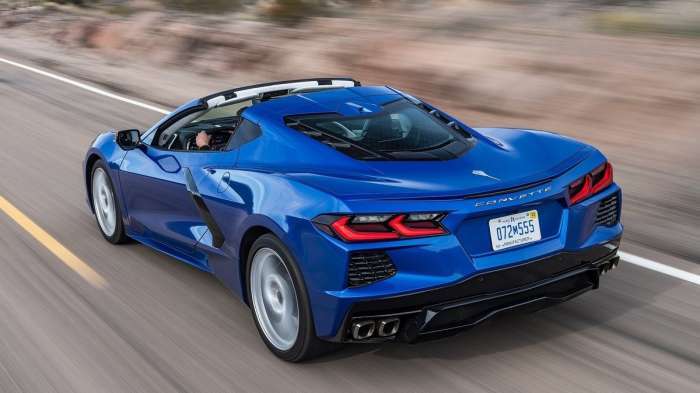 The Corvette Grand Sport was scheduled to arrive sometime in 2023 with a hybrid version of the LT2. The added electric assist lifts the total output to 600 horsepower and 500 lb-ft of torque. There could be other changes in addition to the hybrid system, but with the company keeping the LT2 name, changes must be minimal.

It is interesting that Chevrolet has chosen to make the C8 Grand Sport a hybrid, as hybrid models are typically a bit heavier than a non-hybrid variant of the same car due to the battery pack and electric assist motors. On the other hand, the Grand Sport has always been more of a lightweight model, incorporating features of the Z06 into the Stingray or “base car” depending on the model year. However, for the C8 Grand Sport, it looks as though the company will go away from that lightweight approach, opting instead for hybrid technology.

C8 Corvette Flat Plane Models
It has long been rumored that the C8 Corvette will benefit from a similar flat plane crankshaft V8 to the one in the C8.R endurance race cars. According to the leaked information, there appear to be three different variants of that engine coming in the next five years, all of which measure 5.5-liters and feature a dual overhead camshaft engine design.

The Corvette Z06 version of the 5.5-liter flat plane V8 will be named the LT6. It will be naturally aspirated and it will offer 650 horsepower with 600 lb-ft of torque. The Z06 was originally slated to arrive for the 2022 model year, presumably later this year.

Next, there will be a twin turbocharged version of the 5.5-liter flat plane V8 used in the Corvette ZR1, named the LT7. Originally slated to arrive for the 2024 model year, the C8 ZR1 is expected to deliver 850 horsepower and 825 lb-ft of torque.

Finally, the big dog of the C8 Corvette lineup was expected to arrive in 2025 and whenever it arrives, it will sport the Zora name. Based on trademark filings, it was expected that the Zora name would somehow be used on the C8 Corvette. Some people believed that Zora would replace ZR1 in the lineup, but based on this leaked information, there will be a ZR1 and a Zora. 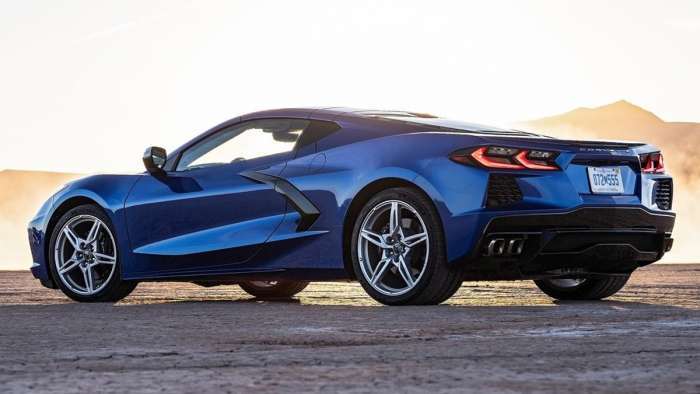 Like the C8 ZR1, the Zora will rely on the twin turbocharged LT7 flat plane V8 measuring 5.5-liters, but this engine receives the unique LT7HP1 designation. It will deliver 1000 horsepower and 975 lb-ft of torque with help from what is surely a very high tech hybrid system. We don’t know if it will be a similar hybrid system to the one used in the C8 Grand Sport, but when the Corvette Zora arrives, it will set the standard for all American sports cars going forward. We also expect that it will be very, very expensive.

So, the good news is that we now know what Chevrolet has planned for the C8 Corvette in the coming years. The bad news is that these plans are delayed and we have no idea of knowing how far back these models will be pushed when the Covid19 pandemic is finally over.

Ex GM Summer Student wrote on May 4, 2020 - 6:59pm Permalink
The fully electric "E-ray" is not mentioned anywhere. Clearly, the old fossils on the BOD are still setting GM's strategy and Tesla will continue to kick their a$$ when they could have shut Tesla down with an all-electric Caddy ELR. We've seen what clean air looks like with cars not commuting because of The Virus - the public eye will no longer take kindly to burning anything for propulsion.
Restomod wrote on May 20, 2020 - 5:17pm Permalink
Well it takes lots of money to create an EV. EVs and ICEVs cannot really share the same platform. The Lyriq will be a high performance EV CUV that will compete with the model X and Y. I am pretty sure that both caddy and Chevy will get EV sports cars. Hummer EV, Chevy and gmc EV pickups, not to mention the Menlo and Bolt EUV.
Stephen Lownes wrote on August 31, 2020 - 11:43am Permalink
give me a fossil fuel driven car any day of the week.

Tsingshan's Threat to Tesla: EV Maker Is In Battery Crosshairs
Tesla-Funded Research Reveals One of The Biggest Mysteries of EV Battery
END_OF_DOCUMENT_TOKEN_TO_BE_REPLACED