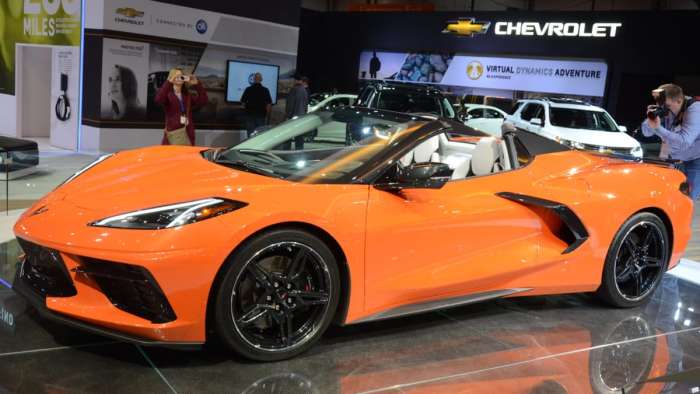 General Motors has notified some of its suppliers that the automaker will be pushing back the debut of some new models due to the Covid-19 downtime, including a new variant of the Corvette that is almost certainly the new Z06, meaning that we aren’t likely to see a hotter C8 until well into 2021.
Advertisement

General Motors has not officially stated that company engineers are working on the C8 Z06, but spy shots and inside information support the rumor that a hotter mid-engine Corvette is on its way. When that stronger C8 arrives, we expect that it will be the next Z06, offering more power and greater overall performance compared to the new Stingray.

Unfortunately, a new report from the Detroit News states that a “future variant of the Chevrolet Corvette that was not slotted for 2020” will be delayed as well. It doesn’t come right out and say that it was the Z06, but in any case, the next step in the evolution of the C8 Corvette is going to arrive later than expected.

Future Corvette Variant
The Detroit News report doesn’t offer any other information on the Corvette beyond what we mentioned above. That unknown C8 could be something other than a Z06, perhaps the next Grand Sport, but rumors suggest that the Chevy sports car captured in spy shots with a big wing and a unique exhaust note is the next Z06. For the sake of discussion, we are going to assume that the delayed Corvette is the Z06, but in the long run, it could be some other higher performance model by some other name.

In any case, it seems as though General Motors had some unique parts coming later this year for a new Corvette that wasn’t going to arrive until 2021 anyway. If those parts were expected to arrive during the 2020 calendar year for a car that wasn’t coming until sometime during the 2021 calendar year, the new Z06 could have been a planned short model year for 2021, or the company may have planned a long 2022 model year. With those supplier deliveries being pushed back into 2021, that seemingly guarantees that the Z06 will arrive for the 2022 model year, hopefully sometime in the summer of 2021. 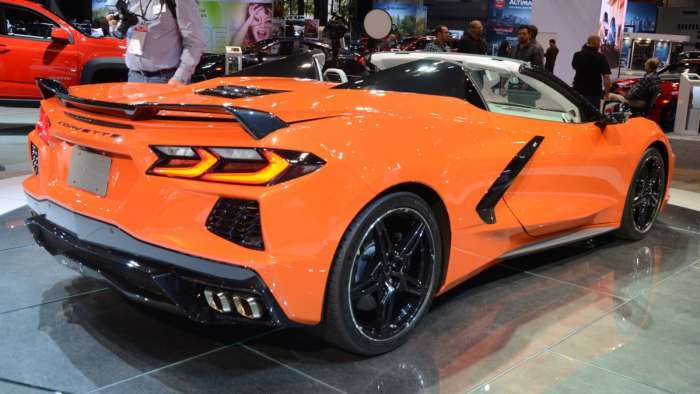 Corvette Production Constraints
While those Corvette fans who are holding off for a hotter C8 will be disappointed to hear that a future variant has been delayed, this isn’t the worst news in the world for the company. The C8 rollout has not gone as planned, starting with a lengthy delay to the start of production thanks to a dispute with the UAW. As a result, the company had less time than expected to build the 2020 C8 Stingrays, which quickly sold out when the order banks opened.

The company was already behind schedule when all of their American assembly plants closed down due to the Covid-19 pandemic. When that happened, GM notified dealerships that there is a chance that the company won’t be able to build all of the 2020 model year Corvettes. As a result, some of those 2020 orders will be commuted to 2021, effectively reducing the number of 2021 cars that will be available for order.

If the company isn’t going to be able to fill all of the 2020 orders and 2021 is sure to be popular while also having some 2020 run-over, Chevrolet is likely to have their hands full with Corvette production well through next calendar year. With that in mind, it might almost be a good thing for Chevrolet for the Z06 to arrive later in 2021 for the 2022 model year.

DeanMcManis wrote on April 3, 2020 - 1:36am Permalink
It is bad news that we won't see a C8 Z06 this year, but it will help the resale value of the current C8 Corvette, as new buyers will not be immediately dumping their Corvette's in favor of a higher performance model, and it will give Chevy more time to work out any potential bugs with the added technology and higher power of future Corvette models.
ben trinidad wrote on April 28, 2020 - 11:31am Permalink
i would like to buy
Ken matheny wrote on August 17, 2020 - 9:21am Permalink
Please try to get center exhaust and please work more shifts,waiting for z-06 I’m 1st on list . And just two exhaust tips would be great. I have had several vettes but can’t wait for a naturally aspirated engine had a 2015 . Thanks please work hard and produce this beautiful car thanks.

Tesla-Funded Research Reveals One of The Biggest Mysteries of EV Battery
Tesla Tesla Buyer Nets a Whopping $12,000 Discount After Asking for Reduction
END_OF_DOCUMENT_TOKEN_TO_BE_REPLACED