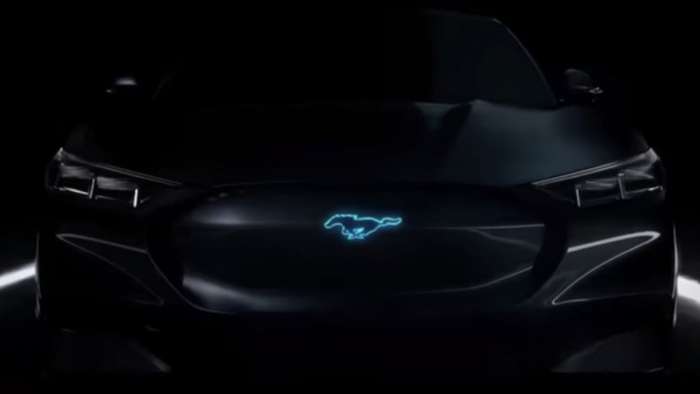 We have known for some time that Ford Motor Company is working on an all-electric crossover that will draw its design inspiration from the mighty Mustang, but company head Bill Ford recently reminded us this long-awaited EV will also offer impressive performance.
Advertisement

Since the first time that a Ford Motor Company executive referenced the all-electric crossover with Mustang design cues, it has been understood that this large EV would offer Mustang-like performance as well. There have been rumors that the Mustang-inspired electric crossover will be designed to compete with the Tesla Model X, which is one of the quickest SUVs sold in the world, and recent comments by Bill Ford support those rumors.

While speaking at the Crain's Detroit Business Newsmaker of the Year conference, Bill Ford stated that the Mustang-inspired electric crossover – which has been rumored to sport the Mach E name – is “going to go like hell”. That phrase carries deep meaning within FoMoCo, as back in the 1960s, Henry Ford II told the Ford drivers racing at LeMans against the Ferrari teams to “go like hell”. They did, too, winning every year from 1966 through 1969.

Those Ford race cars had the impossible task of beating Ferrari, the best in the business at that time. When the all-electric Ford crossover inspired by the Mustang arrives, it will have almost as big a task, taking on the Model X, built by industry-leading Tesla.

An Exciting EV
Bill Ford went on to explain that in the early days of electrification, vehicles had to be “green and boring”, or it had to rely on lots of gasoline. However, electric vehicle technology has come a long way and Tesla has shown that an electric drivetrain can deliver an exhilarating driving experience. The problem is that the Model X ranges in price from $82,000 up to $138,000, with the price rising as you add features.

It seems unlikely that the Ford Mustang-inspired electric crossover will cost nearly $100,000, so if the Mach E offers performance coupled with a range anywhere near that of the Model X, it could be a crushing blow to Tesla. At the same time, even if the electric crossover “only” offers performance similar to the Mustang, it will be the most exciting mainstream EV to date.

DeanMcManis wrote on March 1, 2019 - 1:11am Permalink
Sounds exciting. Especially if they can keep the price down. That has been one Tesla's best selling points is that ALL models offer from Mustang acceleration up to Ford GT acceleration but with a running cost and low maintenance that rivals the most economical cars. I just want to see their new models released already, rather than reading more rumors.