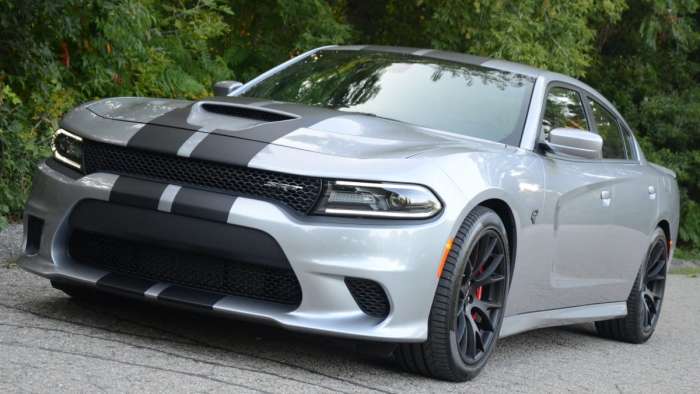 The Dodge Charger has been the most popular large sedan in the US market for years, continuing to draw new customers as sedans in general are disappearing from the market, thanks to 3 key reasons.
Advertisement

When the modern Dodge Charger was introduced for the 2006 model year, it arrived under a cloud of controversy within the Mopar community. Traditionalists and purists were outraged the Dodge reincarnated the famous Charger name as a big four-door sedan, rather than as a big two-door hardtop like it was in the 1960s and 1970s, insisting that the car was sure to fail because Mopar fans wouldn’t accept a four-door Charger.

Fortunately, those folks were all wrong, as the Charger was an instant success and since 2006, it has risen to be the most popular large sedan as well as the most popular rear-wheel-drive sedan in the United States. While it comes as little surprise that the Charger is the bestselling rear-drive sedan, since many sedans are front-wheel-drive-based, the fact that the muscular Dodge four-door outsells models like the Ford Taurus and Chevy Impala shows that Americans want more than just space in their full sized sedans.

The modern Charger rose to fame at a time when fuel prices were at record highs, when other automakers were focusing on smaller, more efficient sedans with front-drive layouts across every size segment, Dodge was building a car that many people thought didn’t make sense. The critics insisted that people who buy sedans want efficiency and comfort, but year after year, the Charger just keeps on proving them all wrong – posting strong sales numbers while other sedans disappear from the American landscape altogether.

Today, we take a look at why the Dodge Charger sedan has been so popular since being introduced, and it really comes down to three key points.

Charger is the Only Four Door Muscle Car
While some people cringe at referring to anything with more than two doors as a muscle car, Dodge has long marketed the modern Charger as a four-door muscle car and in every regard, the folks with the automaker are right. While it has “too many doors” to fit into the classic muscle car description, it is a big, powerful, rear-drive machine with roomy front and rear seats – just like the classic muscle cars.

That is really what makes the modern Dodge Charger special, as it offers the performance and overall driving feel of a muscle car with the functionality of a big sedan. With the current Charger, owners get very comparable performance to what Challenger owners enjoy, but Charger owners enjoy that performance with a side of extra seating space, topped with easy access to the rear seat. The Charger has grown so well over the years because unlike any other sedan on the market, there is very little performance differential between itself and the two-door performance car from the same dealership. 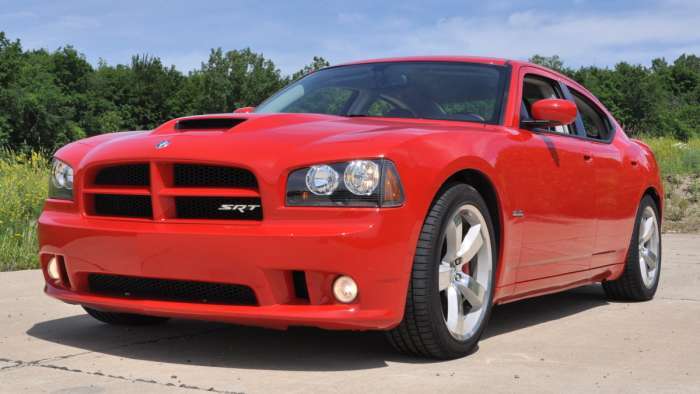 While Ford has tried to offer Mustang-like performance in the Taurus SHO, they clearly haven’t embodied the feel of the pony car into their sedan. Chevrolet went so far as to market the SS Sport Sedan as a “four door Corvette”, but that Holden-built machine was expensive for the lackluster level of stock performance, and it quickly died off, just like the Pontiac G8 had a few years earlier. Really, the G8 was the closest true competitor to the Charger with a full spread of engines and performance levels, but when Pontiac died, so did the G8 program. The Chevy SS was just a newer, rebadged G8, but it was only offered in one, expensive trim level that fell way short on performance.

In other words, if a Chevy or Ford lover absolutely had to get into a sedan for whatever reason, they had to compromise big time on performance, but for Dodge fans who needed the extra space of the Charger over the Challenger, there has been a no-compromise answer for years.

This same theory applies to everyone who looks at the Dodge Charger due to its performance capabilities combined with loads of cargo space, as there is no other sedan sold in the US market that has such a broad offering of performance and prices. The only true competitors to the Charger at this point are the European luxury sedans, but to get those rear-drive sedans in their high performance forms you will pay far more money than with the Charger.

Basically, the biggest reason why the Dodge Charger has done so well since being introduced for 2006 is that it offers the driving dynamics, the attitude and the overall performance of a muscle car in a large sedan. The fact that it is the bestselling large sedan in America makes it clear that Americans who drive big sedans don’t want boring, front-drive hybrids – they want rear-drive, Hemi-powered muscle cars with “too many doors”. 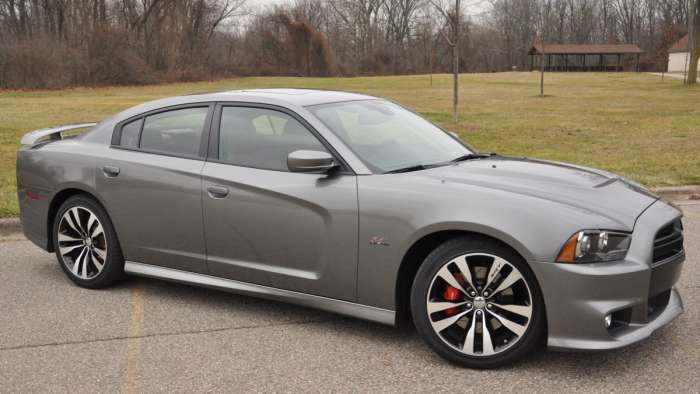 Of course, the Dodge Charger SRT Hellcat has been a strong seller since being launched for the 2015 model year based on the fact that no four-door sedan in the world with a combustion engine offers 707 horsepower and 650 lb-ft of torque, but across the rest of the lineup, there is no question that the Charger offers impressive performance for the price. For instance, the 485 horsepower Charger Scat Pack starts just over $42,000 and there are few four-door cars in the world for under $75,000 that will even come close to beating the Hemi-powered machine.

Even with the lower-power models, including the SXT and GT with 300 horsepower or the R/T with 370 horsepower, there are few sedans on the market that offer comparable performance for the price – and even in slightly higher price classes, the Charger outshines all of the competitors.

In much the same way that the Charger attracts those buyers who want muscle car performance with sedan functionality, the big Dodge attracts buyers with its low price-per-horsepower across the lineup. However, it isn’t just big power for the price, as the Charger is offered with a long list of premium features that were once reserved for luxury cars, but in this case, they are available in an affordable sedan, often with Hemi power.

Charger has Improved Every Year
Finally, the reason that the Charger has continued to bring back previous customers to buy new models is the fact that Dodge is constantly improving the car, even if only in small increments.

When the modern Charger was introduced back in 2005 for the 2006 model year, the 3.5-liter V6 offered just 250 horsepower, while the 5.7-liter Hemi delivered 340 horsepower and the first SRT8 Charger packed 425 horsepower. Back in 2006, that 425 horsepower model was a shocker, as we really didn’t have many American sedans with power like that and more importantly, the modern Dodge Challenger hadn’t been introduced yet. The Charger offered Dodge lovers a rear-drive, V8-powered car that offered far more power than the likes of the Ford Mustang, helping drive the car’s initial sales success.

As time went on, Dodge introduced new, more powerful engines, starting with the 392 Hemi in 2012, which delivered 470 horsepower and 470 lb-ft of torque. At that same time, the base V6 with 292 horsepower was introduced while the 5.7-liter Hemi got a bump in power to 370 horsepower. In 2015, the 392 was up to 485 horsepower and, of course, 2015 also brought about the introduction of the 707 horsepower Hellcat Charger. 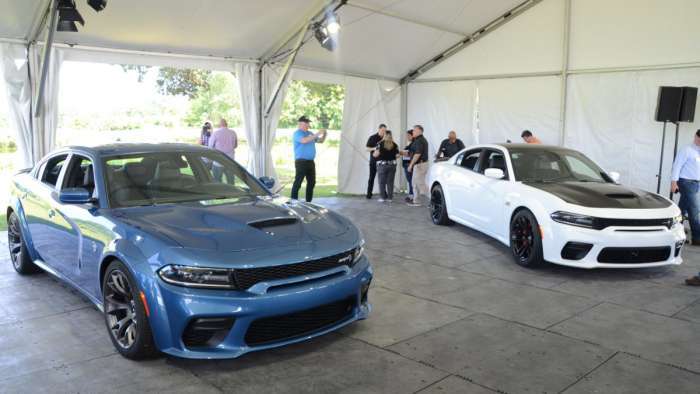 While the power levels haven’t changed every year, Dodge has made small changes in each model year, introducing special trim levels like the Daytona. The brand has also done a great job of taking features of pricier trim levels, like the brakes, suspension and wheel/tire combination of the Hellcat and making it available to R/T and Scat Pack buyers as part of the Daytona package. There are also color palate changes, new wheels and new interior trim changes from year to year, keeping the model fresh even without major mid-cycle refreshes or whole new generations.

Finally, Dodge has done a great job of continually introducing improvements in interior technology, building on the award winning UConnect touchscreen system with new features and compatibility upgrades, making it easier to enjoy the features of your smartphone through the controls of the car.