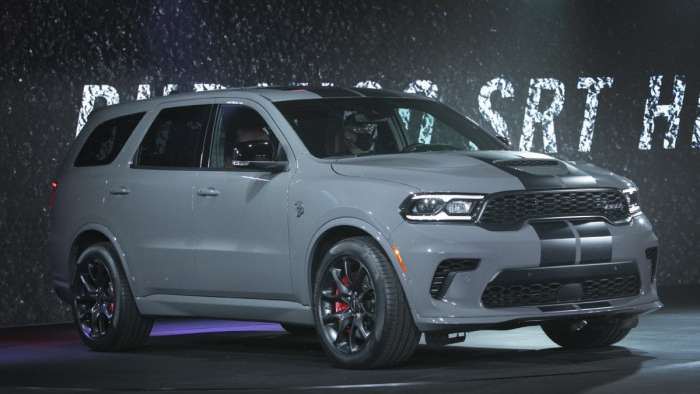 The 2021 Dodge Durango SRT Hellcat has finally been introduced and when pricing is announced later this year, we expect that the starting price will be a few thousand dollars less than the closely-related Jeep Grand Cherokee Trackhawk.
Advertisement

The Dodge Durango SRT Hellcat is one of those vehicles that was created partially due to customer demand. Before the 392 Hemi-powered Durango SRT was introduced in 2018, Dodge fans were clamoring for a Hellcat-powered 3-row SUV. When the Jeep Grand Cherokee Trackhawk was introduced with Hellcat power, Dodge fans were sure that the supercharged Hemi would eventually come to their preferred SUV, so when the SRT 392 Durango was introduced, many people were still asking about a Hellcat version.

After roughly two years of patient waiting, the Dodge Durango SRT Hellcat has finally been introduced with a little more power and slightly better performance than the Jeep Trackhawk. The only piece of the Hellcat Durango puzzle that we didn’t get at the online introduction or in the ensuing press release was pricing. Some people think that the Hellcat Durango is going to be priced higher than the Jeep while others are suggesting that it will start in the $70k-range. Based on the pricing layout of the two models, I believe that the supercharged Dodge SUV will start a few thousand dollars less than the Trackhawk.

Durango Vs Grand Cherokee Pricing
As you probably know, the Dodge Durango and Jeep Grand Cherokee are very closely related. Although the Durango has a slightly longer wheelbase and an extra row of seats, the two share a chassis platform, a production facility and most features inside and out. That being said, the two are not priced similarly across the trim levels. 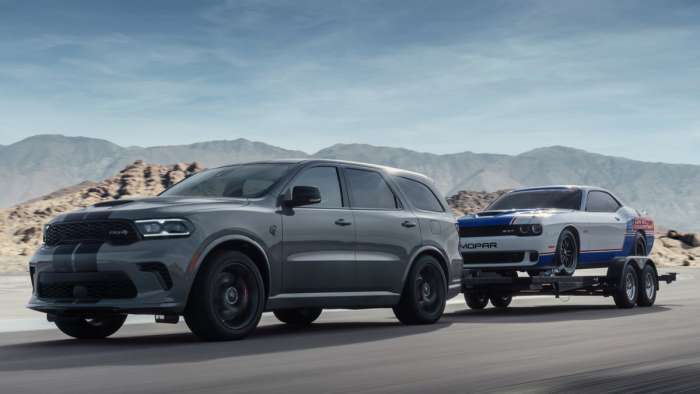 The Jeep comes standard with some high tech safety features including Adaptive Cruise Control with Stop, Lane Departure Warning Plus and Full Speed Forward Collision Warn Plus. To get those features on the Durango SRT, you have to add the Technology Group, which adds $2,395 to the bottom line. When you add that cost to the Durango MSRP, you get a price of $65,390. The Jeep also has some smaller features such as “Luxury Berber Floor Mats” that the Durango does not, but the Durango has some unique standard features of its own, such as rear air conditioning and standard second row captain’s chairs. Both come with standard four-wheel-drive, an 8-speed automatic transmission, Bilstein suspension, Brembo brakes and 20-inch wheels wrapped in performance rubber. 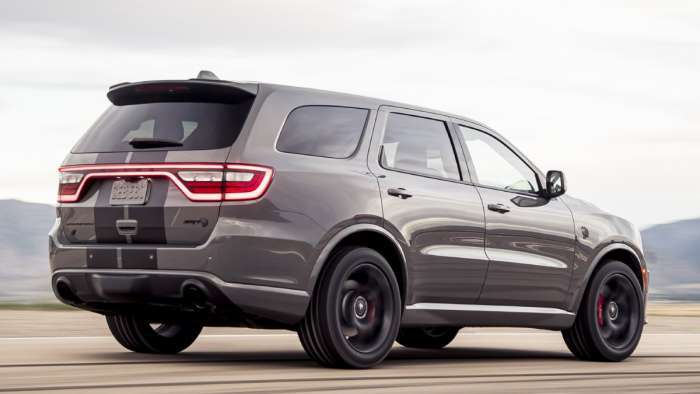 In any case, based just on MSRP and the addition of the Technology Group to the Dodge, the Grand Cherokee SRT start $3,505 higher than the Durango SRT. As mentioned above, the Grand Cherokee base model starts $4,000 higher than the base Durango, so it is safe to say that with comparable features, $3,500 is a reasonable estimate for the pricing difference between the two.

Dodge Durango SRT Hellcat Pricing
The simplest way to take a guess at Dodge Durango SRT Hellcat pricing is to add the $3,505 difference between the SRT 392 models and subtract that from the current MSRP of the Jeep Trackhawk. If we take that approach, we would start with $87,400 and subtract $3,505 to get a price of $83,895. That seems like a perfectly reasonable starting price; one that people will have no qualms about paying when we consider how many Trackhawk owners paid well over $90,000. However, there are a few things to take into consideration. Of course, should the Durango's Technology Group equipment still be part of an optional package on Hellcat models, the MSRP could be more than $2,000 lower, starting in the low-$80,000 range. 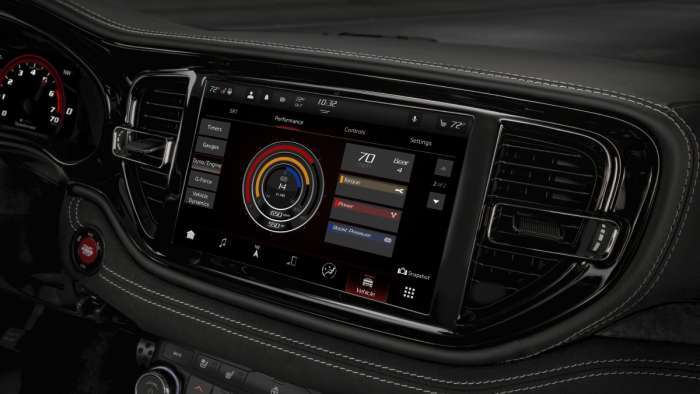 First and foremost, the Durango SRT Hellcat comes standard with the new UConnect 5 infotainment system, featuring a 10.1-inch touchscreen. That is the largest screen in the class and it is significantly larger than the 8.4-inch screen in the Trackhawk. It seems reasonable for Dodge to add a few dollars to the SRT Hellcat price to cover the larger touchscreen, but it seems unlikely that there will be a large increase for the added infotainment tech.

There is also the fact that the Durango SRT Hellcat offers 3 more horsepower and better performance. That could allow Dodge to tack on a few more dollars to the base price, but like the bigger touchscreen, it seems unlikely that there will be a large increase. With the comparison of SRT 392 pricing putting the Durango Hellcat around $83,895, I would guess that even with the added features, the MSRP will start under $85,000. Again, if the Technology Group is still optional equipment, I expect the starting price to be closer to the $81,000 range. 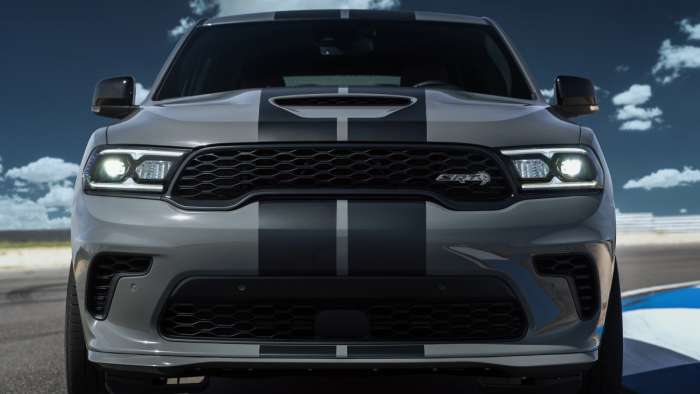 In short, it seems highly unlikely that the 2021 Dodge Durango SRT Hellcat will start below $80,000, but it also isn’t going to start in the $90,000 range. It seems very likely that the supercharged 3-row will start a few thousand dollars less than the Trackhawk, but we will have to wait a bit to find out how far below the Jeep’s $87,400 MSRP Dodge will price their Hellcat SUV.