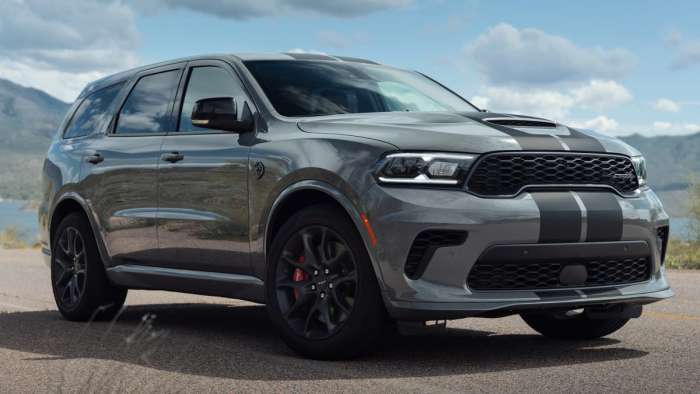 Dodge will only build this Durango SRT Hellcat for the 2021 model year due to increased emission regulations for 2022 and due to the Covid-19 pandemic downtime, the assembly plant may only have enough time during 2021 production to build less than 2,000 units – almost certainly leading to some big dealership markups.
Advertisement

FCA hasn’t offered much exciting news during the past few months, but that all changed with the Dodge brand introducing three new supercharged machines in one day. Those vehicles are, of course, the Charger Hellcat Redeye, the Challenger Super Sport and the Durango SRT Hellcat. Of these three, the supercharged SUV has the greatest appeal to the broadest group of buyers, along with likely being the least expensive of the three.

In a normal year, the combination of having a broad target audience and a relatively low price would lead most people to believe that the Durango SRT Hellcat will be the most popular of the three new Dodge models, but 2020 isn’t a normal year. The Covid-19 pandemic forced all American vehicle production facilities to close and as a result, many plants are running behind schedule. The Jefferson North Assembly Plant, where the Durango is built alongside the Jeep Grand Cherokee, and the unplanned downtime has created a production bottleneck that will effectively lead to production restraints for the 2021 model year. 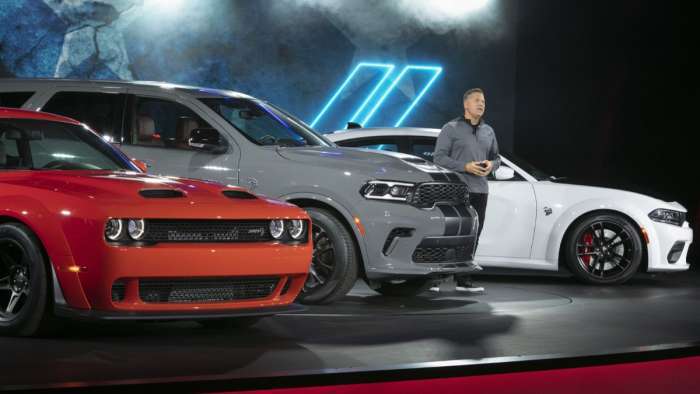 Why No 2022 Models
When Tim Kuniskis introduced the Dodge Durango SRT Hellcat for the 2021 model year only, he was quick to point out that this wasn’t the company intentionally limiting the number of 710-horsepower SUVs. Emission regulations change for the 2022 model year and with that change, the Hellcat Hemi does not meet those new requirements for the 3-row SUV segment. 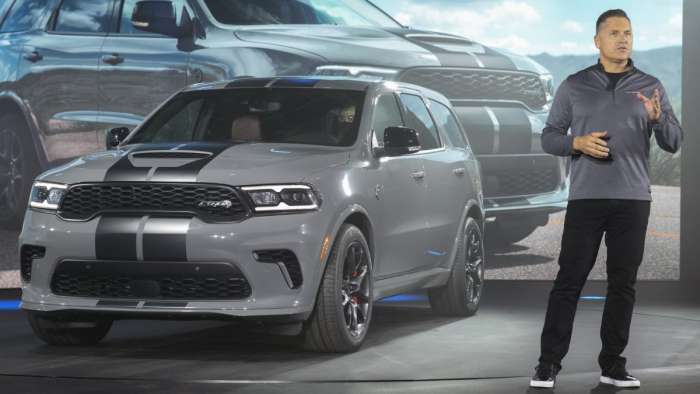 He didn’t go into any exact details, but he was clear that the Durango was the only one of the three Hellcat-powered Dodge vehicles that would not continue past 2021. The Charger and Challenger will still be offered in their 700+ horsepower configurations for 2022. Kuniskis also pointed out that the Dodge Durango would continue on into the 2022 model year, but there will be no Hellcat option at that time.

Less than 2,000 Durango Hellcats
Complicating the whole process is the fact that the Jefferson North Assembly Plant builds both the Jeep Grand Cherokee and the Dodge Durango. JNAP has been shut down like the other Detroit plants, so they are behind schedule in building two of FCA’s most popular models. The unplanned downtime for Covid-19 will reduce the total number of vehicles that JNAP will be able to build during 2021 production and that directly impacts the number of Hellcat Durangos that will be built.

The intention is for Dodge to build every Hellcat Durango that someone orders, but Kuniskis expects that with the shortened 2021 production run, the plant will only be able to build less than 2,000 examples of the 710-horsepower SUV. That number would have likely been a bit higher had the production of all vehicles – including suppliers - around the world had not been forced to take a couple months off. 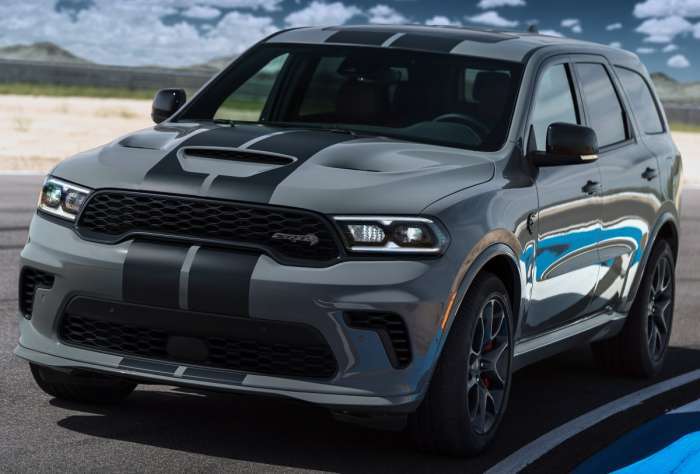 However, with the current situation, we can expect less than 2,000 Durango SRT Hellcat models to be built over the six month production run.

Additional Dealer Markups are A’Comin’
While we don’t know how much the 710-horsepower Dodge Durango SRT Hellcat will cost, we can expect that it should be in the same general range as the Hellcat-powered Jeep Grand Cherokee. The Jeep generally comes with more standard features and it starts around $88,000. We would expect the Dodge to start a bit lower, so perhaps somewhere in the low-$80k range, but the brand could go for a nicer marketing price and start at $79,995. Offering a 710-horsepower, three-row SUV for under $80k has a nice ring to it.

The problem is that we know that the unplanned production restraints will limit the plant to building 2,000-or-less Hellcat Durangos for 2021 and we know that there is no way for Dodge to bring it back for 2022. That means that the Durango SRT Hellcat models that head to dealerships later this year and early next year will be the only ones built during this generation. They could be the only Hellcat Durangos ever built and that is going to lead dealerships to tack on the dreaded addition dealer markup, or ADM. 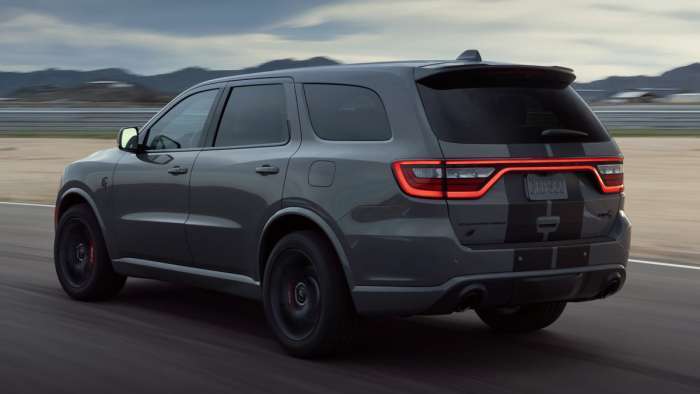 There will certainly be some dealerships around the country that sell the Hellcat Durango at MSRP, but like the other Hellcat models, many dealerships will tack anywhere between $5,000 and $20,000 onto the MSRP. In most cases, the ADM only applies to the early units sold, but with less than 2,000 Hellcat Durangos being built, especially high demand could lead to the more unscrupulous dealerships to stick to their big additional markups for longer periods of time.