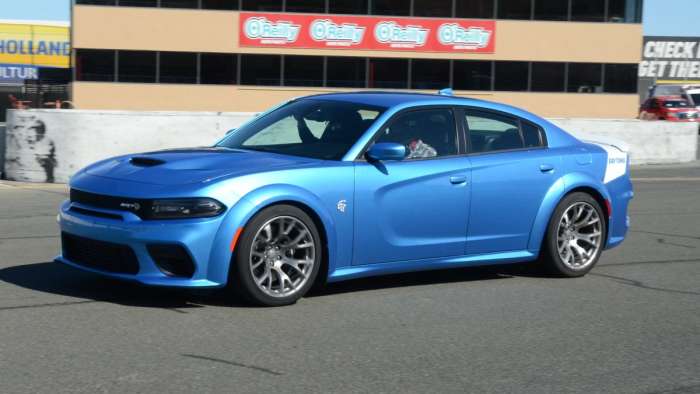 If you are looking to buy one of the 501 Daytona 50th Anniversary Edition Dodge Charger SRT Hellcat Widebody models, but your local dealership isn’t getting one, Hall Chrysler Dodge Jeep Ram in Virginia Beach, Virginia might be able to help.
Advertisement

Over the past few weeks we have talked a great deal about the 2020 Dodge Charger SRT Hellcat with the new, standard widebody package. We have also talked about the Daytona 50th Anniversary Edition Hellcat Charger, which will be limited to just 501 units as Dodge celebrates the 50th anniversary of the 1969 Charger Daytona’s dominance of the NASCAR scene. Unfortunately, there are roughly 2,500 Dodge dealerships around the country, so with only 501 Daytonas to go around, many dealerships will not be receiving an allocation. In fact, if your local dealership is a small, low-volume shop, the odds are good that they will not be able to order the 717-horsepower super-sedan.

Fortunately, we saw a Facebook post in the Modern Street Hemi Shootout Group by Russell "Butch" Hora, who is the Sales Manager and SRT High Performance Representative at Hall Chrysler Dodge Jeep Ram in Virginia Beach, Virginia. His dealership sells high volumes of high performance machines, selling more Hellcat cars over the past few years than the other three largest dealerships in their area, combined. As a result of this high performance sales success, Hall Chrysler Dodge Jeep Ram received five allocations for the Charger Hellcat Daytona 50th Anniversary Edition and having received questions about how to order one of these 501 unique sedans, we wanted to share this information with the community.

Charger Daytona Allocations Ready for Order
I spoke with Butch Hora, who has been Hall’s high performance expert for years and who set up the dealership’s performance-specific inventory page as an effort to make it easier for customers to see what the company has available for sale at the moment. In this list you will not find the Daytona 50th Anniversary Edition Dodge Charger SRT Hellcat, as these cars are not yet in dealer inventory, but dealerships around the country have been notified as to whether or not they will get any allocations for the Hellcat Daytona and, if so, how many. 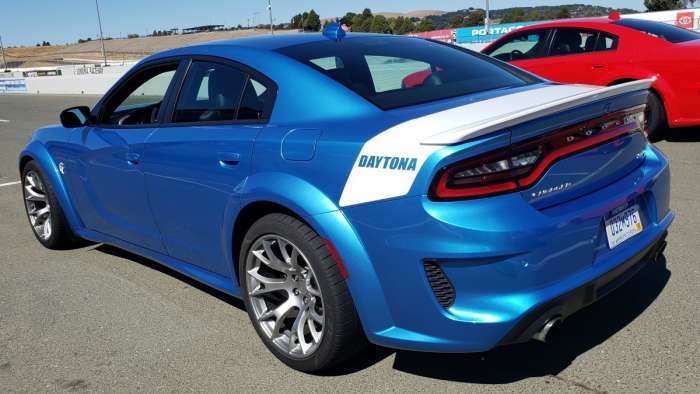 In this case, Hall received five allocations for the Dodge Charger SRT Hellcat Daytona 50th Anniversary Edition and so far, two have been purchased and three are still available. For those unsure, only dealerships with allocated units can send in orders, so if you want to order a Daytona Hellcat, it has to be through a dealership that has remaining allocations. However, with only 501 units planned for production and those 501 allocations being spread across the 2,500 Dodge dealerships in the United States, most dealers won’t be able to order one and those which can will likely sell out their allocations in a hurry.

That is why we are bringing you this information today, as while there are surely other dealerships around the country with allocations available, this was the first dealership that I saw with units available right now, so we wanted to share the information with anyone who might be shopping outside of their area. If the dealerships in your area cannot order a Daytona Hellcat Charger and you are a serious buyer, Hora can help, but you shouldn’t wait too long.

Build It Your Way
For those who aren’t familiar with the ordering process, anyone who buys a Dodge Charger SRT Hellcat Daytona 50th Anniversary Edition based on the allocation process will get to pick all of the options that they want. Since the Daytona package comes pretty loaded up, there aren’t many options, but the buyer can pick between black, white, silver and B5 Blue on the outside, with white Daytona stripes on the black, silver and blue cars while the white Daytona gets a blue stripe. In my opinion, the B5 Blue package looks amazing, so that would be the direction that I go, but I understand that black, white and silver are all popular colors in the US, so some buyers are likely to pick one of those less-flashy hues.

Finally, it should be noted that the Daytona models will all be built during the 2019 calendar year, so buying one of these models likely means that you will get your 717-horsepower Hellcat Charger sooner than those who order non-Daytona models. 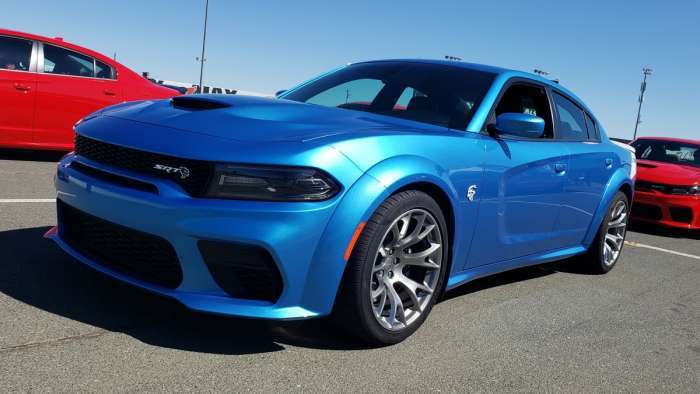 If you are interested in buying one of the limited Daytona Hellcat Chargers, click here to visit Hall’s website for contact information and when you reach out to the dealership, ask for Butch Hora to help get you set up with one of the 501 Chargers built with 717 horsepower for 2020. In the meantime, click here for a look at my on-track review of the Daytona 50th Anniversary Edition Hellcat Charger.