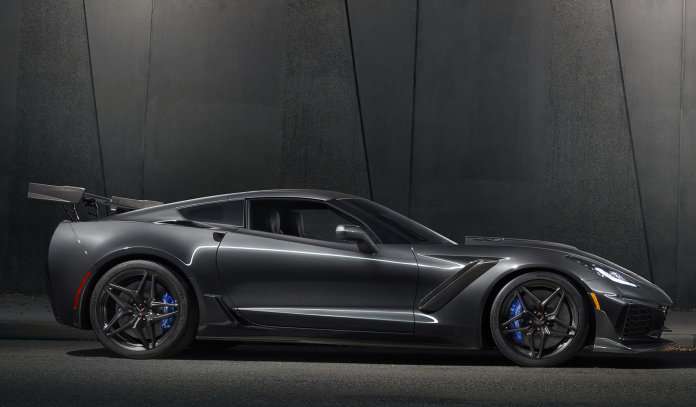 The 2019 Corvette ZR1 LT5 Engine had an Unusual Project Name

In order to keep the 2019 Chevrolet Corvette ZR1 and its new LT5 engine a secret as best as possible, the company gave the engine development project an unusual name that seemingly had nothing to do with a 755 horsepower supercar engine – calling it simply the “BAS”.
Advertisement

Although the 2019 Chevrolet Corvette ZR1 leaked early on a magazine cover and we knew that GM was working on some sort of higher performance sports car thanks to the many spy shots and video, the company did a great job of keeping the new LT5 V8 engine a secret until the car made its grand debut. Granted, there were some screenshots from GM’s dealership computer system suggesting that the automaker was planning a new engine called the LT5, we really didn’t know anything about the new mill until the company pulls the covers off of the 755 horsepower supercar.

Unfortunately (for automakers), most leaked information on not-yet-released vehicles comes from company employees. Some people question why someone who works for GM would want to leak information on a special vehicle like the C7 Corvette ZR1, and we don’t have a good answer for that – but that is what happens in most cases with leaked information. Little bits of information, pictures snapped behind closed doors and company materials always seem to have a way to leak out to the public and the media, especially when there are spy shots of the vehicles in question.

GM knew that we all knew about the Corvette ZR1 from the spy shots and videos, but the company wanted to do whatever was possible to keep the information on the new LT5 V8 under wraps. To do so, they didn’t call the engine the LT5 or the ZR1 engine during its development. Instead, they called it the BAS, which internal people from the automaker would recognize as being a non-performance product and this is what GM credits with the LT5 being the surprise that it was at the grand debut.

LT5 Started as BAS
During the development process of the LT5 engine in the 2019 Corvette ZR1, the company didn’t want anything floating around which would draw the attention of those employees who might leak the information to the media. If one of these employees saw something that seemed likely to apply to the Corvette, such as an LT5 engine project, they would be more likely to get to poking around for more information. That was why the LT5 engine project was named BAS.

To a nosey onlooker from within General Motors, the BAS wouldn’t seem like something that would pertain to the Corvette. In most cases, BAS in GM internal documents would refer to the belt-driven alternator system, which is used on diesel engines. If someone looking to leak information was poking around in the project files, BAS would likely lead them to dismiss this as something as simple as a new diesel engine project.

However, the Corvette team knew what BAS meant. In this case, it didn’t stand for belt-driven alternator system – it stood for Big Ass Supercharger. As you likely know, the LT5 engine under the hood of the new Corvette ZR1 is fitted with a much larger supercharger than the one used on the LT4 from the Corvette Z06, so the team used the diesel-related acronym to disguise the LT5 engine project.

In the end, the LT5 engine in the Corvette ZR1 produces around 865 horsepower, but the supercharger itself requires 110 horsepower to spin it to its full potential, leaving “only” 755 horsepower to motivate the vehicle.