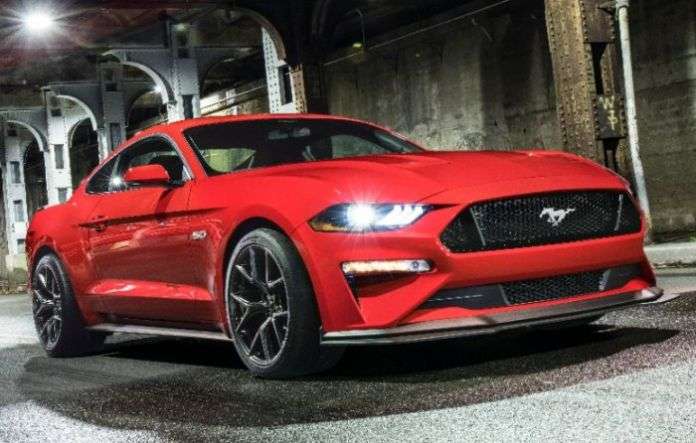 We have talked a great deal about the Active Performance Valve Exhaust system in the 2018 Ford Mustang GT, but the crew at AmericanMuscle.com has put together a great video to show the differences between the mods and to explain how the system works.
Advertisement

The 2018 Ford Mustang GT is the first to come with the optional Active Performance Valve Exhaust system. We have talked about this system quite a bit here on TorqueNews – including the “good neighbor mode” that many of our readers clearly do not like – but until now, we haven’t had a good side-by-side example of the four different settings.

The video above was created by the folks at AmericanMuscle.com, one of the nation’s leading aftermarket suppliers for the Ford Mustang. With the help of AM video hostess Stephanie, we get an explanation of how the system works, how the tone of each mode differs on a hard pull and how the volume level varies from one more to the next.

How the Active Performance Valve Exhaust Works
The Active Performance Valve Exhaust system in the 2018 Ford Mustang GT is a $900 option and it adds a set of uniquely-valved mufflers. Those valves open and close based on the mode chosen and a handful of input parameters, including RPM range, throttle input and vehicle load. At light throttle and low speed, the valves don’t open or don’t open as much, but when you floor it, the valves open all of the ways for the most exhaust sound possible. It is a true active exhaust system, constantly adjusting to driving style, but the 2018 Mustang GT also has four different modes, giving the driver the ability to adjust the sensitivity and the volume of the system.

Active Performance Valve Exhaust in Action
The 2018 Mustang GT Active Performance Valve Exhaust modes are Quiet, Normal, Sport and Track. Quiet is what Ford calls “good neighbor mode”, while each of the other three modes are progressively louder. To find out how much louder, AmericanMuscle used a decibel meter to measure the exhaust volume while revving in a stationary position.

Also, since the active exhaust works more under vehicle load, the driver speeds away from the camera after each session of revving, allowing us to hear the different modes in action. In addition to just hearing how much louder each mode is under hard throttle, we can also hear how quickly the exhaust valves open when the driver climbs into the throttle.