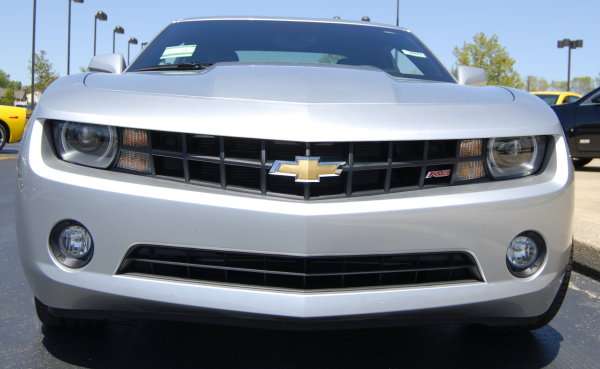 When the 2016 Chevrolet Camaro introduces the 6th generation of the fabled GM pony car, it will likely feature the same LT1 V8 that currently powers the Chevrolet Corvette Stingray, but having that monster V8 in the Camaro SS could create a huge gap between the entry level V6 and these high volume V8 models – a gap that the company will need to fill somehow.
Advertisement

The 2016 Chevrolet Camaro SS will most likely be powered by the same LT1 that powers the current 2014 and 2015 Corvette Stingray fastback and convertible. In Corvette duty, the new LT1 packs 455 or 460 horsepower and 460 or 465lb-ft of torque depending on whether or not the performance exhaust package is chosen. Considering that the current Camaro SS shared a V8 engine with the previous “base” Corvette with power ratings which were very similar, we can expect that the 6th generation Camaro in SS form will pack somewhere in the area of 450 horsepower (if not slightly more). That figure will likely be more than enough to give the Camaro SS a healthy advantage over the Mustang GT, but it will also create a huge gap in performance between the base Camaro V6 models and the Camaro SS.

This massive difference in power between the standard V6 and V8 models could hurt the sales numbers of the V6 models – and that is a problem that GM will need to address in order to maintain their stranglehold of the muscle car segment.

Considering the base price of the 2014 Camaro SS at $34,350, the new engine will almost certainly creep up over the $35k mark while far less powerful base V6 (1LS) starts more than $10,000 less. On the other hand, the least expensive Ford Mustang GT – which will have at least 420 horsepower – starts in the lower 30s.

Ford Motor Company has bridged the gap in both power and pricing with their new EcoBoost package for the 2015 Mustang, which comes with a slight increase in power over the base V6 with only a modest increase in price. GM insists that they don’t have any sort of turbo 4-cylinder planned to compete with the Mustang EcoBoost so it seems that the best way for Chevrolet to bridge that gap in the Camaro lineup as to eliminate the gap. In other words, when the next generation Camaro arrives, I fully expect to see the new entry level engine receive enough of an increase in power to maintain a relatively similar gap in performance to what we see with the current generation.

Using some basic math, I would expect to see numbers of roughly 350 horsepower and 300lb-ft of torque from the Camaro LS and LT models – which will close the gap compared to the Camaro SS while also giving the V6 Camaros an advantage over both the V6 and EcoBoost versions of the new S550 Mustang.

How much power to you think that the 2016 Chevrolet Camaro V6 model will have when it arrives?