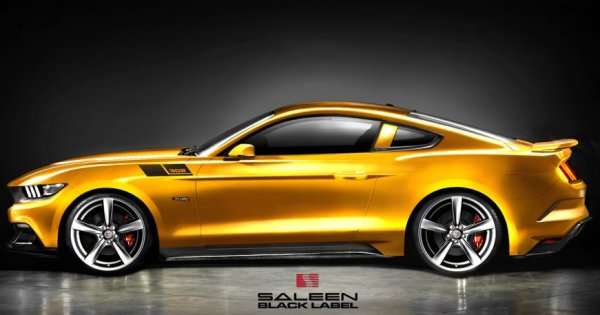 We haven’t seen the new 2015 Saleen S302 Mustang from all sides, but thanks to the release of the product guide for the super-tuned next generation pony car, we know that the 2015 Saleen Mustang will come in three different trimlines at launch with varying power outputs ranging up to 640hp.
Advertisement

Earlier this week we brought you the first good look at the 2015 Saleen S302 Mustang from the side courtesy of a YouTube video showing a small event this past weekend at the Saleen California headquarters. Prior to that side view, Saleen showed off a head-on image of the new Saleen Mustang from the front, but little real information had been offered on the next gen high performance Mustang tuning package – until the product guide from Saleen unloaded the full details on the 2015 S302 lineup.

Mind you, we still don’t have pictures of the 2015 Saleen Mustang from all sides – but at least we know all of the key features of the newest S302 lineup. We don’t know pricing or availability dates, but we know what 2015 Saleen buyers can expect.

Introducing the 2015 Saleen S302 Mustang Lineup
The all-new 2015 Saleen S302 Mustang will come in three different trimlines, similar to the previous generation. This includes an “entry” level White Label, a midlevel Yellow Label and the top of the line Black Label – which is the car shown above in the stunning metallic gold exterior hue. All 2015 Saleen Mustangs come with the 5.0L V8 from the 2015 Mustang GT and while the 6-speed manual transmission is standard, buyers can also pick the 6-speed automatic transmission. 3.31 gears are standard, but buyers can also pick a 3.55 or 3.73 gear set with the manual transmission, or a 3.15 gear set that comes standard with the automatic transmission option. 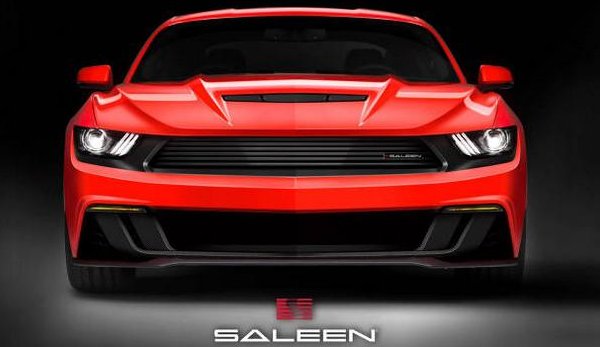 The Saleen White Label 2015 Mustang
The entry level model for the 2015 Saleen S302 Mustang is the White Label package. This is the least elaborate package and it is also the only naturally aspired package so as virtue of such, it “only” makes 450 horsepower and 410lb-ft of torque thanks to the unique engine calibration with the intake and exhaust upgrades. In addition to the standard features mentioned above, the S302 White Label comes with a Heat Extractor hood, a Saleen taillight panel, a Saleen strut tower brace, Saleen embroidered headrests and Saleen door sill guards.

The Saleen Yellow Label 2015 Mustang
The midlevel package for the 2015 Saleen S302 Mustang is the Yellow Label, and this package combines the basic look of the White Label package with the monster power of the Saleen supercharged V8 – packing an awesome 640 horsepower and 565lb-ft of torque. In addition to the standard features that are similar across the entire S302 lineup, the Yellow Edition sports the Heat Extractor hood, the taillight panel and the embroidered headrests from the White Label. More importantly, the Yellow Label has a 5.0L V8 topped with a Saleen supercharger, a high volume intercooler system, a cold air induction setup for the supercharger, a unique engine calibration and twin gauge pods inside. This package offers the big power, but only a touch of that unique Saleen exterior flare.

The 2015 Saleen S302 Black Label Mustang
The top of the line Black Label package for the 2015 Saleen S302 Mustang is for the driver who wants to be fast and look fast. The Black Label includes all of the features from the Yellow Label package including the 640 horsepower supercharger upgrade, but the Black Label package adds extensive upgrades to help it stand out from the rest of the Saleen crowd. This includes a unique front fascia with intake vents for the radiator, the intercooler and the braking system, a carbon fiber air vane with a brake cooling channel, the unique Saleen “Red Butterfly” hood, side skirts with integrated brake cooling ducts, a different rear taillight panel than what is found on the other models, a carbon fiber diffuser and a vastly more aggressive lower rear fascia with integrated exhaust and an “LED race lamp”.

Again, while we know pretty much everything that there is to know about the 2015 Saleen S302 Mustang, we still only have two pictures of the new super-Stang – the gold car at the top of this article (that I am guessing is painted Saleen Speedlab Yellow) and the red front end shown above. Hopefully, the folks at Saleen will roll out more pictures of their gorgeous take on the 2015 Ford Mustang very soon.