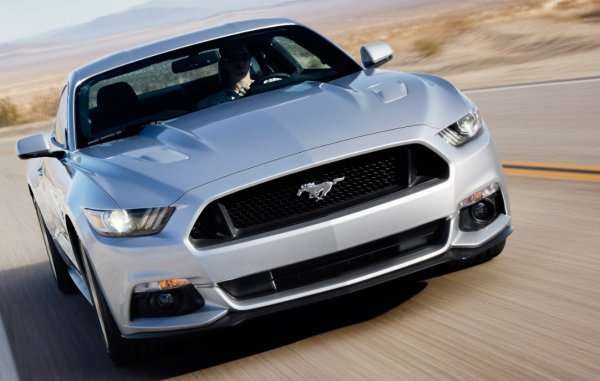 Ford Motor Company announced this morning that they have officially opened the order banks for the 2015 Ford Mustang and while the company still hasn’t announced full pricing or official power numbers – we know that the base 2015 Mustang V6 fastback starts at $24,425.
Advertisement

If you have been eagerly waiting to run to your local Ford dealership to order an all-new 2015 Ford Mustang – today is your day. Ford Motor Company has officially opened the order banks for the next generation Mustang and while they haven’t announced full pricing nor have they announced the full specifications for the S550 Mustang, those who want to make absolute certain that they will get a next generation Mustang as soon as possible can take the first steps towards making that happen.

The other curious piece of information that seems odd with the 2015 Ford Mustang officially going on sale today is that the company hasn’t announced the full pricing. We have seen a collection of option prices through leaked dealership materials and with the statement announcing the opening of the order banks, Ford introduced the price for the 2015 Mustang fastback with the 3.7L V6 engine and (presumably) the 6-speed manual transmission of $24,425. The company hasn’t announced the pricing for the 2015 Mustang EcoBoost or Mustang GT, but based on the pricing of the base model V6 fastback, we can make some guesses as to how much the other models will cost.

The 2015 Ford Mustang V6 fastback starts at $24,425 and that is $1,090 more than the base 2014 Mustang V6 coupe. That is a fairly modest upcharge considering all of the standard features of the new base model S550 Mustang such as the new rear independent suspension and the high tech gadgetry inside and out. I would expect that the 2015 Mustang GT will have a slightly larger upcharge than the base V6 so when you consider the $32,035 base price of the 2014 Mustang GT with the 6-speed manual transmission – I would guess that the 2015 Mustang GT will start $33,495 with destination fees. That would be an upcharge of $1,460 for the GT package before any other goodies are added on and considering that you are getting, that really isn’t a bad price at all.

So, if you want to get your hands one of the very first 2015 Ford Mustang fastbacks when they arrive later this year and you aren’t worried about the actual power output or the exact price (provided that you want an EcoBoost or GT model), head to your local Ford dealership today to place your order for the new S550 Mustang.