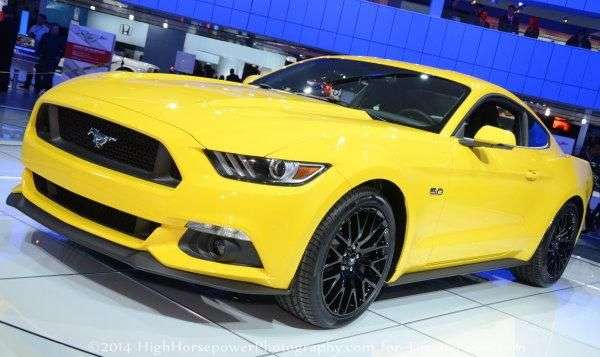 2015 Ford Mustang Narcs on You When You Crash

The 2015 Ford Mustang will be equipped with the next generation Sync system which includes the new 911 Assist system that will help first responders know a great deal of information about the collision before they get there – but it will also essentially alert the police if you were driving at an excessively high rate of speed at the time of the accident.
Advertisement

In an effort to make the 2015 Ford Mustang safer in the event of an accident, the next generation pony car will be equipped with Ford’s newest Sync system with 911 Assist. In the event of an accident, this system will work with your Smartphone to call 911 and report the accident via an automated system. Upon answering, the 911 operator will be told that a crash has occurred in a Ford vehicle and the operator will quickly learn what type of crash (head, rear, side impact) and whether or not there was a rollover as a result of the accident. The system will also tell the 911 operator how many impacts were detected, the maximum speed change, whether or not airbags were deployed and how many people were buckled in at the time of the accident.

Greater Information Allows First Responders to be Better Prepared
The biggest advantage of the new Sync 911 Assist system that will be standard in the 2015 Ford Mustang (and many more Ford vehicles in the near future) is that the information given to the 911 operator allows for more information to be given to the first responders who are headed to the site of the crash. When 911 gets a call from a passerby who witnessed an accident, they may not be able to tell the EMTs, police and firefighters headed to the crash how many people are involved or how severe of an impact is involved. They wouldn’t know whether the Mustang was involved in a high speed head on collision with four people in the car or if it was simply a fender bender at low speed rush hour traffic. However, that will all change with the new Ford 911 Assist system.

For example, say that the automated system tells the 911 operator that it was a head on collision with a rollover with 70 miles per hour of speed change which caused the airbag systems of the 2015 Mustang to engage and there were four seat belts buckled at the time of the accident. The EMTs and police headed to the scene know that this is a serious accident with at least four people involved so before they get there, they have a good idea of just how bad the situation could be. This would allow them to notify backup to stay on standby just in case the crash scene requires the help of additional EMTs, police or firefighters.

The Downside is More Incriminating Evidence to the Police
The only real downside to this new 911 Assist system in the 2015 Ford Mustang is that the police arriving on the scene will already know whether you were breaking any laws. For instance, say that you were not wearing your seatbelt at the time of a low speed impact. You may not be injured, so the fact that you didn’t have your seatbelt on may not come to the surface when the cops arrive. However, the 2015 Mustang will tell the 911 operator that there were no seatbelts buckled at the time of the accident and that bit of information gives the police a way to ticket you as a result.

Along those same lines, the “maximum speed change” figure could also play a part in helping the cops hit you with a speeding ticket after crashing your 2015 Ford Mustang. Say that you were traveling 50 miles per hour in a 35 zone and as you swerve to avoid a deer that runs across the road, you hit a tree. Your maximum speed change would conceivably be 50 miles per hour – even though you were only supposed to be going 35 miles per hour. This could provide the police with evidence that they can use against you in determining the fault of the accident and maybe even issuing a speeding ticket.

In the long run, the advantages to first responders will help to keep the drivers and passengers of the 2015 Ford Mustang safer in the event of an accident – but it will be interesting to see if any of that information does end up being used by the police to issue tickets after the fact. Many vehicles have “black box technology” that provides a great deal of information to the authorities in the event of an accident, but the 911 Assist system takes the timing of that information to a level that could play a big role in ticketing owners after a crash.