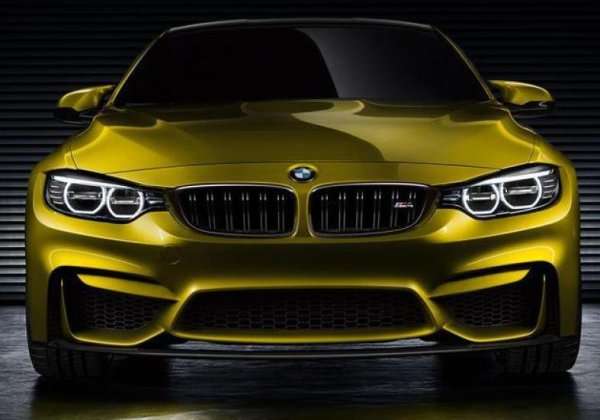 2014 BMW M4 to Debut in Detroit without a Manual Transmission

While BMW used the recent Pebble Beach Concours d’Elegance to show off the new M4 Concept Coupe, word on the street is that the North American International Auto Show next January will bring us the introduction of the 2014 BMW M4 in production form – and it might not have a manual transmission.
Advertisement

First off, insider information suggests that the 2014 BMW M4 will make its production debut in Detroit’s Cobo Hall at the 2014 North American International Auto Show. Having only shown off the M4 Concept Coupe a few weeks ago, BMW hasn’t made any official statement on the production debut but with the German automaker generally having a large, impressive display in Detroit – it doesn’t seem completely out of the question that the M4 could make its production debut in the Motor City. However, you would have to wonder if the company wouldn’t rather make the debut a little sooner than the middle of next January. There is the upcoming Frankfurt Motor Show (that’s in Germany for those of you who aren’t geography buffs) in a few weeks or if they really wanted to debut the M4 in the United States and they didn’t want to wait until next January – they could shoot for the Los Angeles Auto Show in late November.

However, with the rumormill suggesting that the BMW M4 will debut in Detroit – I will keep my fingers crossed to witness the debut of the new German sports coupe at my local auto show. The bad news is that the same inside sources who are suggesting the Detroit debut of the BMW M4 are also stating that when the M4 arrives – it will depart from the age old fun-factor of the traditional manual transmission. The BMW M3 in both coupe and sedan form has long been known as one of the most formidable names in the sports car segment and while the engine types under the hood of the M3 have changed – there has always been a proper manual transmission putting the power to the wheels. However, rumors floating around the internet suggest that when the newest version of the BMW M3 Coupe – now known as the M4 – makes its debut in production form, there will not be a clutch pedal. Instead of the tried and true manual transmission serving as the standard gearbox choice for the new M4, BMW will call on one of their high tech dual clutch transmissions as standard equipment.

Fifteen years ago, a rumor like the mighty M3 (or in this case, the M4) not featuring a standard manual transmission would have been so ridiculous that it wouldn’t have gotten a second thought. However, BMW is just one of the many automakers making very good use of high tech dual clutch transmissions that offer many of the positive attributes of a manual transmission with the ease of an automatic unit. While old school automatics were too slow shifting, too parasitic and too uncontrollable for a high performance car, these modern dual clutch transmissions offer lightning quick shifts and nearly the same ability to control upshifts and downshifts with the use of steering wheel mounted paddle shifters. Also, unlike a tradition fluid driven automatic transmission, these new dual clutch units don’t have the same power-sapping effect so while the dual clutch can do the shifting for you – it doesn’t penalize you by eating up quite so much power between the engine and the wheels.

Click here for a closer look at the new BMW M4 Concept.