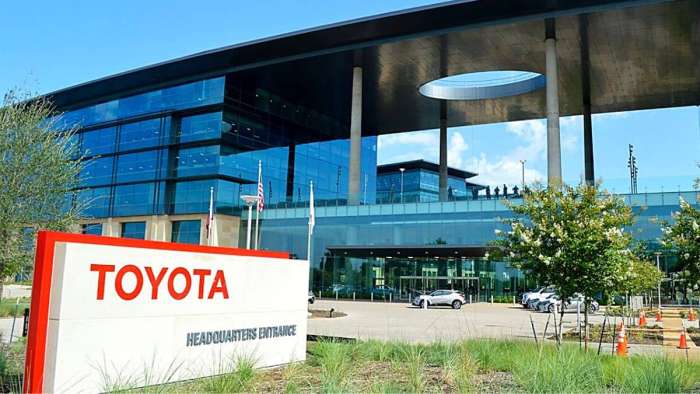 The market is not yet ready for electric cars, said a senior US manager from Toyota. Well, as Electrek says "maybe try selling one the wheels stay on."
Advertisement

The Japanese automaker Toyota still can't really get used to electric cars. In the past, leading managers of Toyota have drawn attention to themselves with critical comments on battery electric vehicles. Now skeptical tones can be heard again.

The market is not yet ready for electric cars, the same applies to the infrastructure, said Jack Hollis, who heads sales at the Japanese group in North America. And even if you were willing to buy an electric car, you can't afford it because the prices are still too high, Hollis is quoted as saying by Electrek.

Here is what exactly he said. "I don’t think the market is ready. I don’t think the infrastructure is ready. And even if you were ready to purchase one, and if you could afford it … (the price is) still too high … It took 25 years to get to less than 10% (market share) for hybrid … The consumer isn’t demanding (EVs) at that level. The consumer is not screaming, ‘30% or 40% by tomorrow."

Demand for electric vehicles is nowhere near high enough to meet the US target of increasing the share of e-cars to 50 percent by 2030, said the Toyota manager. Well, to be honest I am not convinced about this point after seeing how Tesla is trying to shorten its EV delivery waiting times and how Hyundai Ioniq 6 preorders exceeding 37,000 vehicles in 24 hours.

According to Forbes, more than 370,000 electric cars were sold in the US in the first half of the year. This corresponds to a market share of 5.2 percent in the new car market. Last year it was only 2.5 percent.

bZ4X Recall Shortly After The Start

Toyota itself started late and kind of unsuccessfully in the electric car segment. The group's first purely electric car, the bZ4X, was only presented last November. Because the wheels came off while driving, thousands of bZ4X cars had to be recalled two months after the introduction.

The group has a tense relationship with electrification. Toyota boss Akio Toyoda drew attention in 2020 with the comment that the electricity would run out "when everyone drove electric cars." Toyoda also warned of the loss of millions of jobs to electrification.

In any case, Toyota announced last May that it would expand its model range to 70 electrified vehicles by 2025. However, there will only be 15 fully electric vehicles among them.

Lee Ervin wrote on September 2, 2022 - 8:58am Permalink
I'd be willing to say that Toyota knows a thing or two about the global automotive market, and if that market isn't truly ready for EVs yet, then it is probably true.
JohnIL wrote on September 19, 2022 - 12:35pm Permalink
The broader world market certainly isn't ready. Some third world countries struggle with electricity let alone many thousands charging EV's. Cost of electricity even in Europe and US already going way up with demand. Nobody will tolerate waiting in line for a charge station either. Already read stories about people arriving at a public station and they are out of order. Bottom line the changeover won't happen as soon as the green people think it will. In the end demand will dictate how fast EV's are adopted. Average age of vehicle is over 10 years and people finding it difficult to put food on the table. Let alone buy a EV to save the planet when it will hurt their pocketbook more. Just unrealistic expectations for many of the population.